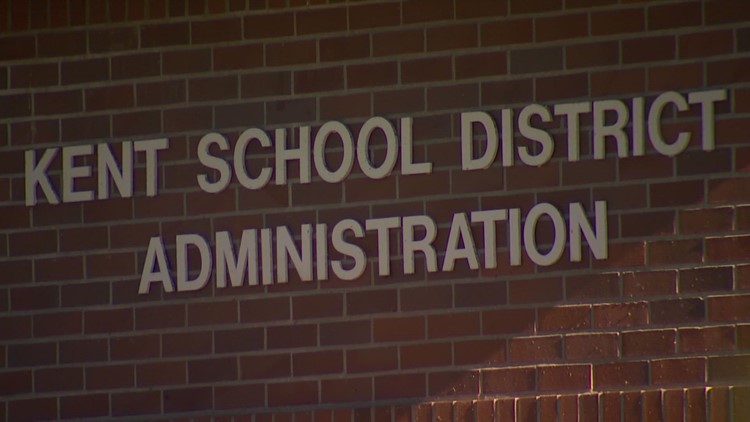 “Knave of Hearts (And Other Parts)” drew criticism from parents and school district staff.

KENT, Wash. — The Kent School District will vote Wednesday on whether to ban a book from its middle school libraries. The Washington chapter of the American Civil Liberties Union (ACLU) is threatening potential legal action if the book is removed.

For months, Kent librarians have been working to resolve concerns about a book called Jack of Heart (And Other Parts). The book is about an LGBTQ+ student who is being blackmailed.

“The main story is about him trying to figure out what’s going on here and to protect himself and how he doesn’t get any support from the school administration or even some of his peers,” said Scott Quinn, librarian at Meeker Middle Scholl in kent

The book was found at Cedar Heights Middle School and challenged by Keri Allsop, who claims to be a parent or guardian of a student in the district. The book covers topics such as sex and drugs and uses profanity.

A 15-member educational materials committee voted 12 to 3 to remove the book. Cedar Heights Middle School’s principal agrees that the book should be removed. The director said in a letter that it was not suitable for children aged 12-13. The school board will vote on Wednesday whether to officially ban it from the library.

The book is not required reading. District librarians believe it is appropriate and beneficial for some older middle school students.

“It covers a lot of topics that are relevant to some of our LGBTQ students. So we wanted it to be available as an option when students are at a point where they need it,” said Quinn.

If the board votes to ban the book, it likely won’t be the end of this dispute.

“We have reason to believe that there are groups that will question the legitimacy of the ban,” Quinn said.

These groups include the ACLU-Washington and the Gay, Lesbian & Straight Education Network. The groups sent a letter to the district on Monday calling the possible ban unconstitutional.

“The Board has no basis for denying students access to a particular book because of certain parent dissatisfaction and discomfort with the contents of the book,” the ACLU wrote in its letter.

Librarians plan to plead their case to keep Knave of Hearts at Wednesday’s school board meeting. Depending on the vote, the ACLU could take legal action.

“We plan to continue to monitor this situation and will decide how to proceed after the June 8, 2022 board meeting. An immediate correction of the decision to remove this book is necessary,” the letter said.

“I really hope we get it sorted out by then because that’s a whole lot of money on both sides that could be better elsewhere,” Quinn said, explaining why it’s not an issue, or work with them to sort it out to find a way to ally it.”

Free press, women's issues highlighted at Summit of the Americas

90 Day Fiancé: Yvette Arellano and Mohamed Abdelhamed Fight It Out Over Wedding and Green Card