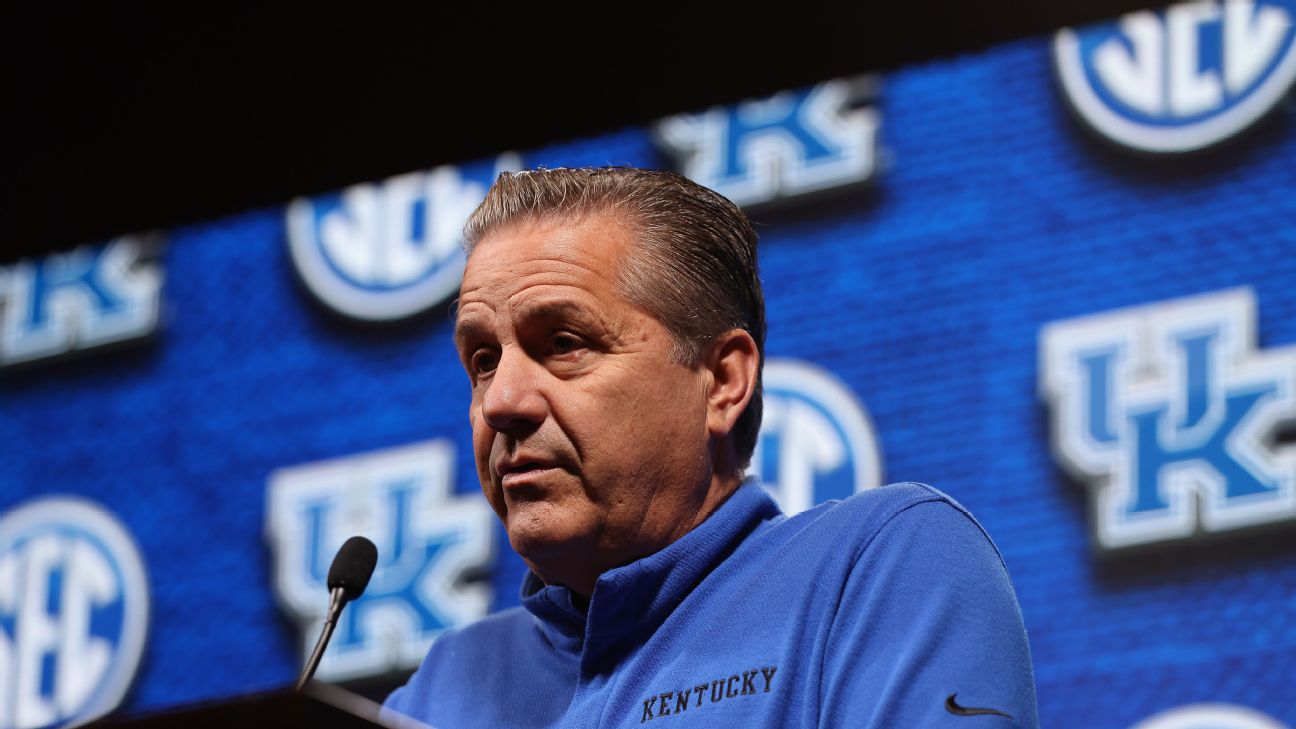 When Mollie McGuire answered the phone Monday after seeing a number she didn’t recognise, the caller on the other end said, “Hello? This is John Calipari.”

“I was stunned,” McGuire told ESPN.com.

A photo of McGuire’s husband Michael, a miner, had gone viral after he arrived at the Kentucky men’s basketball blue-white scrimmage in Pikeville, Kentucky on Saturday with fresh soot on his face while wearing his work uniform and boots.

Thank you everyone for your incredible response to this. Nobody gathers like them #BBN!

We look forward to the hospitality @mcguire_mollie9, her husband Michael and their family at a game soon!! https://t.co/2OpC5tkjag

McGuire said her husband left the mines and immediately drove to the game to be with his wife and their three-year-old son Easton. Though tired from a long shift, Kentucky’s scrimmage was the first live basketball game her son had attended, and he didn’t want to miss it.

McGuire said her husband was unaware of the commotion surrounding the photo because he had been in the mines all day.

Reaching out to Mollie McGuire on Monday, Calipari offered her family tickets to an upcoming game and “VIP” treatment at the Rupp Arena.

Calipari had arranged the scrimmage at the Appalachian Wireless Arena to raise money for communities in eastern Kentucky that had been hit by flooding over the summer.

Mollie McGuire said her family avoided the devastation suffered by other families during the floods that killed 39 people in that part of the state in August. Her family – they also have a 1-year-old daughter – packed up bags of clothes and gave them to family and friends who had lost everything.

She said Kentucky’s fundraiser will help those families.

“It’s amazing that these guys came here and raised money,” she added. “It will put a roof over people’s heads.”

The Times podcast: The fight over Squaw Valley's name

Uncle Sam Wants You for a Military Job That Matters

Matt Ryan after benching – Have to embrace being Colts backup