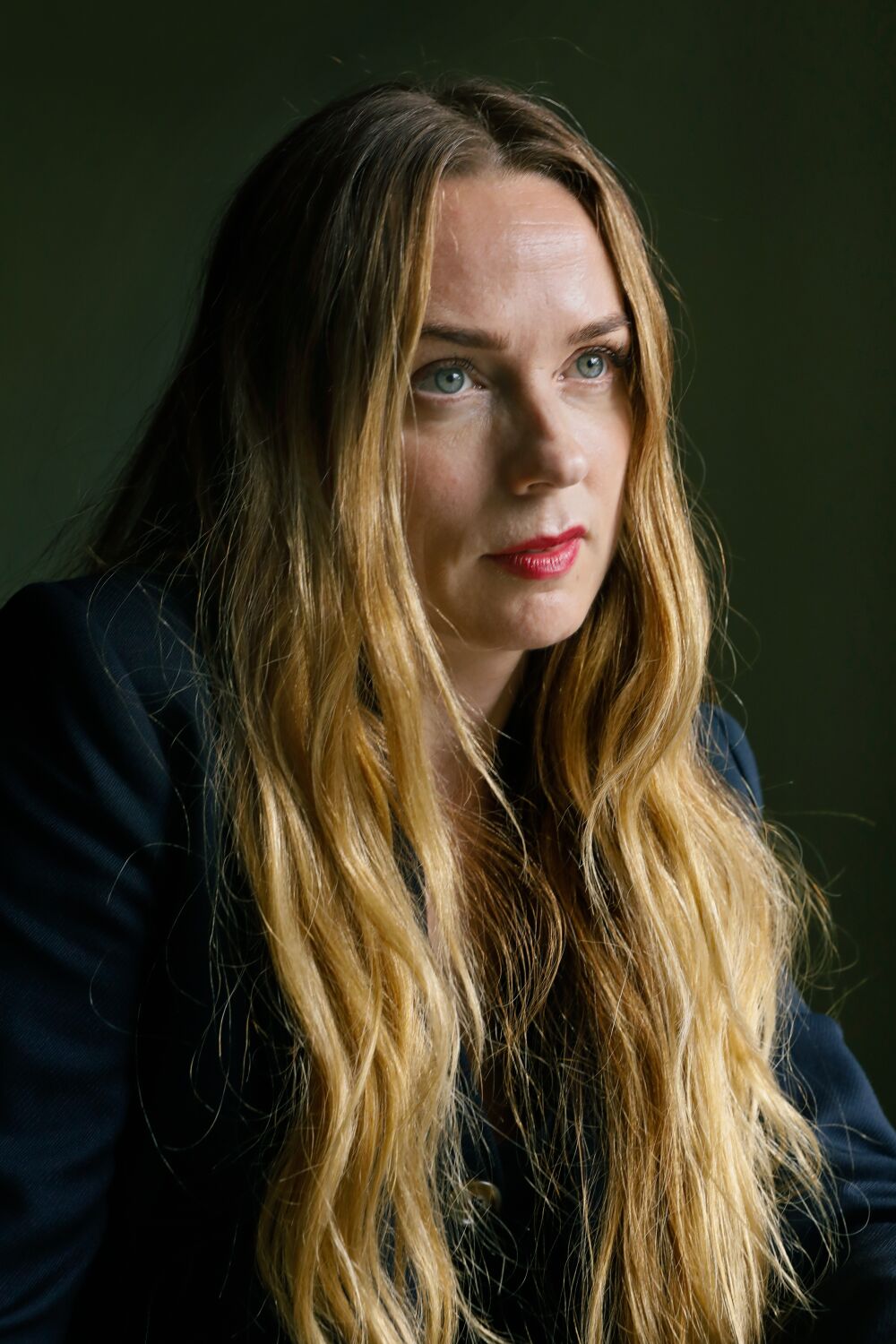 Growing up in County Tipperary, Ireland, Kerry Condon spent so much time planning her escape that her father nicknamed her “Fledgy-poo”. “Like a fledgling bird just wanting to leave the nest,” says Condon, who by the age of 10 was sending letters to showbiz heavyweights like former CAA chairman Mike Ovitz. “I totally thought I was a brilliant actress. And everyone around the world needed to know that. I think I was kind of insane.”

The Legendary Agent may not have responded, but Fledgy-poo was on to something. She landed a role in Angela’s Ashes when she was 16 and appeared in Martin McDonagh’s play The Lieutenant of Inishmore two years later. In 2006, she became the youngest actress cast as Ophelia in the Royal Shakespeare Company’s Hamlet. Since then she has been unstoppable.

McDonagh’s latest film, The Banshees of Inisherin, has made a fuss over the fact that it reunites Colin Farrell and Brendan Gleeson as guilt-ridden hitmen 14 years after their remarkable chemistry in McDonagh’s directorial debut, In Bruges. But fair and equal attention was given to Condon’s moving role as Siobhan, sister to Farrell’s easygoing Pádraic, and the smartest, most soulful and possibly the only rational person on the remote island off the coast of Ireland.

You’ve acted in at least three of Martin McDonagh’s plays. In fact, he wrote Siobhan with you in mind. What did you find very familiar?

At first you weren’t too fond of Siobhan. What has changed?

The other [characters of McDonagh’s I’ve played] was so much fun. They’re crackers, with great lines and that childlike confidence that doesn’t hold back at all. Siobhan keeps things private. I had the feeling that she carried a sorrow with her. That turned out to be more difficult to play. I had to play it like she had all that weight, but she also had to be kind of hopeful.

Is there a difference in putting the humor in a McDonagh film or one of his plays?

There’s a timing to it. When we rehearsed the pieces, you had a feeling [when a line] will bring laughter. So take a break, or be ready to take a break so you can laugh, and then come in with the line. I remember saying to him [with “Banshees”]”But what if they laugh while I’m saying my line?” And Martin said, “Then you’ll just have to watch the movie twice.” [Laughs]

She and Colin Farrell are pretty compelling siblings. Was that luck or strategy?

Colin is very close to his sister and I am very close to my brother. I’m kind of going back to who I was growing up. We just joke with each other, make each other laugh. But I also had to think about the fact that there’s nothing sexual about being with your brother — and that’s something you really have to think about when you’re in the room with Colin Farrell. [Laughs] I can’t worry about my looks or how I look when I say a certain phrase.

There was no element of trying to look attractive. I took all these things with me. Because when you’re with your siblings, you just feel super comfortable with everything.

Comfortable enough that Siobhan and Pádraic sleep together in the same tiny bedroom.

I guess, you know, they just did that when they were kids. And I think that’s what made Siobhan think, “I’m stuck here.” I wondered if she read romance books. Like, “There’s so much more to my life.” She’s been trapped in the house in the past.

She was just a young little animal. There was only so much her attention span would do. We set it up so that we would get a lot of our stuff done first. Then bring in Jenny at the last piece. She was sometimes unpredictable. You would just have to go with it.

An example of donkey improvisation, please.

In this scene where I come in and [Jenny is inside the house] and I say, “For God’s sake, Pádraic!” Jenny should remain seated, but she just gets up and walks out of the room. But we decided that’s the scene: Jenny decides, “I’m out of here.” It’s almost like children: you have to be prepared, patient, very gentle. Calm.

Yes. Rosie was also her close friend. When Jenny was in the house, so was Rosie, but off camera. If she couldn’t see Rosie, she would get upset. I liked Rosie. I felt like she was the understudy that wasn’t praised. So I would rub her a little more than Jenny. I didn’t want Rosie to feel like she wasn’t special.