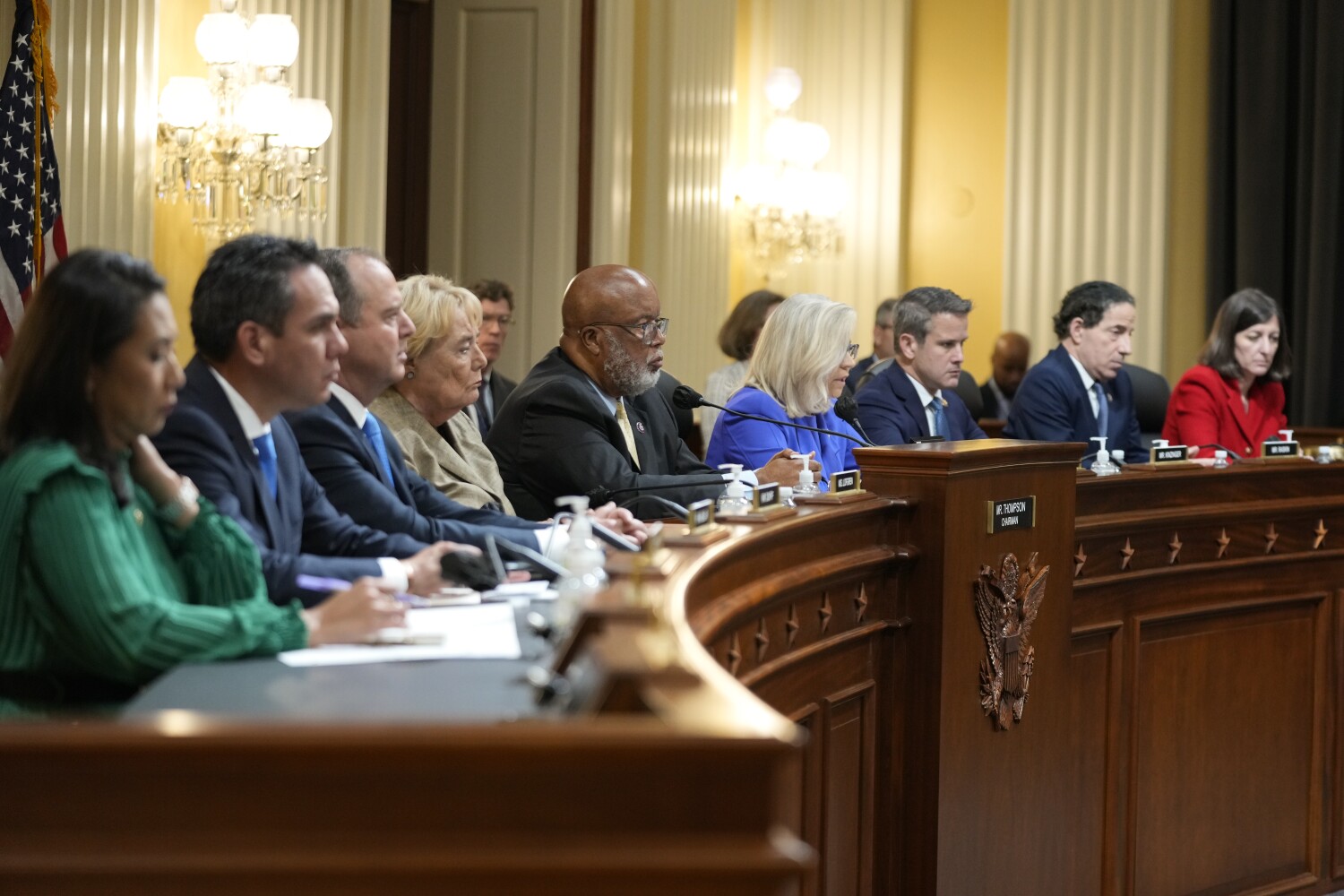 The House Select Committee tasked with investigating the root causes of the Jan. 6 riot held its first public hearing Thursday night after nearly a year of conducting an inquiry behind closed doors.

The committee’s chairman, Rep. Bennie Thompson (D-Miss.), opened the hearing by saying former President Trump’s false claims led to the riot and were “the culmination of an attempted coup.” He said the federal government “can’t sweep what happened under the rug.”

Here were some key takeaways:

A video statement from Trump’s former Atty was shown. General William P. Barr said he told Trump he disagreed with his allegations of voter fraud and spoke to the former president three times after Election Day. Barr said he “made it clear that I didn’t agree with the idea of ​​saying the election was stolen and putting out this stuff that I told the president was bullshit.” Barr said he “wanted to.” not be a part of it,” and said the rhetoric was part of the reason he quit the job.

“You cannot live in a world where the incumbent government stays in power on the basis of their view without being backed by specific evidence … that there was fraud in the election,” Barr said.

The House committee showed video footage of former White House adviser Ivanka Trump’s virtual deposition and said she accepted Barr’s assessment that the 2020 presidential election was not stolen from her father. Barr’s claim “affected my perspective,” she said.

“I respect Attorney General Barr, so I accepted what he said,” she said.

McCarthy implored the Trump family to fight off the mob

The committee’s top Republican representative, Liz Cheney (R-Wyo.), said that House Minority Leader Kevin McCarthy (R-Bakersfield) was “terrified” and asked several of Trump’s family members to quell insurgents “after he couldn’t convince the President himself”. The admission comes as a surprise to McCarthy, who has sought to distance himself from his earlier criticism of the former president’s actions that day. The Californian downplayed the riot and incited Republicans against Cheney over her involvement in the House Select Committee.

“It was kind of like I’d seen it in movies,” said Edwards, the first officer who was injured by rioters that day. “I could not believe my eyes. There were officers on site. you know they bled They threw up. I mean, I’ve seen friends with blood on their faces. I slipped in people’s blood. You know I caught people as they fell. It was carnage. It was mayhem. I can’t even – I can’t even describe what I saw. I never in my wildest dreams thought that I would find myself as a police officer, as a law enforcement officer, in the middle of a fight.”

Meadows attempted to rewrite the narrative of Trump’s response

Former White House Chief of Staff Mark Meadows wanted to “establish the narrative that the President is still in charge,” according to a video testimony by Chairman of the Joint Chiefs of Staff Gen. Mark Milley, shared by Cheney.

Cheney noted that Trump had been silent for most of the day; He did not call on federal law enforcement to quell the siege at critical hours. Milley said Vice President Mike Pence responded very differently, using “explicit” and “very direct” language to urge the military and National Guard to stop the insurgency. According to Milley, Meadows said the administration must “destroy the narrative that the vice president makes all the decisions.”

Milley said Meadows’ remarks were a “red flag” and that he interpreted them as political.

History is What States Make of It

Man pleads guilty to smuggling reptiles in his pants while crossing U.S.-Mexico border