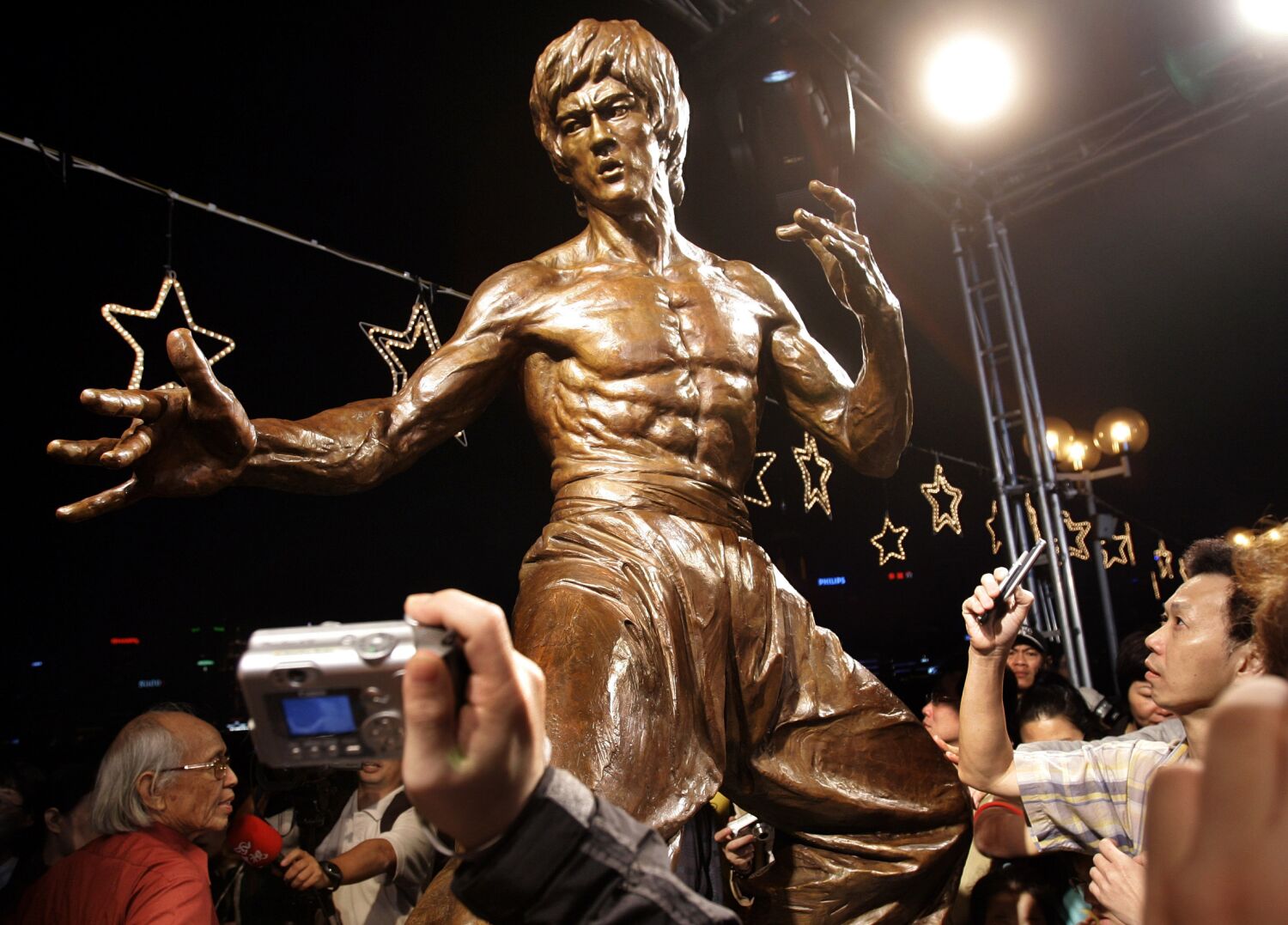 Did too much water kill Bruce Lee, the martial arts legend known for saying “Be water my friend”? That’s the idea put forward in new research by a group of kidney specialists from Spain.

“Who Killed Bruce Lee? The Hyponatremia Hypothesis” will be published in the December 2022 issue of the Clinical Kidney Journal.

“Lee died under mysterious circumstances on July 20, 1973 in Hong Kong at the age of 32,” reads the newspaper, looking at the mythology surrounding the actor’s death. “So far, Bruce Lee’s cause of death remains unknown, although numerous hypotheses have been put forward, ranging from assassination by Triad gangsters to a more recent 2018 suggestion that he died of heat stroke.”

The research of kidney specialists is based on public documents, books and other clinical research.

A manager of Shannon Lee, Bruce Lee’s daughter, did not immediately respond Monday to the Times request for comment on the paper and its conclusion.

On the day of Lee’s death, the newspaper said, he and producer Raymond Chow drove to Betty Ting Pei’s home, where Lee spent “a few hours alone” with Pei, using marijuana. Lee re-enacted some scenes from an upcoming movie and then, after drinking some water around 7:30 pm, developed a headache and dizziness.

Pei gave Lee an Equagesic pill and Lee went to a bedroom to rest, the newspaper said. Equagesic is a combination of aspirin and meprobamate. Meprobamate is an anti-anxiety medicine sold under the brand names Miltown and Equanil.

Pei found Lee unconscious two hours later, according to the newspaper. A doctor who was called unsuccessfully attempted CPR, and Lee was taken to a nearby hospital, where he was pronounced dead.

(Incidentally, a July 1973 Times report said that Pei initially categorically denied that Lee was found at her home, while ambulance company sources swore they picked the actor up at her place. Time seems to have mended that split. )

Lee’s death was officially ruled as the result of cerebral edema – a swelling of the brain. While a normal human brain weighs about 3 pounds, Lee’s reportedly was closer to 3½ pounds.

The paper’s authors offer their theory on what caused the swelling.

“[W]We suspect that Bruce Lee died from a specific form of kidney dysfunction: the inability to excrete enough water to maintain water homeostasis. This can lead to hyponatremia, cerebral edema, and death within hours if excess water intake is not offset by water excretion in the urine, consistent with the timeline of Lee’s death.

Hyponatremia is a lower than normal level of the electrolyte sodium in the blood. The authors note that Lee did not appear to have drunk enough water that day (six to eight liters) to induce hyponatremia in a normal person, but cite evidence from various books and publications that suggest he may be due to certain behaviors was predisposed to this condition.

In other words, according to the paper, Lee did a lot of things that upset the normal water balancing mechanism in his body, including chronic high water intake and a juice diet. This made him more susceptible to hyponatremia, in which the body holds on to too much water, causing symptoms such as nausea, headaches, convulsions, confusion, fatigue, seizures, and in severe cases, coma from rapid brain swelling, which can lead to death.

“The fact that we are 60% water does not protect us from the potentially fatal consequences of drinking water faster than our kidneys can excrete excess water,” the study authors conclude. “Ironically, Lee made the quote ‘Be water my friend’ famous, but excess water seems to have killed him in the end.”

Lee’s cause of death has long been a source of speculation and controversy given the mythology surrounding the popular martial arts star.

The story went a little further than the autopsy, saying, “The date was July 20, 1973. The cause of death: cerebral edema, a swelling of the brain that occurred after Lee took too much aspirin.”

It was also noted that towards the end of his life, Lee suffered “several public blows” to his heroic image.

“For one thing, he had developed a serious cannabis addiction,” the story reads. “Secondly, he had an extramarital affair. (Although Lee was married to his American college sweetheart, Linda Emery, who raised his two children, Brandon and Shannon, he died in bed with Taiwanese actress Betty Ting Pei.)”

Cadwell, in her letter to The Times, said the story “sunk into the depths of tabloid journalism as it sensationalized the life and death of an extraordinarily gifted human being.”

She condemned the author’s assumption that Lee consumed a lot of weed, and stuck to Lee’s official cause of death.

“Without going into every detail, let me refute this for those who want to know the truth: Bruce died of cerebral edema caused by hypersensitivity to an ingredient in a prescription drug called Equagesic,” Cadwell wrote. “This determination comes after an exhaustive nine-day investigation by the coroner, hearing testimonies from forensic pathologists around the world who examined every tissue in Bruce’s body.”

She also challenged the notion that Lee was having an affair. The new paper’s authors say only that Pei was “believed” for Lee’s mistress.

“Your reporter … jumps to the conclusion that because he lay down with a headache at an actress’ house and subsequently died from the prescription drugs she gave him, Bruce had an extramarital affair. These types of statements reported as fact are purely speculative hearsay, the product of a 25 year rumor mill kept alive by the gossip of people who were never there, including your reporter and others mentioned in the article quoted,” Cadwell wrote in her scathing letter.

“I’ve seen and heard every juicy vicious rumor about the life and death of Bruce Lee over the years. But I could not stand by and watch this newspaper, which once had standards of integrity and decency, sink to the level of journalistic trash talk.”

Lee is not a perfect person, Cadwell said, “just someone who has done more good than evil in his short time on this earth. Overcoming many obstacles in his life — overcoming racist attitudes, surviving poor economic circumstances, overcoming physical injury — he distinguished himself as someone worthy of being admired and emulated.”

If the new paper is on target, however, this emulation should stop before excessive fluid intake.

How the U.S. respond to Wales draw will decide World Cup fate

Fugitive extradited from Singapore to Oakland after 20 years

5 potential signings Liverpool should make in 2023 without Bellingham

Woman Roasts Ari Fletcher Over Paid Promo Post: That Picture Is A Hot As* Mess!!