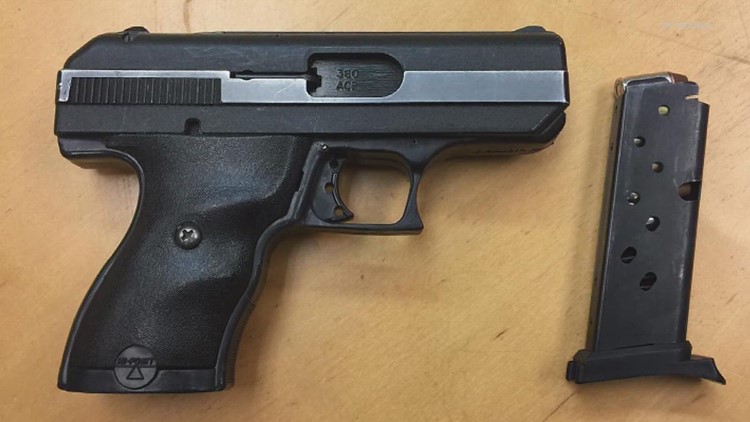 King County Council will vote Tuesday on whether to proceed with a year-round voluntary safe firearms and ammunition return program.

“I think it can save lives by reducing the number of guns out there because we know having guns in homes dramatically increases the risk to the people who live in those homes,” Councilor Rod Dembowski said on the whole Council meeting last Wednesday.

King County Sheriff Patti Cole-Tindall said the county already has a voluntary return program. She said the returned firearms would be sent to a facility in east Washington where they would be destroyed. The county’s proposal would likely allow for an expansion of this program.

“We know sometimes there are firearms that people don’t want, or sometimes we know a parent will find a firearm that their child brought into the home,” said Cole-Tindall.

If the proposal is accepted, the county government will be asked to assess whether the sheriff’s office can host one or more special buyback events each year, the ability to provide financial or other incentives to encourage participation, and the overall cost of a year-round volunteer program for the safe return of firearms and ammunition.

“Any number of guns that we can take off the street, that’s a win,” said Cole-Tindall.

Cole-Tindall said while she supports a more robust return program, she doesn’t think it will have a significant impact on the current rise in gun violence in the county.

“We know there are a lot of illegal guns on the streets, so I don’t think (a gun return program) is going to care about (gun violence),” Tindall said. She believes the program needs to be part of the county’s overall plan to combat gun violence.

Council members conceded at their Wednesday meeting that more needs to be done to tackle gun violence. King County Council held a discussion on gun violence prevention with community groups on Wednesday. It was the second of three meetings the council plans to use to help draft possible legislation on violence disruption.

The report of the Arms and Ammunition Returns Proposal states that programs vary, but typically may involve “anonymous or “no questions asked” participation.” Tindall said it was a detail she felt needed to be discussed prior to formal approval.

“We have to check that. I don’t know what the ordinance the county is proposing would say, but I think if it’s a stolen firearm, we’re still a law enforcement agency whose primary job is to enforce laws. ‘ said Cole Tindal.

The county will vote on the proposal during its full committee meeting at 1 p.m. Tuesday.

When is the US going to approve second COVID boosters for all?

Fauci to retire by end of Biden’s term, CNN and Politico report