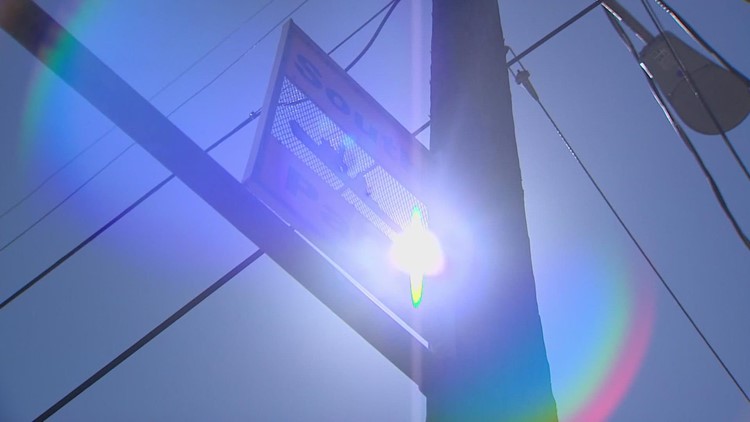 The county is developing its first-ever strategy to contain extreme heat and will address the impact of temperature differentials.

SEATTLE – This week’s heat can feel different depending on where you live.

King County says this is creating inequality in some low-income and communities of color. The county is developing its first-ever Extreme Heat Response Strategy and will address the impact of heat inequities.

Shizuno Wynkoop is the manager of Resistencia Coffee in Seattle’s South Park neighborhood. She said hot days highlight the neighborhood.

“I mean, South Park is always a bit hotter than anywhere else in town, mostly because of all the pavement,” Wynkoop said. “It’s like a section of 99, Highway 99, cutting right through South Park.”

According to Wynkoop, it heats up more in the neighborhood due to a lot of concrete and a lack of trees.

Lara Whitely Binder, manager of King County’s climate preparedness program, first explained the issue to KING 5 last year. King County conducted a heat mapping project. On one day in July, the drivers set out on 15 predefined routes at the same time, collecting temperature data and realizing that there can be more than 20 degrees difference depending on the zip code.

“We expected the urban heat island effect. I think we were surprised to see how big the temperature difference was,” Whitely Binder said in August 2021.

“We still have a lot of low-income residents living in South Park,” Wynkoop said.

Whitely Binder said the heat disparity is impacting low-income and communities of color.

“There aren’t many air conditioners down here, so people have a lot of small window units,” Wynkoop said. “If King County could go ahead with creating some initiatives to help communities like South Park have more green space, fresher air, less concrete, that would be great.”

As the county develops its extreme heat containment strategy, the county is working with a task force to ensure the strategy is equitable.

Real Housewives of New Jersey (RHONJ): Luis Ruelas Denies Rumour That He And His Wife Teresa Giudice Billed The Gorgas For Missing Their Wedding