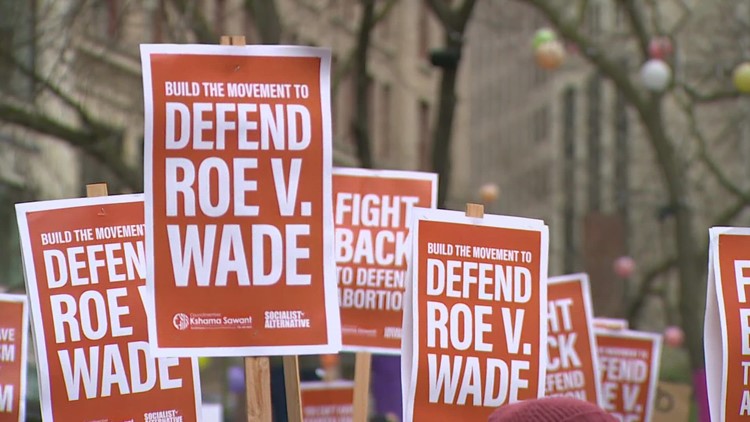 With a decision by its conservative majority, the Supreme Court ended the constitutional protection for abortions, which had been in force for almost 50 years. The result is expected to lead to abortion bans in about half of US states.

King County Executive Dow Constantine said the $1 million abortion emergency fund will include $500,000 for the Northwest Abortion Access Fund and $500,000 for public health in Seattle and King County.

“It’s clear that the court’s sinister decision won’t actually prevent abortion — rather, it will take us back to a time when abortion wasn’t safe,” Constantine said in a press release. “My government will continue to support providers, public health workers, women, transgender and non-binary people and families to ensure King County remains a safe and welcoming place to access abortion treatment, family planning services and the right to privacy .”

Seattle Mayor Bruce Harrell said the city is working to expand access to reproductive services as demand is expected from people out of state seeking safe and accessible care.

The City of Seattle is also investing $250,000 in the Northwest Abortion Access Fund, Harell said.

“Men have a duty to stand by the women of our country whose constitutional rights have been wiped out,” Harrell said in a statement. “A decision like this makes hope difficult and threatens our most precious rights and freedoms. In Seattle, however, we oppose that decision — period — and will ensure our response is grounded in a shared commitment to uphold and expand our city’s embrace of privacy, liberty, and shared values.”

Hours after the reversal, Gov. Jay Inslee announced a multistate partnership with California and Oregon to “defend access to reproductive health care, including abortion and contraceptives, and pledged to protect patients and physicians from other states’ efforts to uphold their abortion bans.” export our states.”

“The law remains unchanged in Washington state, but threats to patient access and privacy have never been more dangerous,” Inslee said in a press release. “Even in Washington state, Republicans have introduced about 40 bills in the last six years to reverse abortion rights and access to reproductive medicine. The right to vote shouldn’t depend on which party holds the majority, but that’s where we are.”

Inslee said more than half of the country’s population does not have safe access to abortion.

Trigger laws were developed in 13 states to take effect if Roe v. Wade was lifted. Other states with conservative legislatures will likely try to pass partial or total abortion bans. According to the Guttmacher Institute for Abortion Rights, nine other states fall into this category.

One of Washington state’s neighbors, Idaho, passed a trigger bill to ban all or most abortions.

“Washington State remains steadfast in its commitment to protecting the abilities and rights of all patients who come to our state in need of abortion treatment, and we will fight hell to restore that right to patients across the country,” Inslee said.

Despite the Supreme Court ruling, abortion rights are currently protected in Washington state.

However, Inslee warned that if Republicans get the majority in Washington state, they would ban abortion in the state “in no time.”

Which legend would clubs bring back if they could? Thierry Henry, Roy Keane, Carles Puyol and more

Exports, the Engine of China’s Slowing Economy, Are Sputtering