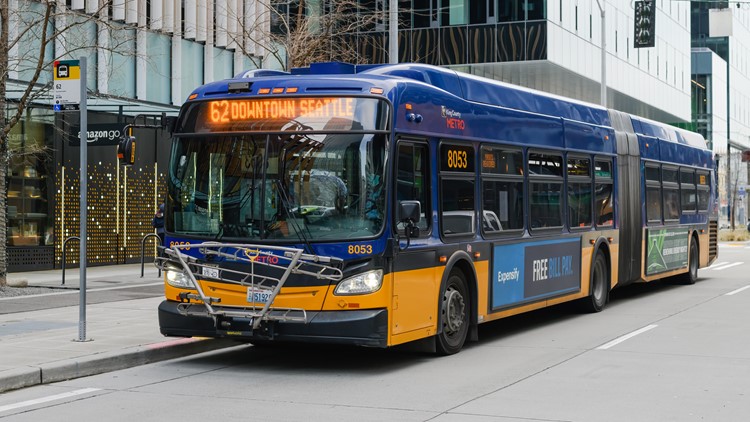 Beginning Thursday, those under the age of 18 can ride public transit through Puget Sound for free, including King County Metro, Pierce Transit, Sound Transit and more.

SEATTLE — Those under the age of 18 can finally take advantage of free transit travel in several Puget Sound communities starting Sept. 1 thanks to the Free Youth Transit Pass.

Beginning Thursday, young drivers can use their blue youth and student ORCA cards, show their student ID, or just hop on and ride for free, according to King County Metro.

Of the 329,000 students enrolled in King County public and private K-12 schools, only about 25,000 students had access to subsidized ORCA cards during the school year, according to King County Executive Dow Constantine’s office. King, Snohomish, Pierce and Kitsap counties have an estimated 645,000 young people aged 6 to 18 years.

“Free Youth Transit Pass is an intergenerational linchpin that is building a fairer and more sustainable future for our youth while empowering them and providing families with the financial help they need,” said Constantine.

The Free Youth Transit Pass is made possible by funding from the state’s Move Ahead Washington transportation package, which signed into law earlier this year.

King County Metro is expected to receive an estimated $31.7 million in grants to implement the Free Youth Transit Pass. According to King County, the funding exceeds the estimated $10 million in annual fare revenue from people under the age of 19.

Can monkeypox spread on clothing or grocery items? An expert weighs in

Nicholas Goldberg: How many times has Biden said, ‘We’ve got to act’ on guns? What’s taking so long?