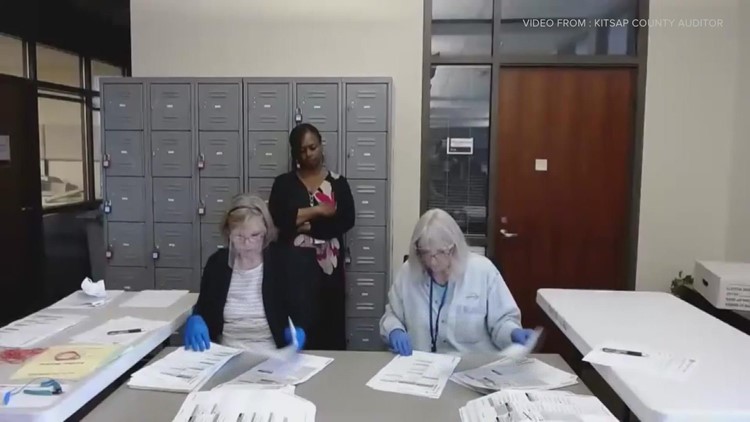 Republican challenger Rick Kuss said the purpose of the recount was not to overturn the election, but to see if there were any flaws.

KITSAP, Wash. — A group of Kitsap County citizens paid $31,060 in cash to fund a recount in a split race in which the Republican sheriff candidate lost the November election by nearly 20,000 votes.

Kitsap County Auditor Paul Andrews said his team will start counting votes by hand on Monday and the process could take several weeks to complete.

The race between Republican challenger Rick Kuss, who faces incumbent sheriff John Gese in November, isn’t even over. The final tally showed Kuss with only 42% of the vote.

But state law allows six or more citizens to request a recount in an election, as long as they pay for it.

Kuss said in a phone interview with KING 5: “The aim was not to overturn the election, but to see if there were any flaws.

Kuss said he was not part of the group, but he helped them raise funds to pay for the recount.

Kuss said there has been much debate within the Republican party about the accuracy of electronic counting machines and the election process itself. He said the team wanted to test how reliable the initial vote counting results were. He said he didn’t expect the recount to change the vote count that much.

Kuss said he only met the chairman of the fundraising group, William Campbell of Bremerton, recently. Five other Port Orchard citizens also signed the petition for a recount.