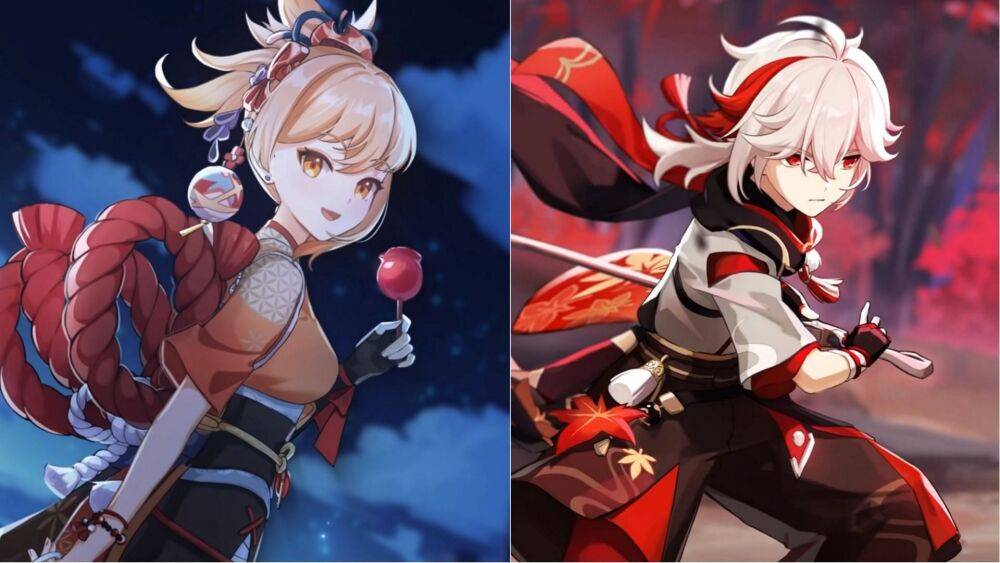 Genshin Impact 2.8 will see the return of several fan-favorite characters and will allow players to re-summon them.

Kaedehara Kazuha and Yoimiya will appear in this update’s replay banners along with Klee and the new 4-star Shikanoin Heizou. This update allows fans to summon some powerful characters and expand their roster of powerful choices before the Traveler heads to Sumeru. Genshin Impact’s next update will see the return of several fan-favorite 5-star characters along with a brand new 4-star addition.

They will deal incredible damage to a team, along with insane utility and tons of value. Fans should make sure they’ve saved Primogems for the next update if they plan to get Kaedehara Kazuha, Yoimiya, Klee, or Shikanoin Heizou. Kazuha, Yoimiya and Klee are all scheduled to be repeated during this update, and the trio of crimson characters are all worth summoning.

Fans can expect Klee in the first half and Yoimiya in the second, although Kazuha is a bit more difficult to place. He could be alongside one of those powerful Pyro characters, although chances are he’ll be the first to coincide with the July 13th update. Shikanoin Heizou will also appear on the upcoming banners, although the banner he will appear on is currently unknown.

Elliott: Their offense is great, but it's defense that gives the Avalanche the look of a champion

What Does It Look Like and When Will You Get It?