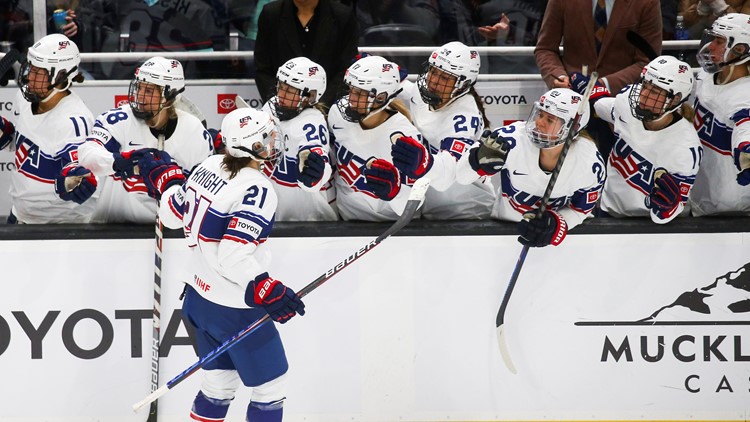 Hilary Knight had two goals and an assist, Nicole Hensley had 22 saves and the United States defeated Canada 4-2 in the Rivalry Series for the third straight season.

Abby Roque and Savannah Harmon also scored for the USA, who won 4-3 on penalties on Tuesday and 2-1 on Thursday7 to open the series.

Marie-Philip Poulin and Sarah Nurse scored for Canada, and Ann-Renée Desbiens made 25 saves.

The USA will host the fourth game of the series on December 15th in Henderson, Nevada. Further dates and locations will be announced.

Roque scored 1:10 in the second period to give the USA a 2:1 lead. About 5 minutes later, Knight got their first goal of the night to give the Americans a two-goal lead.

Knight scored the third goal 7:37 on the power play to seal the win.

Harmon scored after 40 seconds but Poulin equalized for Canada with 7:50 remaining in the first period.

Canada defeated the USA 2-1 in Denmark in September for the world title. The Canadians also beat the Americans 3-2 in the Olympic final in Beijing in February.

Canada went 3-1-1 against the United States in last season’s Rivalry Series, which was disrupted by the pandemic.

Biden Signs Up for Climate Reparations

Doncic has 3-pointer overturned as Mavericks fall to Nuggets