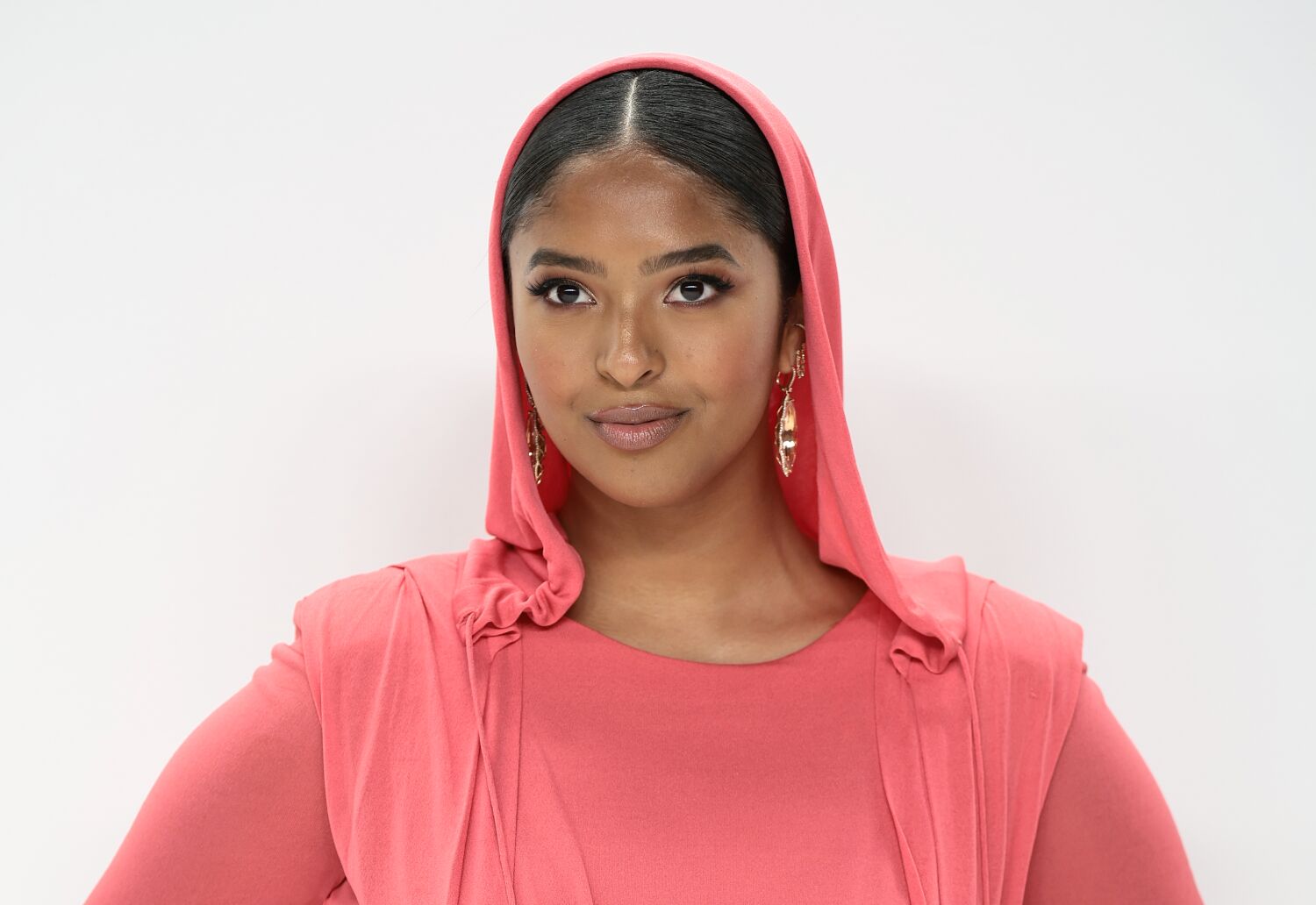 The daughter of the late Kobe Bryant has issued a restraining order against a 32-year-old Sun Valley man, claiming he has stalked her since she was a minor, according to court records.

Natalia Bryant, 19, claims Dwayne Kemp began harassing her on social media in 2020 when she was 17 and a sixth form at Sage Hill School on Newport Coast. Kemp is described as a gun enthusiast in Bryant’s application for a restraining order in Los Angeles County Superior Court.

Bryant’s attorney attached screenshots from Kemp’s social media account, including a picture of Kemp buying a rifle a few days after trying to locate Bryant earlier this month at USC, where her filing says she is a sophomore.

While Bryant said she never met Kemp, he started texting her on Instagram when he was 30 and spoke to her as if they were in a relationship. He sent her kissy face emojis and hearts and threatened to meet her at her sorority home and on the USC campus.

“I don’t feel safe,” Bryant said in her filing.

Bryant’s attorney believes Kemp has been trying to contact her for several years to declare his unrequited love. Several samples of his Instagram messages were included in the submission.

In other messages, he asked to be reconciled, as if the two had once been romantically involved and fell out. He told her that he wanted to have a child with her who, according to the file, could be just like her father.

Former Lakers star Kobe Bryant and his 13-year-old daughter Gianna died along with seven others when their helicopter crashed into a hillside above Calabasas on Jan. 26, 2020.

As recently as Nov. 2, Kemp traveled from Sun Valley to the USC campus to find Natalia Bryant and meet her in person, according to a USC campus police report attached to the filing. Kemp brought a bouquet of marigolds to campus and asked about Bryant at the dean’s office. He asked her name, and when staff told him she wasn’t there, Kemp said he’d already gone to her house but she wasn’t there, the report said.

Kemp then wandered the school’s hallways with the bouquet, according to a still from the school’s security camera included in court records. Kemp claimed he wanted to give Bryant the flowers because he understood it was an important day in their family. November 2nd was Día de Muertos.

“It appears that the issue may have referred to Natalia’s late father, Kobe Bryant, and to Natalia’s mother, Vanessa Bryant’s partial Hispanic heritage,” a campus police report said.

While Kemp did not identify himself by name, campus police included screenshots from his Instagram account. This included a photo of him carrying the bouquet on a subway train that same day and a photo of himself. There were also numerous photos of Bryant on Kemp’s social media feed.

A security guard told campus police that an unidentified man tried to find Bryant off campus and left flowers at her fraternity house, according to the file.

A few days after Kemp visited USC, he posted images of a pistol-style AK-47 pistol on social media with the word “next” implying that he would buy those firearms. He also announced that he wanted to buy a “Glock switch,” an illegal device that would allow a Glock semi-automatic pistol to function as a fully automatic firearm, according to court filings.

On November 9, Kemp posted three videos of himself in a gun shop buying a rifle. He pointed the rifle at the camera, asked a salesman if he could remove the buttstock from the rifle, and asked if the rifle would come with a switch to make it fully automatic, the filing said.

On Nov. 16, a detective with the Los Angeles Police Department’s Threat Management Unit sent a letter to Kemp informing him that his actions were unwanted and potentially illegal, according to a copy of the letter attached to the filing .

Kemp has been arrested at least four times for misdemeanors, including one involving a gun, and Bryant’s attorneys allege that there are multiple warrants out for Kemp’s arrest. Kemp has at least one registered firearm that is now in police custody, the filing said.

Two mass shootings in three days. Are these copycat crimes?

Congress is moving toward fixing the way it counts votes for president, but it won’t be easy