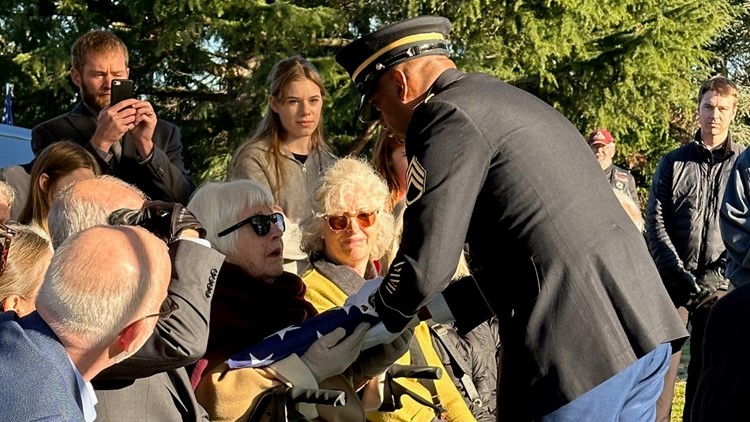 Army Sergeant Allen Tuttle was reported missing on December 2, 1950, after his unit attempted to withdraw from North Korea.

BELLEVUE, Wash. – A man from Tacoma who was killed in the Korean War has finally been laid to rest in Bellevue.

Army Sergeant Allen Tuttle was reported missing in action on 2 December 1950, after his unit attempted to withdraw from Korea following the Battle of Ch’ongch’on.

American soldiers incarcerated during the war reported that Tuttle died at a POW camp in 1951. He was 23 years old.

The remains sent to the US in 1954 were identified as Sergeant Major. Tuttle less than two months ago.

His remains were interred at Sunset Hills Memorial Park on Friday.

One set of returned remains, named Unknown X-14836, were interred at the National Memorial Cemetery of the Pacific, known as Punchbowl, in Honolulu.

In December 2019, the Department of Defense POW/MIA Administration (DPAA) decomposed Unknown X-14836, as part of the Korean War Decomposition Plan, and sent the rest to the lab. of the DPAA at Joint Base Pearl Harbor-Hickam, Hawaii, for analysis.

Tuttle was interpreted by the DPAA on October 26, 2022, after his remains were identified by comparing chest radiographs as well as dental, anthropological, and mitochondrial DNA analysis.

His name is inscribed on the American Courthouse Battle Memorial for those missing at Punchbowl, along with others still missing from the Korean War. A commission will be placed next to his name to indicate he has been counted.

More than 7,500 Americans remain missing during the Korean War.

Inflation and the Midterm Elections