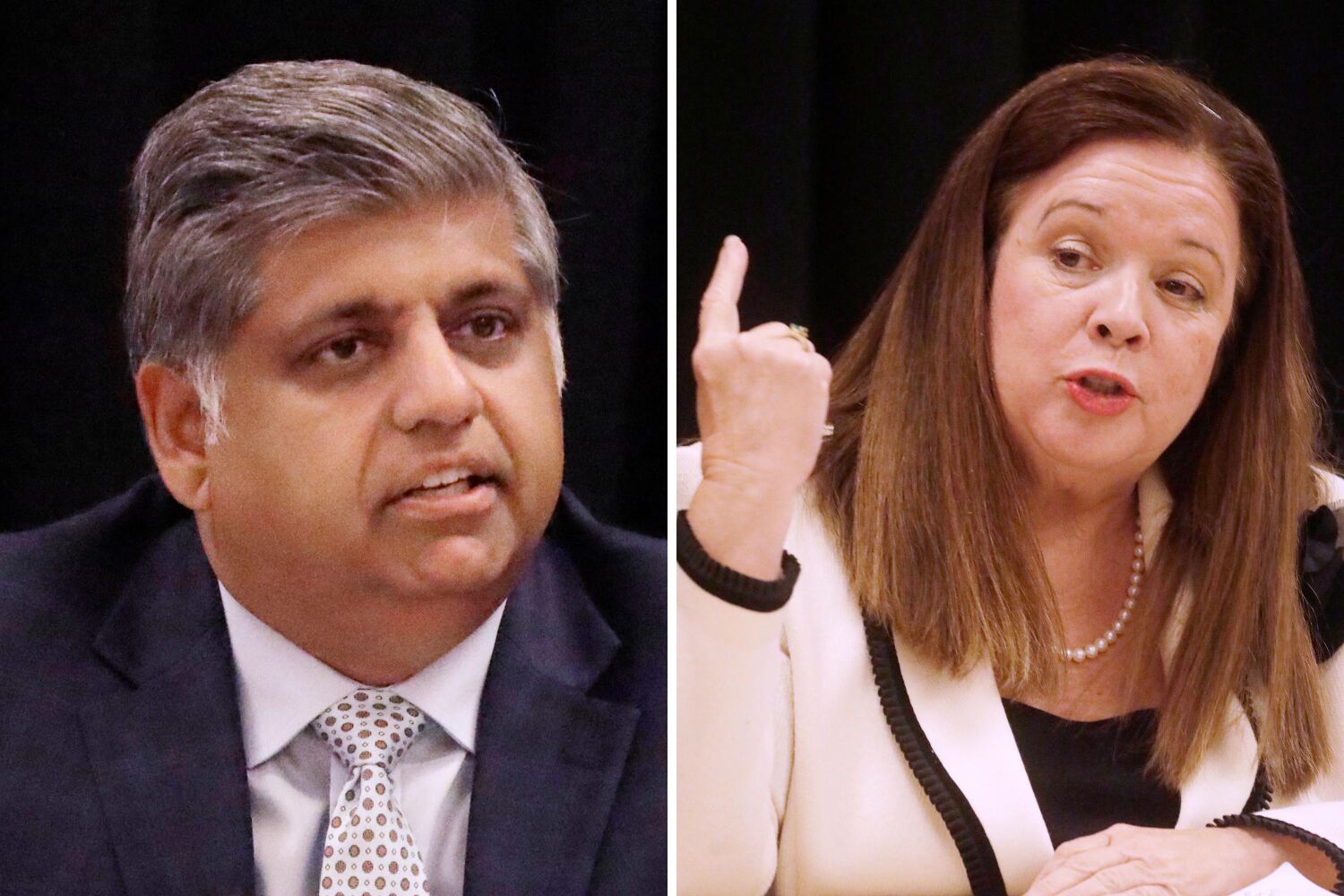 Faisal Gill and Hydee Feldstein Soto, who finished first and second respectively in the seven-person race of the June primary, now face off.

Gill, a civil rights attorney, was 8 years old when his family immigrated from Pakistan. Raised in Virginia, he eventually joined the US Navy as an officer in the Judge Advocate General’s Corps and served as a senior policy adviser in the Department of Homeland Security.

Gill, a former Republican, said he left the party years ago after facing discrimination for his Muslim beliefs and that he quickly became a “staunch Democrat”. A more progressive candidate in the running, Gill has said that if elected, his focus will be on holding Los Angeles police accountable and implementing criminal justice reform.

Feldstein Soto, a financial attorney and former neighborhood council member, was born and raised in San Juan, Puerto Rico. After graduating with a law degree, she moved to Los Angeles in 1982 and built a career overseeing multi-billion dollar public transactions.

A lifelong registered Democrat — a detail she often reiterates during the campaign — Feldstein Soto says her leadership experience, as well as years of practice as a transactional attorney, make her the best fit for the job.

Kanye West Roasts Justin Bieber: Get Your Girl Before I Get Mad!!

John Wall's new role with Clippers: He could be a 'nightmare'

2022 deaths: Pat Carroll, Emmy winner and voice of Ursula in ‘The Little Mermaid,’ dead at 95

What is methotrexate? Drug treats these diseases