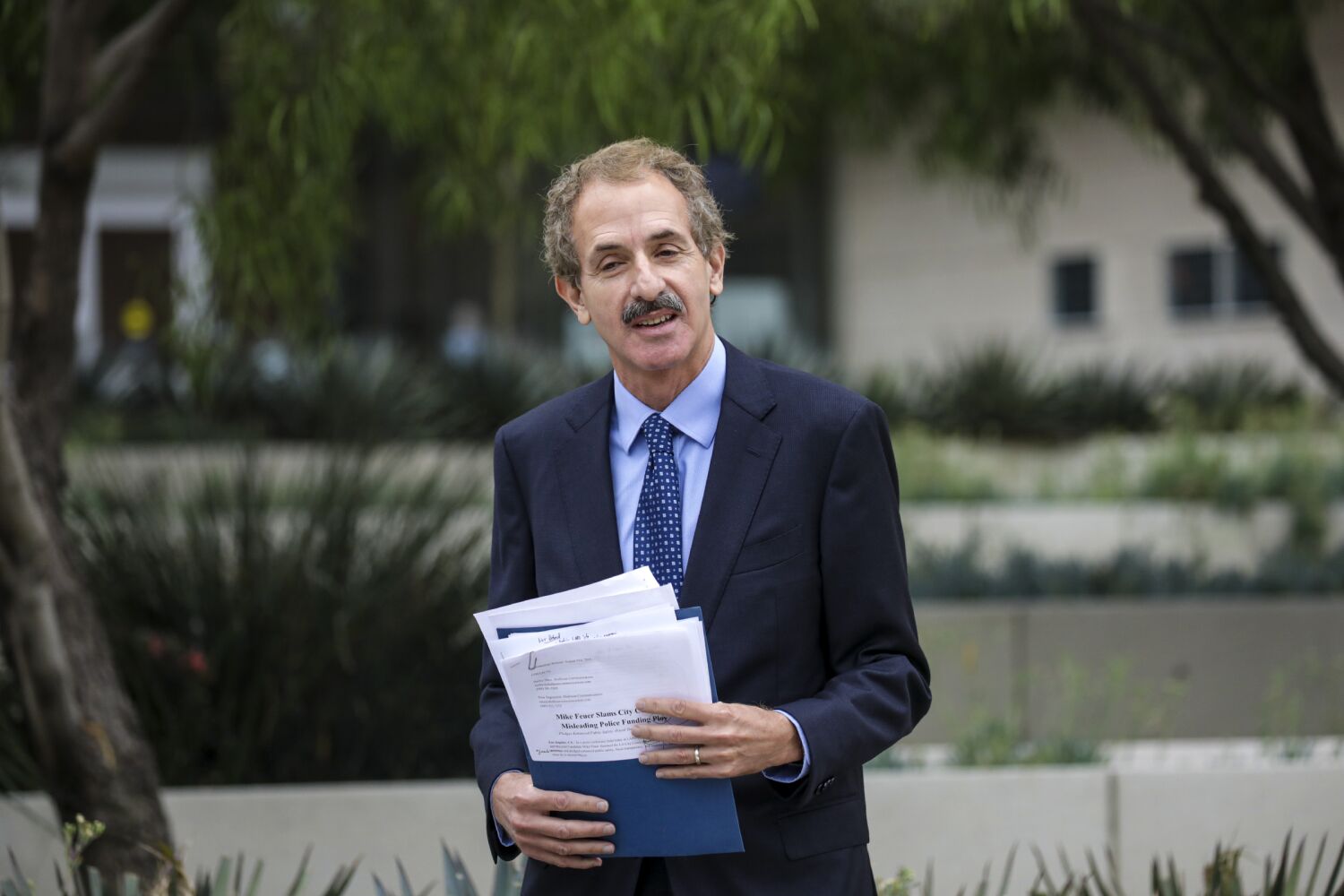 The Los Angeles City Council on Tuesday passed an ordinance prohibiting any crisis pregnancy center from misrepresenting the health services it provides, including abortion, and giving individuals remedies if they are misled.

The law introduced by City Atty. Mike Feuer allows the city to fine a pregnancy center up to $10,000 if it’s caught falsely advertising the services it offers, such as prenatal care, abortion or emergency contraception. People misled by these centers can sue and seek damages under the new law, which comes into effect immediately via an emergency clause.

The council approved the regulation, originally introduced in August, by an 11-0 vote. Council members Kevin de León and Gil Cedillo, who continue to be urged to resign for participating in a racist behind-closed-doors conversation about fellow councillors, did not attend Tuesday’s meeting.

Some crisis pregnancy centers are known to attract women who want an abortion and instead encounter efforts to dissuade them from terminating their pregnancy, Feuer said during Tuesday’s council meeting.

“We all know that women who ask themselves this difficult, sensitive, personal question have not a second to lose – every moment counts,” said Feuer.

There are at least five crisis pregnancy centers in Los Angeles, he said.

The measure largely responds to the Supreme Court’s decision to overturn Roe v. Wade, which sparked a wave of states banning abortion and has drawn thousands to other states that remain havens for reproductive rights, like California.

A draft of the regulation cited data analysis by the UCLA Law Center on Reproductive Health, Law and Policy, which found the court’s decision would bring between 8,000 and 16,100 more people to California for abortions each year, and between 4,700 and 9,400 of them come to Los Angeles County.

While the law applies to all businesses offering pregnancy-related care, it is largely aimed at crisis pregnancy centers, which are often religiously affiliated and anti-abortion. The crisis centers are usually located near or otherwise resemble reproductive health clinics and often deceive people by falsely promoting comprehensive reproductive care, including abortion, according to the California attorney general’s office.

Many centers tend to be staffed with untrained or unlicensed volunteers and staff, resulting in incomplete or inaccurate information that prevents people from making informed and timely decisions about their reproductive care, according to the Guttmacher Institute, a research group studying campaigning for abortion rights.

Those who seek treatment in crisis pregnancy centers are often in need, and they are disproportionately young, poorly educated, or poor, according to the Guttmacher Institute.

A study by researchers at the University of North Carolina found that nearly 30% of women who attended a crisis pregnancy center were significantly less likely to have an abortion.

Other states continue to pour tens of millions of tax dollars into maternity centers, according to an analysis by The Associated Press.

Although the centers are known to also provide car seats, strollers and other childcare items to young mothers, critics say the support they provide is inadequate.

dr Bhavik Kumar, a resident physician at Houston’s Planned Parenthood Center for Choice, where such centers are more common and state-funded, previously told The Times that the crisis pregnancy centers don’t provide enough financial support or address the many other reasons why women want abortions.

“Just providing diapers and baby clothes isn’t going to make that go away,” Kumar said. “That’s years of caring for people and probably the kids they have at home.”

Alexandra E. Petri, a Times contributor, contributed to this report.

Column: Elon Musk, Twitter and the con of online media