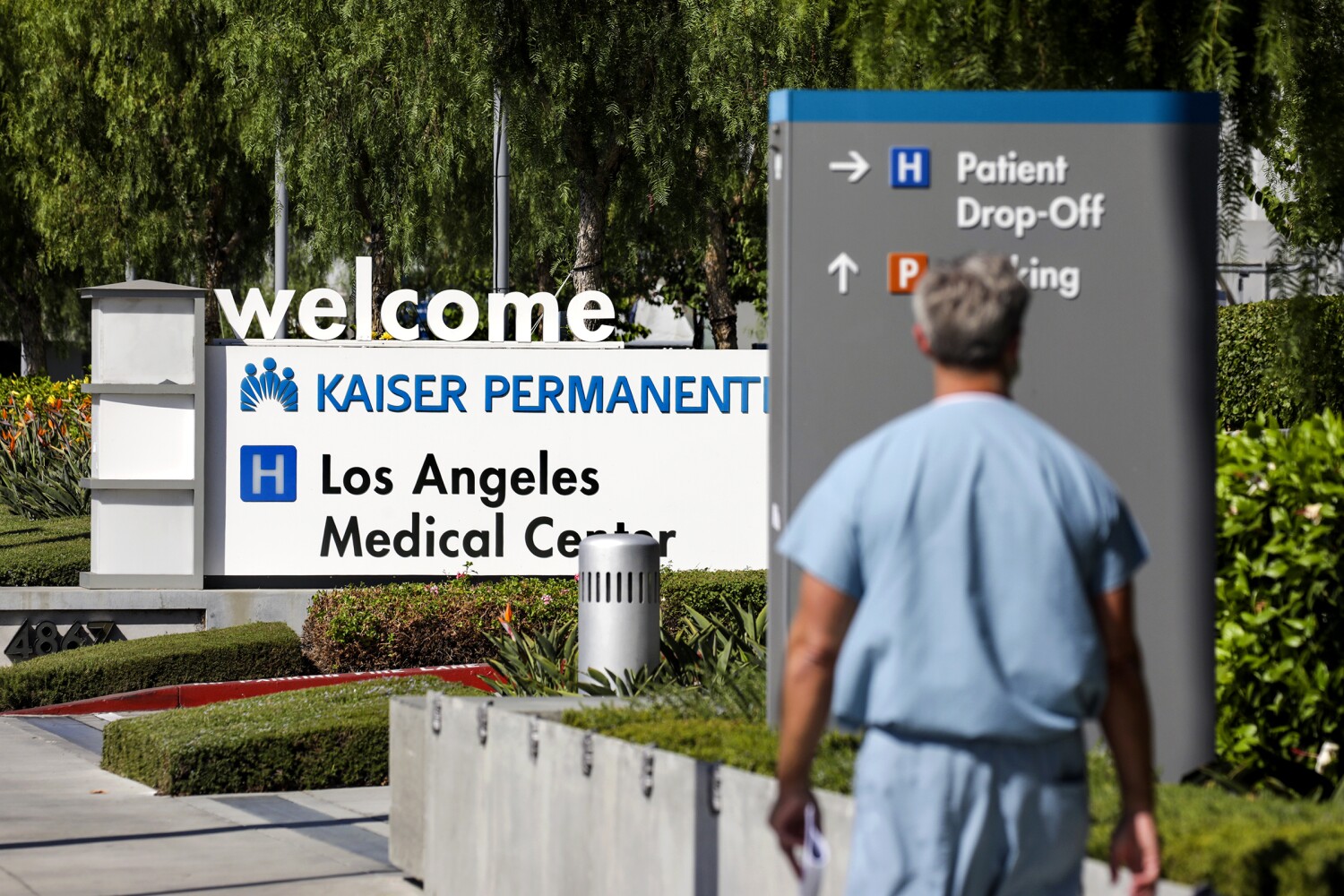 The Los Angeles City Council on Tuesday voted to raise the minimum wage for workers at privately owned hospitals to $25 an hour, instead of sending the question to the November vote for voters to decide.

The wage requirement will cover a wide range of workers including nurses, helpers, housekeepers, guards, janitors and other employees who are not supervisors or managers.

“Burned out and traumatized by the pandemic, many feel disrespected and undervalued and have left the profession, and more are considering leaving soon,” said SEIU-UHW, a union representing California healthcare workers, in a statement. “Raising the minimum wage helps recognize their vital and life-saving work and retain workers for Los Angeles’ future healthcare needs.”

The measure applies to private healthcare facilities in the city, including acute care hospitals, psychiatric hospitals and clinics or qualified care facilities that are part of such hospitals.

The SEIU-UHW union had collected enough signatures to bring the measure to the November elections. LA City Council members then had the option of either presenting the decision to voters in November — or simply passing the measure. At Tuesday’s meeting, representatives from local hospitals and business groups urged the council to wait and let voters decide.

“We are urging economic analysis to better understand the impact on the city, workers, healthcare providers and the economy,” said Denise Kniter, policy manager at the Los Angeles County Business Federation.

Instead, councilors voted 10-2 to move forward with the wages measure, with councilors Paul Krekorian and Joe Buscaino voting against. Councilor John Lee withdrew from Tuesday’s vote because he sits on the West Hills Hospital board of directors, according to his deputy chief of staff Brenton Tesler.

“Today is our opportunity to support our healthcare workers – those who have been on the front lines of this pandemic and are putting themselves and their families at risk,” said Councilor Curren Price, who sponsored the measure to be passed.

Hospital officials argued that the measure was arbitrary and unfair because it did not cover workers at all of LA’s healthcare facilities. A coalition opposed to the wages measure claimed it would exclude workers from 90% of the city’s health facilities, driving up costs and diverting workers from health facilities that serve underprivileged residents of Angelenos.

“This is an incredibly, incredibly flawed measure,” said Adena Tessler, regional vice president for LA County at the Hospital Association of Southern California. “People who do the same job at two different facilities” — possibly a few miles apart — “are not paid equally.”

A representative from Kaiser Permanente Southern California said the move would harm the entire health care system in Los Angeles, especially community clinics and public health facilities. “They will face a daunting choice of significantly increasing their minimum wages to compete for a very limited workforce — or settling for fewer staff and widening the pay gap,” said Yesenia Monsour, senior director of regional government and community relations “The health implications of your communities are at stake.”

In response to a question about which facilities were included, SEIU-UHW spokeswoman Renée Saldaña said, “The city government cannot legislate on the rates for county and state employees.” More efforts are being made at the state level to seek a wage increase in Funding community clinics that “haven’t made record profits during the pandemic,” Saldaña said.

Hospital workers testified, urging the council to pass the measure, arguing that higher wages were needed for staff who have faced the grueling demands of the COVID-19 pandemic and the punishment of inflation. Licensed professional nurse Daniel Franquez said, “We risk our lives every day.”

“We expose ourselves to COVID every day. We keep patients alive every day. We’re worth $25 an hour,” said Franquez, who works at Southern California Hospital in Hollywood. “But today, flipping burgers at some fast-food restaurants can make more than many healthcare workers.”

During the pandemic, “I’ve put my life on the line — and based on the wages I’m being paid, I can barely afford to pay my bills and put food on the table for my kids,” said Brittany Everidge, one Typist for municipal employees at Kaiser Permanente Los Angeles Medical Center.

As Tuesday’s vote was not unanimous, the matter will be brought before the Council for a second vote next week. The LA wage measure, which is expected to go into effect soon after this second vote, also includes annual increases in the cost of living from January 2024. Under the measure, employers are prohibited from funding the wage increases by firing workers, reducing their working hours, or cutting vacation or other benefits.

Proponents of the LA measure are also calling for a $25 minimum wage for health facility workers in the cities of Baldwin Park, Culver City, Downey, Duarte, Inglewood, Long Beach, Lynwood and Monterey Park.

ABC ‘General Hospital’ Spoilers: Elizabeth has a breakthrough, Valentin has to think fast, and Sasha’s stressing

‘The Young And The Restless’ Spoilers: Camryn Grimes (Mariah Copeland) Announces That She’s Getting Married In San Diego