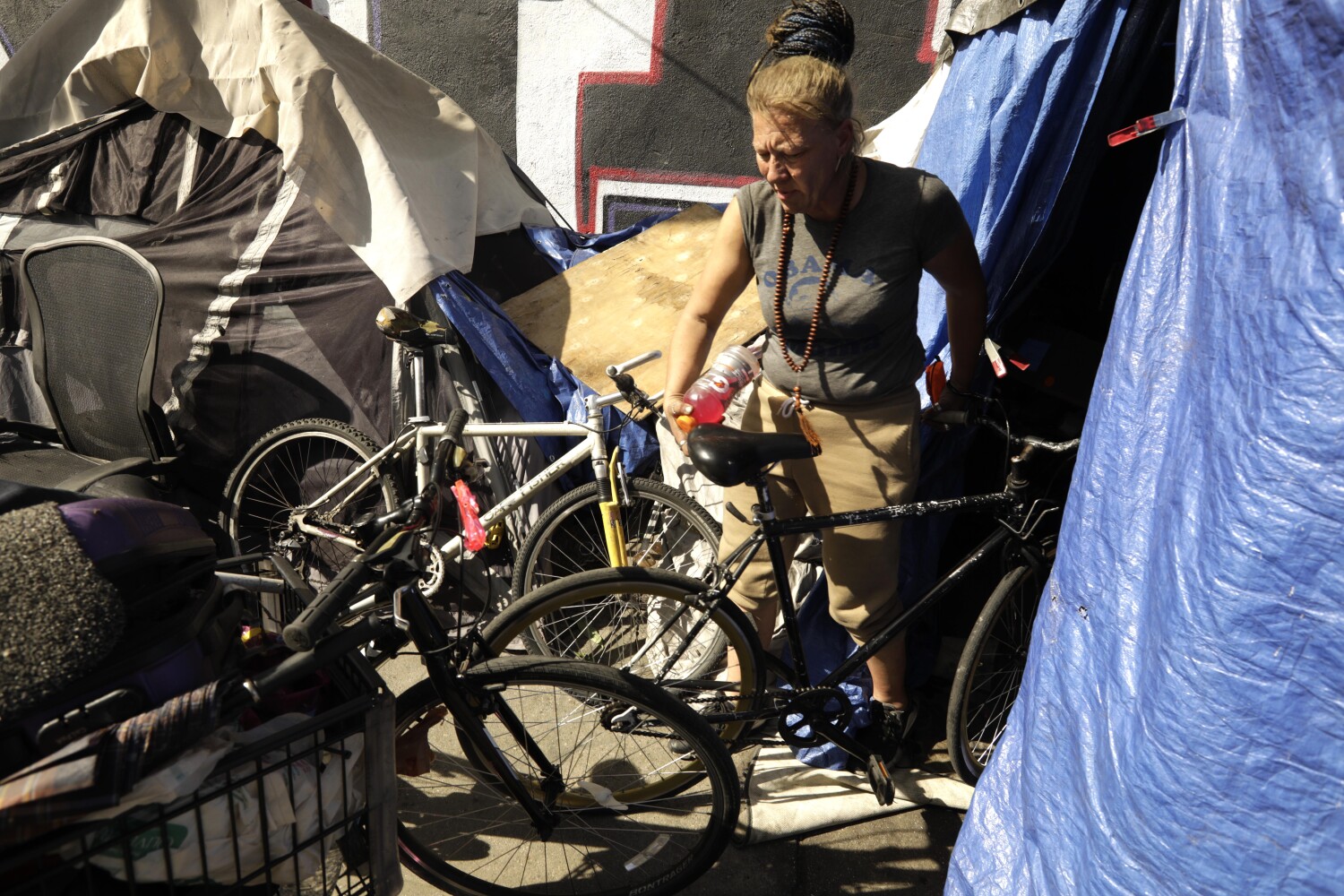 The Los Angeles City Council voted Tuesday to ban the sale and repair of bicycles on the city’s streets. Critics say a move would unfairly target the homeless.

The measure, passed 11-3 at a special session, aims to prevent city bike thefts and “outdoor bike shops,” places where people disassemble stolen bikes that sell parts or recover them for sale assemble.

Homeless advocates and other critics say existing laws make bike theft illegal and that the new measure, if signed by Mayor Eric Garcetti, would primarily affect destitute people who make money by repairing and assembling bikes on the street. They also fear police will be encouraged to profile people of color in low-income areas.

The new law Exceptions would be people with a valid trade license or who have to repair a broken bicycle on the road.

Councilor Joe Buscaino, who introduced the motion last fall, said chop shops have become a pervasive problem in the city and a new ordinance is needed to help Los Angeles police officers address it. He said recovering stolen bikes is difficult because bike owners don’t document serial numbers and thieves discard them.

“It makes it difficult for law enforcement officers to prove that a particular bike matches the description of the bike reported stolen,” Buscaino said.

He said the new law, modeled after a similar one in the city of Long Beach, would target people who own five or more bike parts, a bike frame with severed shifter cables or brake cables, two or more bikes with missing parts, or three or more bikes on public land.

“I believe this regulation will give the LAPD the necessary tools to reduce bicycle theft, clean up our streets and improve the quality of life for the city’s residents,” said Buscaino.

At the meeting, speakers expressed anger at some council members for supporting the new law on the day that they also added new anti-camping zones in and around popular West LA shopping areas

“I honestly couldn’t believe you guys could get any more heartless,” one woman told the council during a public comment. “But every week I get more and more disgusted with this group of ghouls.”

In a statement, Raman said the regulation is “pure political theater — a way of appearing as if the council is doing something to address the very real problem of bike theft without actually addressing the problem.”

“There are real potential investments we could make to prevent bike theft, like bike lockers at transport hubs and other infrastructure on city streets,” she said. “Instead, we created an ordinance that most likely will actually reduce bike theft and will be selectively enforced against people of color and those who are homeless.”

Camps with large numbers of bicycles have sprung up all over the city in recent years. Some frustrated local residents say these bikes are often stolen and then resold. According to a Times crime data analysis, an average of about 2,000 to 2,500 bicycle thefts are reported each year in Los Angeles, and many others go unreported.

The Los Angeles Police Department does not have a dedicated bike theft unit, and in recent years, 96% of bike thefts remain unsolved, according to the Times analysis. Half of bike thefts are reported in two police divisions in South LA and two in Westside.

Neighborhood councils across the city were mixed about the new law.

In a statement to the city, the Atwater Village Neighborhood Council wrote that it supports the law in part because of the growing “number of RVs across the city overloaded with bike parts and selling them on the street…”.

The North Westwood Neighborhood Council released a statement saying the regulation would have little effect as there are already legal tools in place to tackle bike theft and chop shops as it is illegal to buy stolen items.

“Instead, this motion would make street selling and repairing illegal in most cases Everyone bicycles and would endanger and suspicious street vendors of non-stolen bicycles who often serve poor riders,” the statement said. “Obtaining and maintaining inexpensive bikes is critical for many low-income and black travelers.”

If Garcetti signs the measure, it will come into effect 30 days later.

Authors Benjamin Oreskes and Kevin Rector contributed to this report.