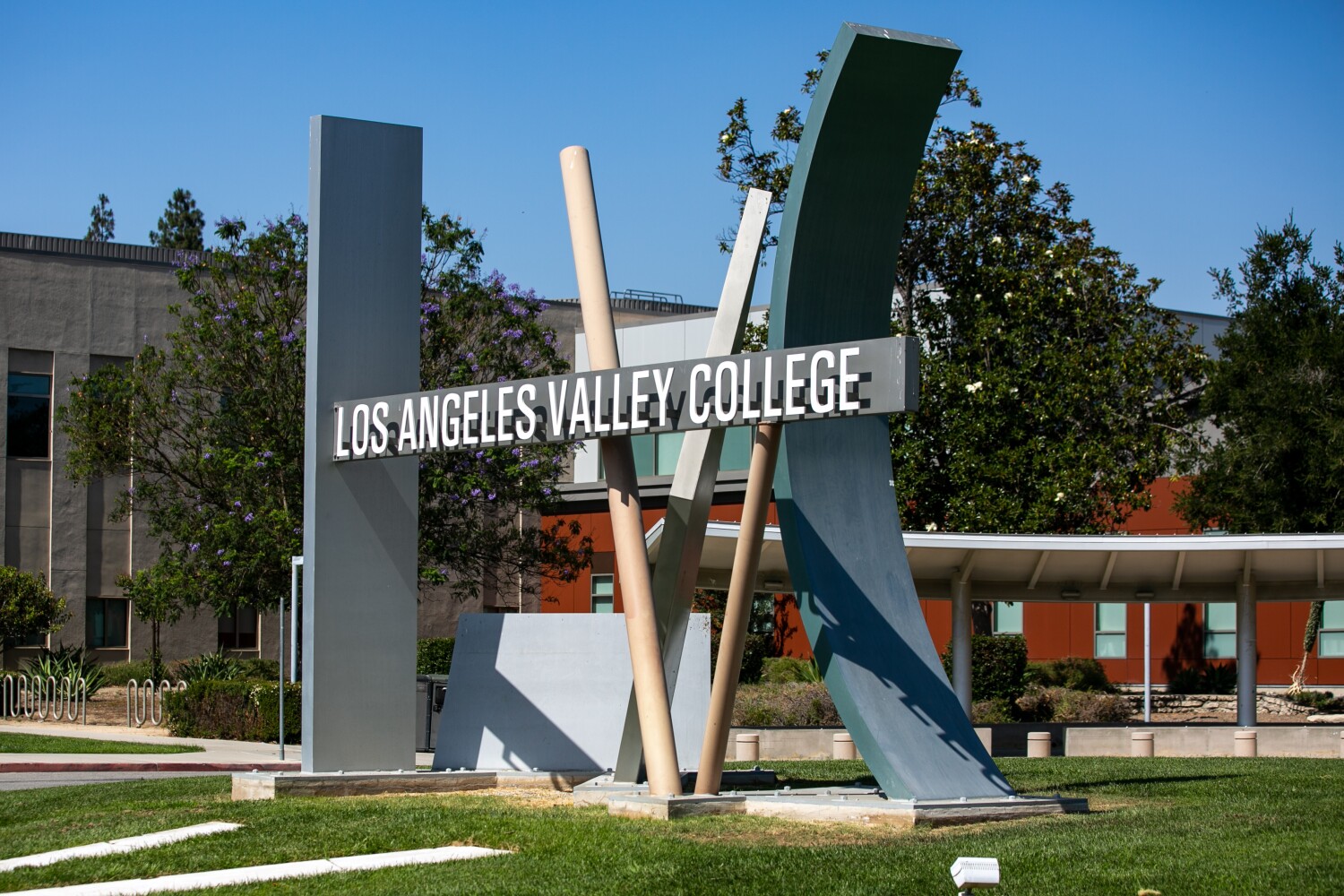 The Los Angeles Community College District will go to voters in November, asking homeowners to tax themselves between $88 and $157 a year — and in some cases more — to allow the district to borrow billions of dollars in its biggest home loan program ever can.

College trustees, who approved the $5.3 billion bond operation 6-to-1 last month, filed Thursday with the Los Angeles County Registrar-Recorder/County Clerk for inclusion of the bond operation in the general election ballot 8 November a.

“Students deserve excellent teaching and learning facilities,” LACCD Chancellor Francisco Rodriguez said at a July 6 meeting. “We know that when students are connected to campus, when they are engaged … our students do better.”

However, critics question the timing and necessity of the ballot measure. They argue it’s wasteful to spend billions of dollars on campus infrastructure amid a significant drop in enrollment and an unstable economy.

At least 55% of voters must approve the November ballot measure for it to pass. According to the district, the bond could cost homeowners as much as $25 per $100,000 of appraised value for nearly 25 years.

For homeowners, the county’s estimated annual property tax payment for the bond would likely range from $88 to $157, but could be higher for high-end homes. The district did not provide estimated calculations for non-residential real estate.

Ernest Moreno, the only trustee who voted no, said it was inappropriate to spend money on new construction when the community college district has lost tens of thousands of students in recent years.

“This is an inappropriate time and essentially an irresponsible action on our behalf to proceed with this association,” Moreno said. “What I fear is that we are building a ghost town.”

Moreno said in a telephone interview that he supported previous Bond measures. Over the past two decades, voters have greenlit more than $9 billion worth of bonds for the district.

But the system’s history of managing projects funded by bonds has been troubled at times.

A 2011 Los Angeles Times investigation revealed financial waste, nepotism, and mismanagement of projects the district paid for through bonds.

According to the Times report, county officials vowed to monitor public funds closely. Still, the latest bond issue in 2016, which supported a $3.3 billion plan to modernize aging buildings, has led to lawsuits, political infighting, and missed performance targets.

Rolando Cuevas, a community activist who was student body president at East Los Angeles College in the 1990s, worries the projects will benefit developers and contractors more than students.

He added that, given the economic climate, going into debt is irresponsible.

“There’s nothing wrong with bonds when we need them,” Cuevas said. “What they are doing here is unacceptable. The voters have to say ‘no’.”

This week, a construction company filed a lawsuit against LACCD and its project team, alleging corruption and fraud at a long-delayed theater project at Los Angeles Valley College.

Pinner Construction Inc. and its subcontractors are accusing the LA County project team of conspiring to delay construction of the theater so contractors could accumulate more billable hours. The trustees declined to comment on the litigation.

Trustees promise the board has streamlined its process for managing bond implementation.

“Sometimes the way things were designed 50 years ago isn’t the best and most efficient use for today,” Veres said. “We don’t add square feet… we enhance the existing spaces.”

If passed, $1.4 billion would go toward upgrading buildings constructed before the 1970s. Another $732 million would be paid for other campus infrastructure, such as outdoor lighting, sidewalks, and parking lots. The proposal also provides $500 million to “design, build, acquire or contribute” housing for students and workers.

Money from the bonds would also fund track and field facility upgrades, including artificial turf installations and hard court replacement or refurbishment. It would also expand wireless internet access and bring new technology to classrooms, alongside routine upgrades like repairing aging sewer lines.

Renovations will reduce the need for patchwork repairs that have already cost the district millions of dollars, according to Rueben Smith, a vice chancellor who oversees LACCD’s facilities.

“We’ve had a variety of infrastructure glitches and failures,” Smith said during the trustee meeting. “The breaks won’t stop. We have already spent over $40 million on repairs alone.”

The district commissioned a market research company to ask almost 900 voters about their opinion on a bond measure. The poll, conducted by Fairbank, Maslin, Maullin, Metz & Associates, found that 6 out of 10 voters would support the proposal.

The company concluded that the measure “has strong initial support, encompassing almost all geographic and demographic subgroups within the district,” according to a presentation to trustees about the survey.

Unions representing workers in commerce and careers have expressed their support.

Among them is the International Brotherhood of Electrical Workers Local 11, a union representing electricians. According to Antonio Sanchez, the group’s political director, many of the 2,000 trainees in the IBEW electrician training program are taking classes in, or have graduated from, the LA district.

“Many of our members know the system well and have benefited from it,” said Sanchez. “Honestly, like everyone else in Los Angeles, they deserve top-notch facilities.”

The impact of superstar's move to PSG on both clubs, and on him

Afghan refugee brothers struggle to make a life in the U.S.

How are the elderly affected by California wildfires?