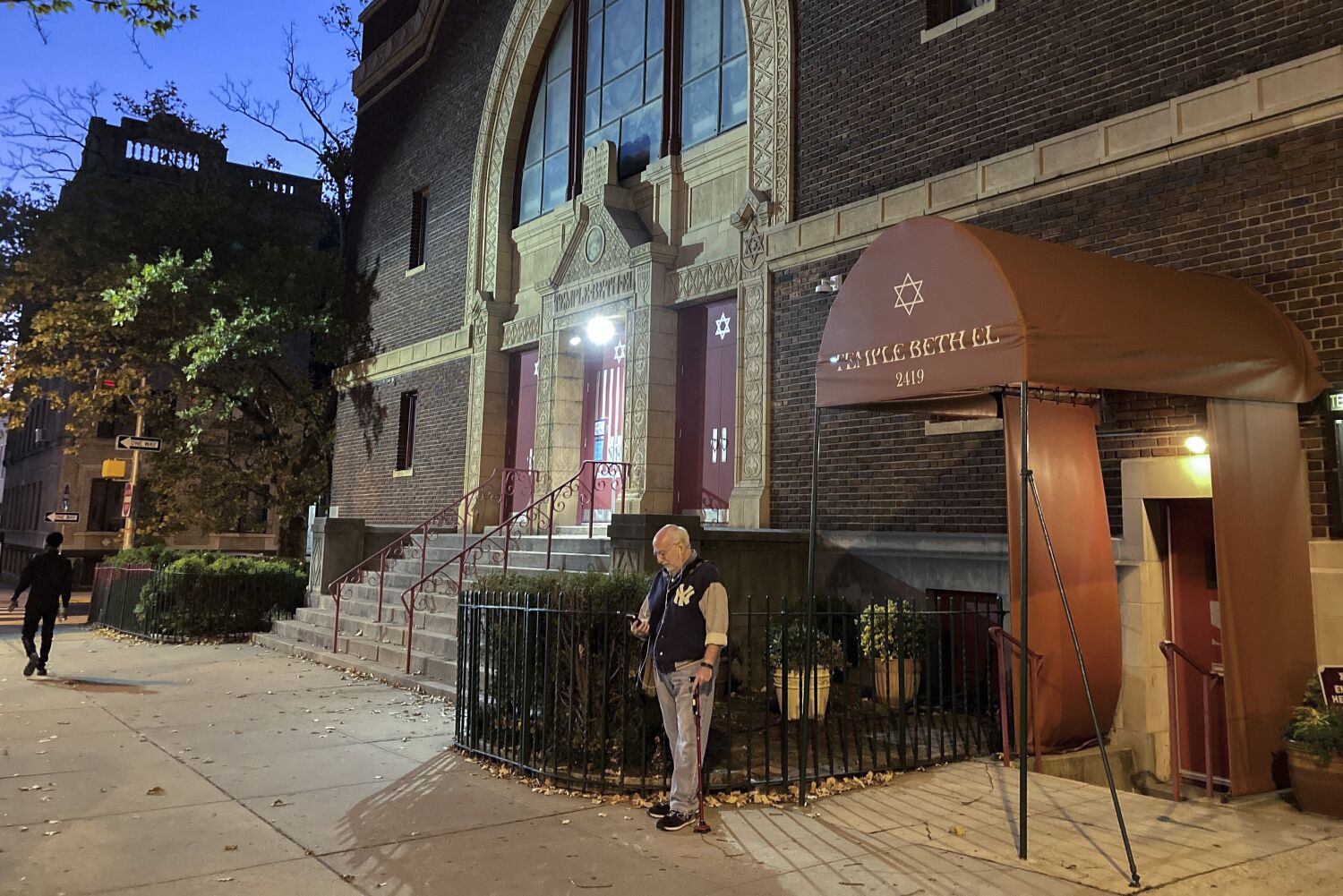 One person was identified Friday in connection with a threat to synagogues in New Jersey, but the Los Angeles Jewish community remains on high alert following a recent spate of anti-Semitic incidents in and around the city.

Law enforcement has stepped up patrols at Los Angeles-area synagogues and local leaders have asked congregation members to remain vigilant following a series of incidents, and recent comments from celebrities have raised concerns about possible hate incidents or attacks.

“We see the unfortunate truth that hateful rhetoric breeds hateful action,” said Jeffery I. Abrams, director of the Los Angeles Anti-Defamation League. “Anti-Semitic statements by celebrities, including artists and athletes, can and do lead to real violence against Jews and others.”

The statement came after the FBI’s Newark bureau on Thursday issued an alert about a threat to synagogues in New Jersey. On Friday morning, the Newark FBI announced that it had identified the person who made the threat.

“We have identified the source of the threat that is no longer a danger to the community,” the department said in a statement.

A Los Angeles FBI spokesman told the Times the agency was not aware of any known threats in the area.

Nevertheless, the Los Angeles County Sheriff’s Department of West Hollywood announced that it would increase patrols as a precaution.

“For our Jewish residents, business owners and community leaders and members in #WeHo, please rest assured that we are actively monitoring the situation and increasing patrols in sensitive areas,” the sheriff’s department said wrote in a tweet.

In early October, plastic bags bearing anti-Semitic messages were left in the driveways of homes in San Marino and Pasadena at the start of Yom Kippur, prompting police to temporarily increase patrols in affected neighborhoods.

A short time later, a known hate group unfurled a large banner over the 405 freeway reading “Kanye is right about the Jews” while giving the Nazi salute to passing cars.

The stunt came after Kanye West, who legally changed his name to Ye, made a series of anti-Semitic remarks on his social media accounts and interviews, including supporting conspiracy theories that have led to violent incidents in the past.

The comments resulted in West being temporarily suspended from his Instagram and Twitter accounts and companies ending their relationship with the rap artist. West’s talent agency severed ties with West, as well as with Adidas and Balenciaga.

West’s standing as a music artist and fashion icon with a massive following on social media has raised concerns among extremist experts and Jewish leaders about the influence he could have in inciting hateful incidents and even attacks against the community.

“We know from all the research that hate speech leads to hateful actions,” Rabbi Noah Farkas, president and executive director of the Jewish Federation of Greater Los Angeles, told the Times shortly after the 405 freeway incident.

Following the incident, the Simon Wiesenthal Center held an event at the Museum of Tolerance on October 28 to address the increase in anti-Semitic incidents in the city. The event was attended by LAPD Chief Michel Moore and officials from the FBI.

Anti-Jewish crimes are up 9 percent from a year earlier, he said.

“Hate crimes in Los Angeles, as we see them statewide and across the country, have been high for decades,” Moore said.

Abrams said it’s important for community members to remain vigilant, but noted there was nothing to worry about.

“We are advising the community to remain vigilant, although an elevated state of alert is not currently required here in the Los Angeles area,” he said in a statement.

Suspected driver of truck packed with suffocating migrants pretended to be a victim, may have been on drugs