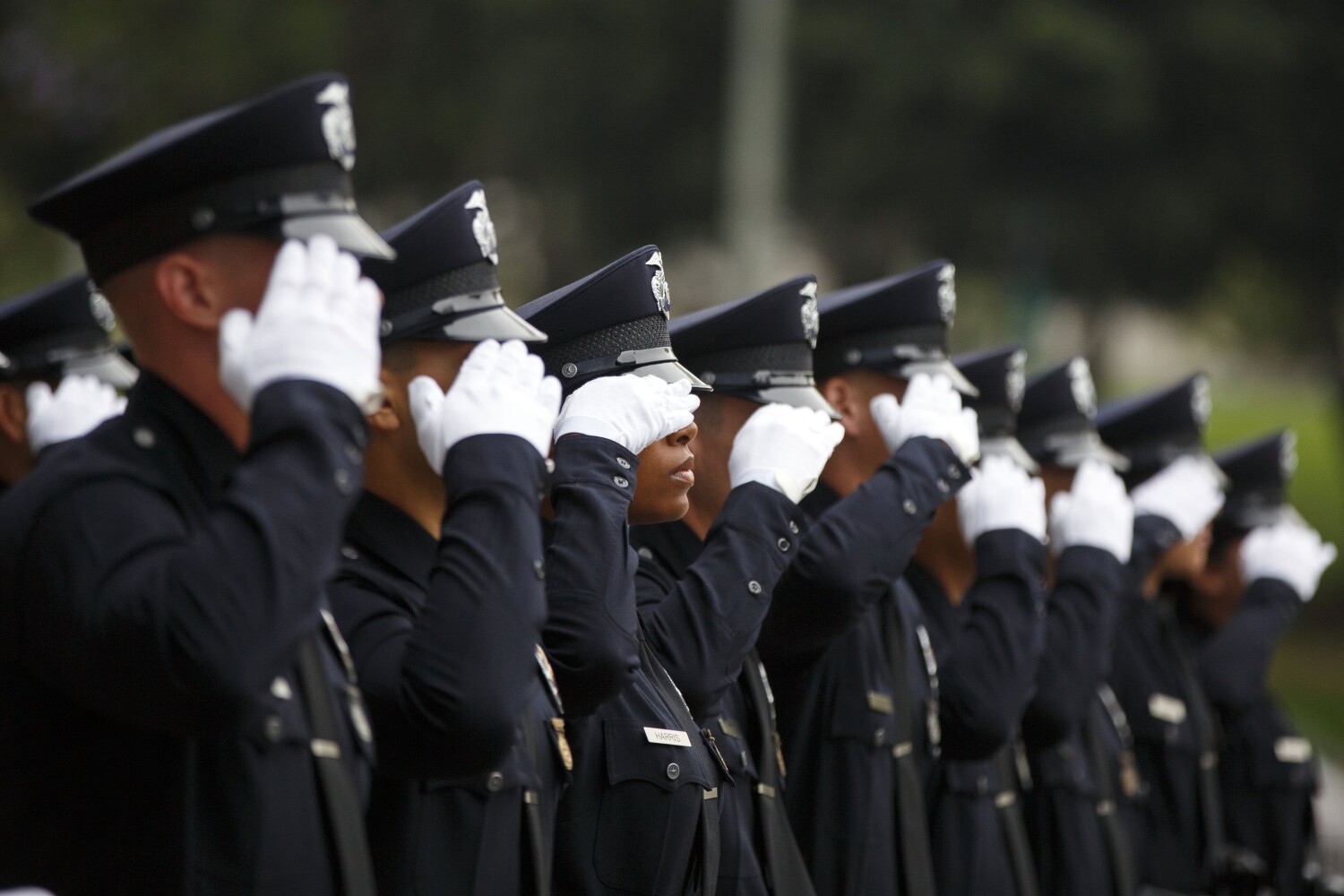 Los Angeles police commissioners ruled this week that officers were justified in shooting dead two people with mental health issues, although the group echoed LAPD Chief Michel Moore’s concerns about the tactical officers deployed in one of the encounters.

The civilian-led panel unanimously supported Moore’s conclusions that officers were consistent with the Los Angeles Police Department’s deadly force policy when they shot and killed Evelyn Del Real and Grisha Alaverdyan last fall. The commission voted 5-0 in a closed session at the end of its weekly meeting on Tuesday.

Both cases were highlighted in a Times article about the high number of people with mental illnesses being shot by LAPD officers. The article revealed that about a third of the more than 30 people shot dead by LAPD officers in the first 11 months of last year were believed to be mentally ill at the time.

Such shootings have fueled angry demands from critics that police should no longer be dispatched to people with mental illnesses calling for help and be replaced by unarmed mental health professionals.

Moore and the commission have been open to the idea of ​​pairing officers with mental health professionals, but said incidents involving armed suspects would always require a police response.

In those two shootings, as in others, the panel concluded that officers were responding to violent individuals who were threatening or injuring themselves or others in a way that required immediate action.

In the Del Real case, police shot the woman as she began stabbing her infant son during a standoff that lasted more than two hours.

The shooting happened just before 9 p.m. on Oct. 1 at an apartment building on the 200 block of West 52nd Street, after police responded to a call about a woman barricading herself inside the house and threatening to harm a child.

A redacted report released Thursday by the LAPD says officers watched Del Real from a window as she appeared to be using her son for cover.

Firing officer Juan Arenas told investigators that just before the shooting, he caught a glimpse of Del Real praying and then heard a scream. He said he saw Del Real brandish the knife at her son and that he shot her with his department-issued rifle because he believed she could kill or injure the boy, the report said.

Police said they had met Del Real before and that she was evaluated by the LAPD’s Department of Mental Health Evaluation. It was not known whether this was known to the officials on site.

The report showed that Del Real was hit twice and that the boy was also injured by bullet splinters during the encounter – a fact that had not been reported. The boy, who is not named in the report, was treated at a hospital for gunshot wounds and 10 stab wounds, the report said.

On Tuesday, the commission ruled that Arenas was authorized to open fire, while noting that multiple officers’ drawing of arms was within department policy.

But the commissioners agreed with Moore finding a “significant deviation” from the three sergeants’ decision-making guideline that delayed calling officers on the department’s SWAT team, which handles situations with suspects barricaded.

In his report, the chief noted that during the standoff, assistance was sought from the LAPD’s Systemwide Mental Assessment Response Team — SMART for short — which includes social workers trained in de-escalating standoffs involving individuals identified as mentally ill.

However, all of the team’s units were busy on other assignments around the city, Moore wrote. The first SMART unit only responded to the scene about four minutes before the shooting, he said.

Moore promised to review the process for deploying SMART teams.

“This case underscores the very real need for an expansion of the mental health assessment departments within the LAPD so that they can better respond to calls like the one in this case,” he said.

The chief’s report also noted that one of the officers did not apply pressure to Del Real’s wound after the shooting and she remained handcuffed at the residence for five minutes before officers carried her outside to an ambulance. She survived her injuries.

In the second incident, which happened a day after Del Real was shot, police shot and wounded 27-year-old Grisha Alaverdyan after he reportedly stabbed a woman on Hollywood Boulevard.

As with Del Real, police said Alaverdyan had previously been examined by the LAPD’s Mental Evaluation Unit — in Alaverdyan’s case at least seven times.

Previously released body camera footage showed Alaverdyan holding up a knife as officers approached him, not far from where the stabbing occurred. A report by Moore, also released Thursday, said Alaverdyan had acted erratically, laughing and bumping his hips even as he ignored orders from police to drop the 5-inch blade. Then, as he walked toward them, knife still in hand, officers shot him almost simultaneously with a live round and a beanbag projectile from about 15 feet away.

Moore wrote that the department’s internal review panel would have preferred the officer who fired his service weapon, Thor Abiva, to wait before firing to see if the beanbag had any effect on Alaverdyan, but concluded that he had acted to protect his colleagues. Given the circumstances, Moore wrote, the officer’s decision to shoot was justified.