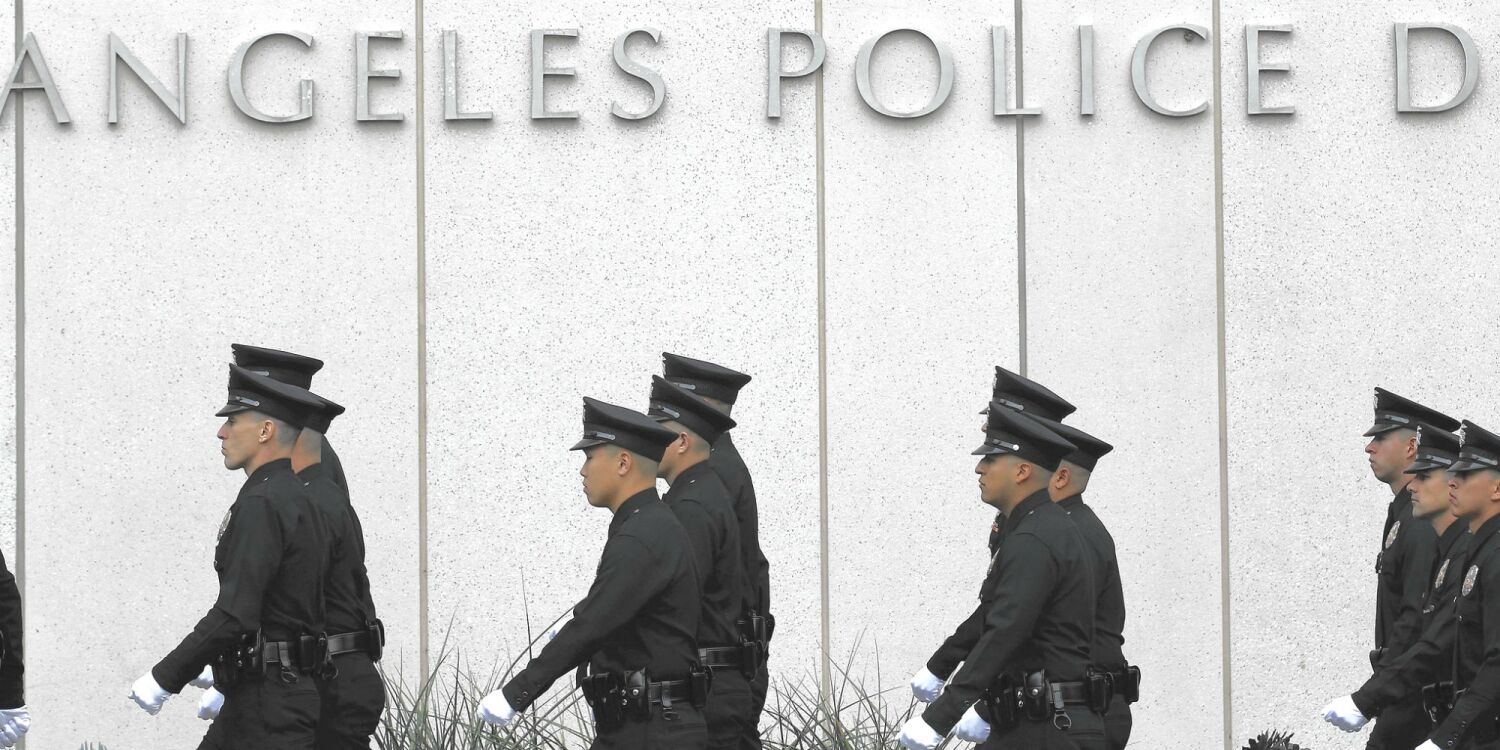 It was the depth of the first COVID-19 winter wave. In Los Angeles, tax revenue had plummeted and the city’s budget was in deep trouble.

Faced with the prospect of layoffs and other drastic measures, LA’s elected officials persuaded police officers, firefighters and thousands of other city employees to delay their planned pay rises by a year or more.

But that deal came with a caveat: If the state or federal government passed a major financial bailout, city leaders would have to resume talks with the same employees — and open the door for them to reclaim those raises.

President Biden eventually provided nearly $1.3 billion in relief to LA. And in recent months, city officials have tacitly struck deals to restore those wages, providing cash payouts and other benefits that are expected to total $148 million for the city’s entire workforce.

The final agreement on the list, now before City Council, represents nearly one-third of those funds: $44.5 million in awards and other benefits for ordinary police officers, represented by the Los Angeles Police Protective League, the LAPD’s largest union.

Officials would receive an upfront cash payment of 1.4% of their annual salary as part of the agreement, according to a memo released on Friday. They would also see a 4.5% bonus on their paychecks by the end of the year – backdated to June 22 — and an increase in the city’s health subsidy.

A vote on the agreement has not yet been scheduled. But Councilman Paul Koretz, who sits on the committee that negotiated the deal, spoke out in favor, saying he feels committed to restoring pay rises to city workers once federal relief arrives.

Police officers, Koretz said, gave up pay increases “that we had no way of forcing them to give up.”

“[They] helped the city not to get into a terrible situation,” he said.

Still, the plan to restore police officer increases has drawn criticism from Hamid Khan, an organizer with the Stop LAPD Spying Coalition, which has repeatedly called for funds to be shifted from the police department to social services.

Khan said money for police bonuses should have been allocated to youth programs instead.

The LAPD union agreed in February 2021 to defer two pay increases — 1.5% and 3% — included in their contract. At the time, Mayor Eric Garcetti and the City Council were exploring the possibility of borrowing $150 million simply to meet the city’s running bills.

Craig Lally, the union’s president, issued a statement saying the deal will help slow the brain drain from the LAPD, which has lost more than 700 officers since the pandemic began — about 7% the sworn workforce.

“Restoring police officer wages, which have been deferred to ensure city services have not been cut during the global pandemic, is the right thing to do, especially given the significant federal funds the city has received and the need to retain officers to combat our poor staffing levels,” Lally said in a statement.

According to the city’s memo, the new LAPD bonuses will not count towards their pensions.

City Clerk Matt Szabo, the city’s top budget official, said council members have committed about $120 million to this year’s budget for the city’s workforce arrangements, much of which has been described as “payroll reconciliation.”

In June, council members signed a package of awards and benefits for the city’s firefighters that is expected to cost $48 million over two years. That same day, council members unanimously approved nearly $2 million in payments to LAPD command personnel.

The deal to restore police increases comes at a time of closer scrutiny of the relationship between the city’s elected officials and the Police Protective League, which often spends big bucks on its chosen candidates. Several of this year’s candidates – many of them challengers to the incumbent – signed pledges not to accept political money from the LAPD union.

According to Ethics Committee records, the union spent more than $94,000 on campaign ads attacking union organizer Hugo Soto-Martinez, who is trying to unseat Councilman Mitch O’Farrell in the Nov. 8 election. The Police Protective League invested more than $92,000 in assault charges against community activist Eunisses Hernandez, who defeated Councilman Gil Cedillo in the June 7 primary.

O’Farrell, who also sits on the city’s bargaining committee, declined to say whether he supports the pay deal, saying through an aide that it was taken during a closed-door meeting devoted to labor negotiations.

Dan Halden, an O’Farrell spokesman, said his boss wants to generally ensure the LAPD has the resources and manpower needed to fight crime while also bringing in unarmed specialists to respond to nonviolent calls.

For his part, Soto-Martinez said he opposes the new deal with the police union — and the pay increases that were approved at the LAPD before the outbreak of COVID-19.

During the city’s 2019 and 2021 payroll negotiations, “we made the wrong decision to continue investing more in armed officers while neglecting mental health and substance abuse services — which actually prevent crime,” Soto-Martinez said in a statement .

Like the Police Protection Association, the city’s firefighters’ union has supported council members’ re-election campaigns in recent years. In 2020, the union spent tens of thousands of dollars on mailers promoting council members Paul Krekorian, Nury Martinez and John Lee, among others.

This year, the union largely focused its resources on first-time candidates.

Hates crimes against Asians jumped 177% in California in 2021

If You Like the IRS, You’ll Love the Global Minimum Tax