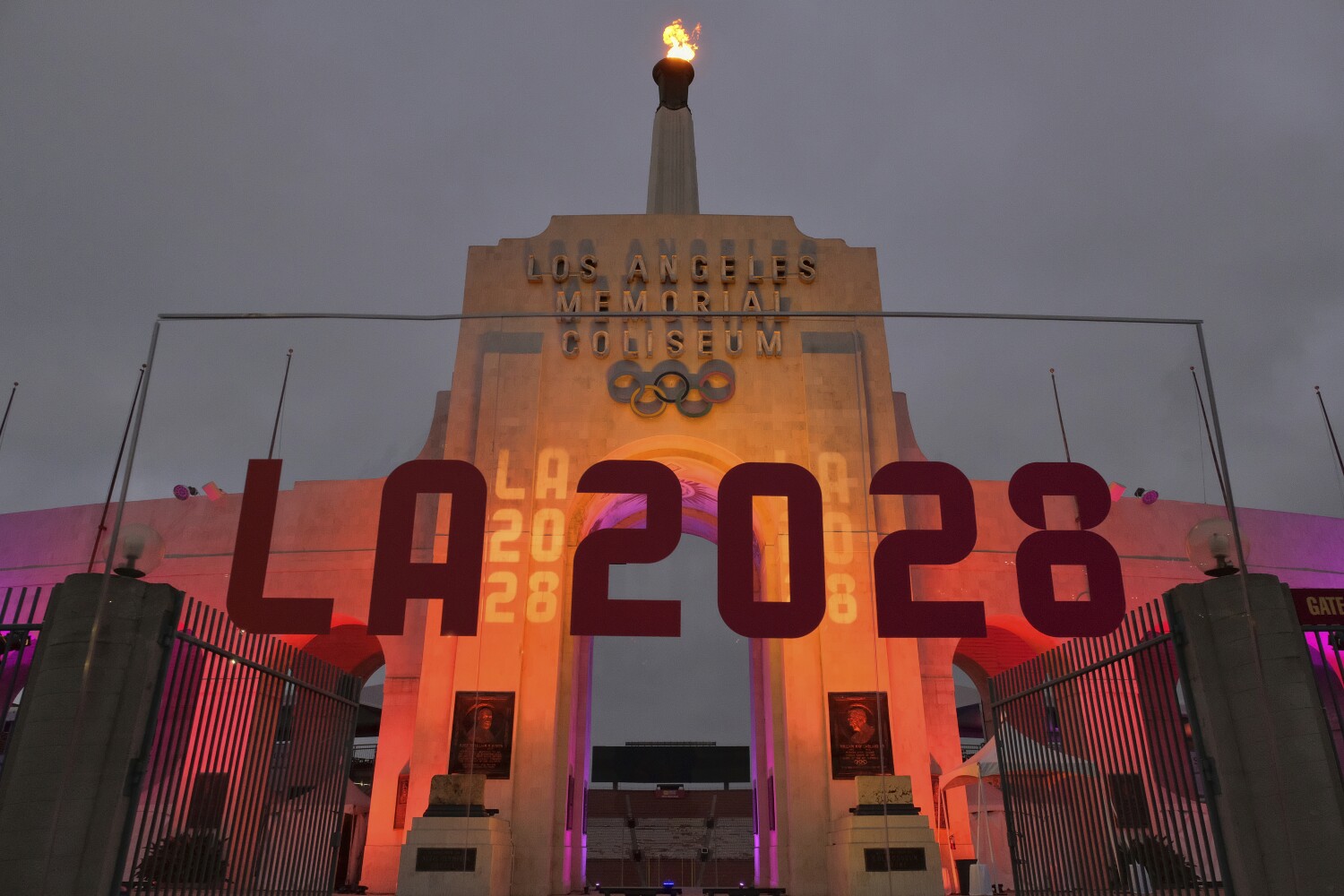 The 2028 Summer Olympics are now – officially – six years away as Los Angeles organizers have set the dates for the massive international competition, which will take place at venues across Southern California.

The games begin on July 14 with a double opening ceremonies at the Coliseum and SoFi Stadium and will last until July 30. The Paralympics will follow from August 15th.

The announcement was made at a press conference Monday afternoon attended by Mayor Eric Garcetti and senior figures from the International Olympic Committee.

“Los Angeles is a special place for sport,” said IOC Executive Secretary Nicole Hoevertsz in a statement. “The confirmation of game dates now gives LA a firm deadline for when it must be ready to welcome the world.”

To date, the LA28 organizing committee has spent most of its time making deals with corporate sponsors such as Delta, Deloitte and Nike to help fund an estimated $6.9 billion budget.

The preparations do not involve any major construction as organizers look to cut costs by utilizing existing venues such as Crpyto.com Arena, Pauley Pavilion and Dignity Health Sports Park in Carson.

A balanced budget will be crucial as city and state legislatures have agreed to serve as financial backing, meaning taxpayers will have to foot the bill for any cost overruns. Organizers have vowed to use only privately raised funds, insisting they can buck a trend that has seen previous host cities run up significant deficits.

At a public pool next to the Colosseum, Garcetti said the city was “ready and excited” for its third games.

First hosted in 1932, LA played a pivotal role in Olympic history in 1984 when organizing chairman Peter Ueberroth revolutionized the process of recruiting corporate sponsors, not only balancing the Games’ budget but also finishing with a sizeable surplus. The city was named to host 2028 during an unusual bidding contest that ended with the IOC reaching a compromise between the finalist cities, awarding 2024 to Paris and requiring LA to wait four years in exchange for financial considerations.

With the World Track Championships in Eugene, Oregon underway, IOC President Thomas Bach stopped in Southern California to meet with organizers, tour several venues and see how youth sports programs are being supported through donations from LA28 and the IOC of $160 million in funding.

“I’ve been really impressed with the progress and creativity of the LA28 team,” said Bach.

The 2028 Summer Olympic and Paralympic Games will feature 800 events in at least 40 sports, totaling more than 3,000 hours of competition. About 15,000 athletes from around the world are expected in Southern California.

Derek Jeter on his future in baseball after Miami Marlins exit, 'The Captain' documentary series on ESPN