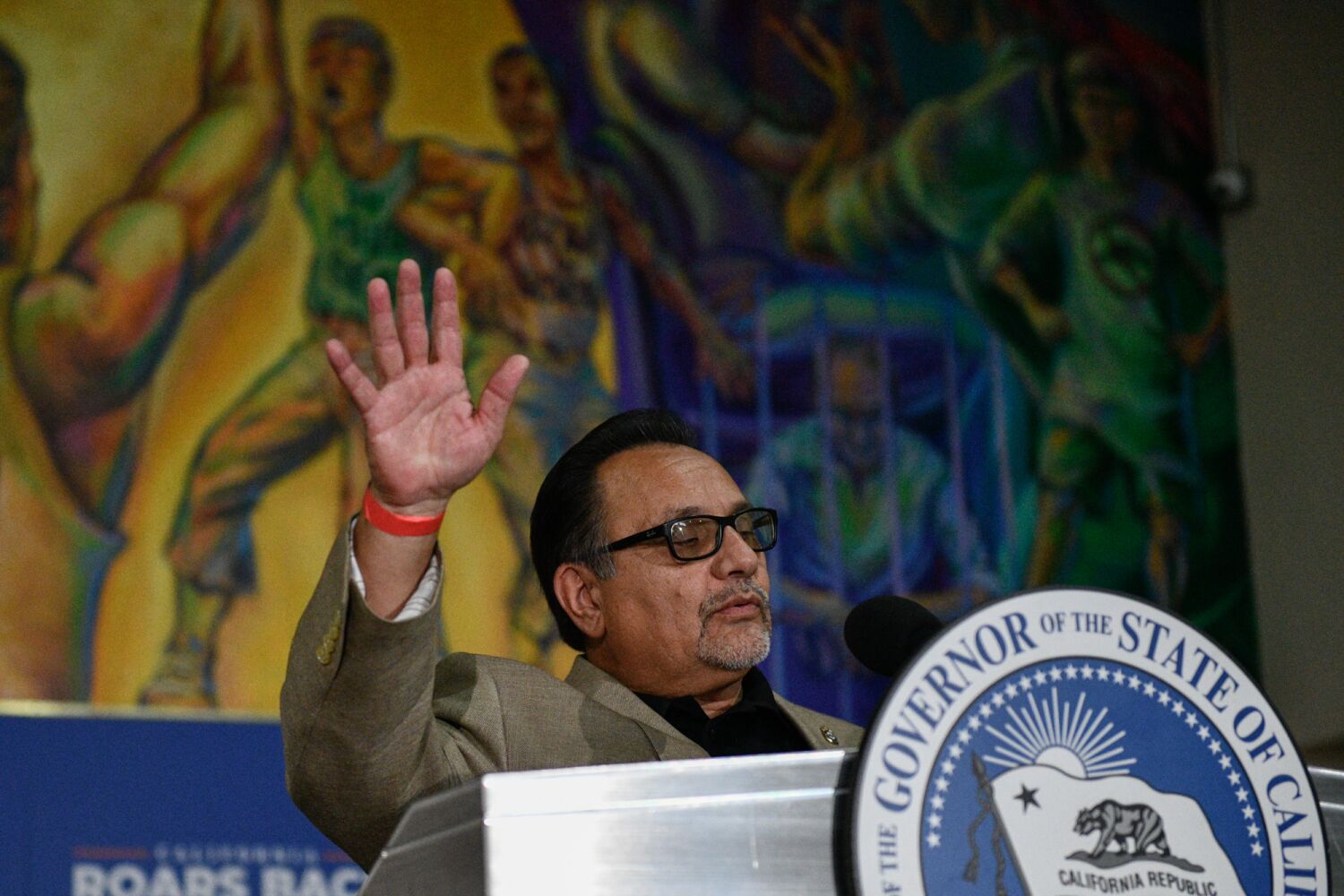 For newcomers running for office in Los Angeles, support from some of the city’s many political clubs can give a significant boost, as the groups call up potential voters or host meet-and-greets with candidates.

The groups tend to draw little attention except when a candidate is touting their esteemed support. But this election season, two incidents have put clubs under scrutiny and leaders on the defensive.

Last month, mayoral candidate Karen Bass suggested that rival Rick Caruso acquire the support of the Avance Democratic Club, a Latino group. “How much did you pay for this?” Bass said during a debate — a remark that angered club leaders and prompted Bass to apologize.

Days later, a leaked audio recording of a meeting at the Los Angeles County Federation of Labor included someone proposing that the federation “buy” Democratic clubs. The comment was made during a talk on expanding the unions’ political power.

The incident drew attention to the clubs’ murderous and seemingly mysterious confirmation process and their practice of charging membership fees, which in turn can lend an opportunity to participate in high-stakes confirmation votes.

Dozens of Democratic clubs in the Greater LA area are chartered under the LA County Democratic Party, with the Stonewall Democratic Club and the Los Angeles County Young Democrats being among the better known groups. The volunteer-led groups host events and can have hundreds of members.

Candidates can summon their allies to buy memberships, or in some cases simply buy multiple memberships themselves before an approval vote. You can also court existing club members prior to a vote.

The Stonewall Democratic Club, like Avance, charges $25 a year for membership. The San Pedro Democratic Club costs $15 per member and an additional $10 for a family.

State Senator Sydney Kamlager (D-Los Angeles), a candidate in the 37th congressional district, gave Avance $250 this year — in 10 increments of $25 — campaign spending records show. The candidate had sought Avance’s support but did not receive it at the March 24 meeting.

Avance President Nilza Serrano said she had no internal records to show when the money was received. A Kamlager spokesman did not respond to repeated requests for comment over several weeks about the purchases.

Jan Perry, who runs against Kamlager, is a member of several local Democratic clubs including Avance, who have backed them.

She said she feels no pressure to bring new members to the club this election season.

Sam Yebri, a first-time candidate for the Council District 5 seat, which includes Fairfax, Cheviot Hills and Bel-Air, has the support of Democrats for Israel Los Angeles, the Ethiopian Democratic Club of LA and the San Pedro Democratic Club — one group in the port area, miles from the Westside.

He said he didn’t try to get people to join any of those clubs before their approval vote.

To avoid “vote stacking” — in which a candidate floods a club with new members by writing a check — the Miracle Mile Democratic Club doesn’t allow a candidate to earn more than five memberships, club president Mark Edwards said.

“Imagine joining a Democratic club because you want your vote to be heard, but suddenly the whole confirmation process is affected by ballot stacking,” Edwards said.

Other clubs have different safety precautions. At the Pacific Palisades Democratic Club, endorsements are only issued by the 35-member board of directors and not the board as a whole, said Melissa Grant, a vice president.

In the Stonewall Democratic Club, new members cannot vote unless they have been a member for at least 56 days prior to an approval vote to prevent a candidate from swamping a campaign.

From a club perspective, the endorsement season is often similar to an annual fundraiser, where money from memberships or sponsorships is paid for events and other programs throughout the year.

It is also common for club members to belong to unions, and candidates may be asked during the interview which union they support.

Yebri, the Westside Council nominee, said: “It is clear that institutional and mainstream candidates have a fast track to get these and many other party recommendations” – a complaint made by other first-time candidates.

Candidates can also be confronted with unsavory proposals. A candidate, who asked for anonymity, described a club officer’s pitch this election season.

“The board member said, ‘I would like to offer my consulting services, I will speak on your behalf. I’ll channel back and guarantee you five or ten votes. My consulting fee is $5,000,” said the candidate, who declined the offer.

Suspicions about how LA’s Democratic clubs work deepened last month when a leaked audio clip was posted to Reddit — a meeting traced to the infamous conversation, also posted on Reddit, that included racist and derogatory comments, between three members of the Los Angeles City Council and Ron Herrera separate at the time was President of the LA County Federation of Labor.

In the audio, an unidentified person speaks with Herrera about expanding the Federation’s political power. The conversation turns to democratic clubs.

“The LGBT, we have to ransom them,” says the person. Elsewhere, the person mentions the Los Angeles County Young Democrats.

A union spokesman did not respond to requests for comment on the recording.

Alex Mohajer, president of the Stonewall Democratic Club, told The Times that he believes the person was referring to his LGBTQ club.

“We work diligently each election cycle to ensure our process is open, rigorous and best reflects the views of our diverse membership,” Maldonado said.

Sean Rivas, president of the San Fernando Valley Democratic Party, an umbrella organization of 27 clubs, said he was “very disturbed” by the discussion heard on the audio.

“A lot of these clubs are doing great work and that only hurts progress,” said Rivas.