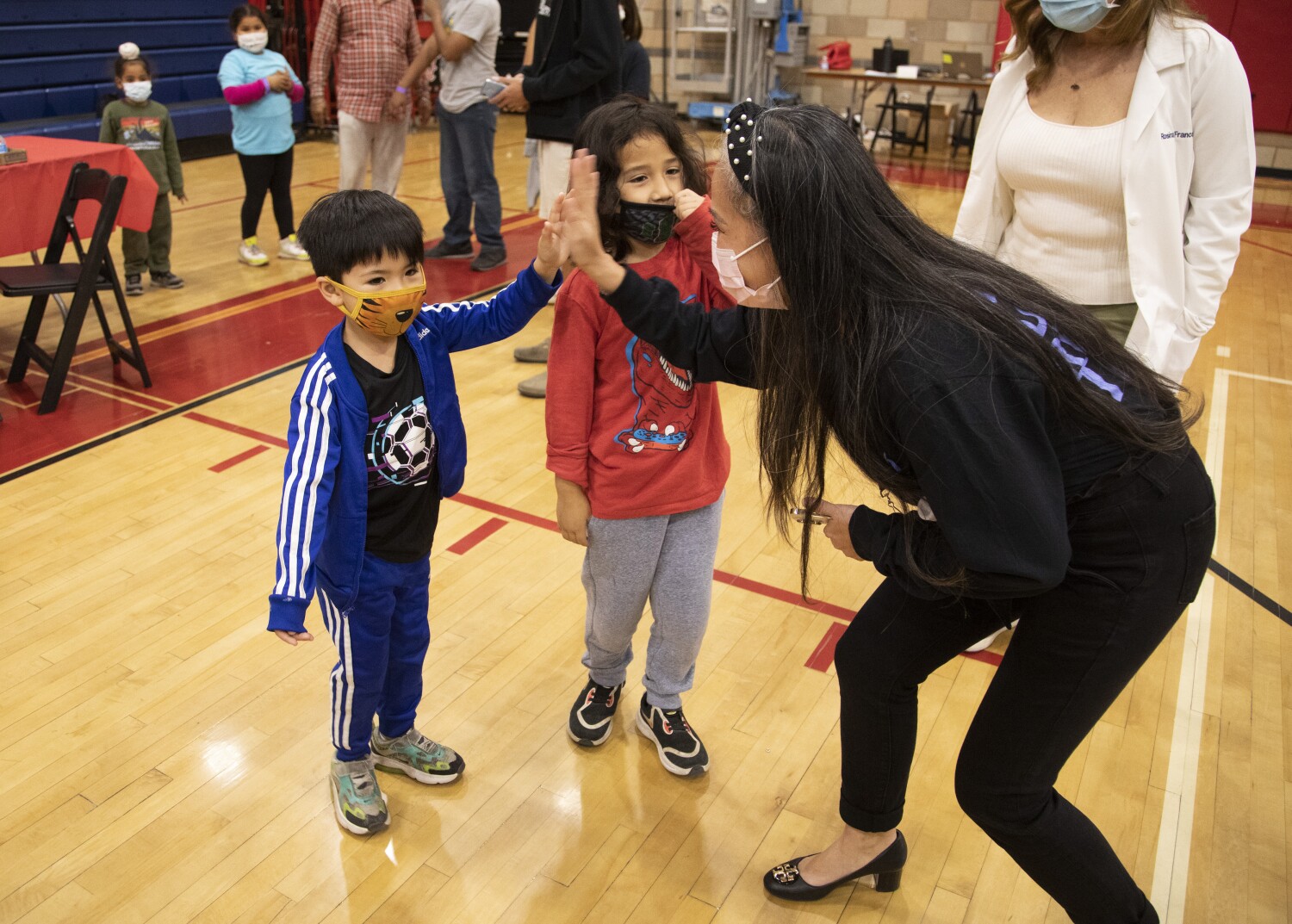 Los Angeles school leaders on Tuesday officially backed away from COVID-19 safety protocols, which were among the most sweeping in the country, opting instead to reflect the county’s current needs and work in unison with most other school districts.

What that means for students and parents is an end to weekly universal testing for coronavirus infections, no baseline testing before school starts on August 15, voluntary masking, and a continued postponement of the district’s vaccination mandate for students at the country’s second-largest school system.

In addition, the district’s daily pass system will be phased out from its previous use as a campus entry requirement that required daily inspection. For the past year, under this system to enter school grounds, students had to be up to date on weekly COVID-19 tests and they or their parents also had to confirm that the students had no symptoms of the disease. The Daily Pass system is instead used to upload positive test results or report symptoms as needed and on a voluntary basis.

Like many other school systems, LA Unified has switched to “answer testing” — which requires testing for those who are ill, have close contacts, or when there is a possibility of an outbreak.

LA Unified School District officials stressed that no one should be attending school sick.

“Perfect attendance is not as important as the safety and well-being of our students and our staff,” LA Unified Superintendent Alberto Carvalho said at a performance last week.

County guidelines require students and staff to isolate for at least five days if they test positive for coronavirus infection — up from a mandatory 10 days or more at the start of the 2021-2022 school year. In addition, home quarantines for close contacts – which had also lasted up to 10 days – are no longer required for people who remain healthy and have tested negative.

“We know COVID-19 is here to stay,” the district said in a letter released Tuesday. “Because we have entered a new phase of this virus where we have accessible at-home testing, immunizations for COVID-19, and therapeutics to treat, Los Angeles Unified is able to quickly adapt to changing conditions.”

Carvalho had presented most of these guidelines in his recent appearances. The district’s previous strict mask, vaccination and testing regulations had divided parents. This dynamic continues.

As of Tuesday morning, nearly 6,000 parents, concerned about the risks posed by high transmission rates in the community, had participated in a coordinated letter-writing campaign calling for school boards to take a more determined approach to safety issues. Among the parents was Alexis Rochlin, who has a son who is a second grader in the district’s West Area.

“While I think many of us were hoping that COVID would be far behind us by now, unfortunately that is not the case and we plan to start the school year without meaningful mitigation measures,” Rochlin wrote in an email to The Times.

She and other like-minded parents want the school district to improve indoor air quality by paying more attention to HVAC systems, high-quality HEPA filtration, and effective, inexpensive DIY filters. She also wants students to eat outside and school bus windows to remain open. Additionally, parents want officers to change their minds and conduct baseline testing before the start of the school year and expand surge and post-exposure testing for students and staff while providing in-patient testing sites in each of the more than 40 designated school communities.

“These sensible and cost-effective measures will prevent the spread of disease in our schools, reduce sick leave for students and staff, and improve equitable access to clean air and testing,” Rocklin said.

Carvalho insisted in an interview that he is just as concerned about safety as the parents who signed the letters. But the campus is reasonably safe due to existing measures, the relatively high vaccination rates among students and the compulsory vaccination among employees.

He added that while he agrees that indoor air quality is important, LA Unified has already installed high quality filters in HVAC systems, changes them regularly and will continue to do so. These systems are set to filter air 24 hours a day. Sample air quality tests show these practices are working, he said.

In its letter, the district also emphasized increased cleaning and disinfection measures.

In the interview, the superintendent also defended the return of breakfast to the classroom. County health officials still strongly recommend covering up indoors, which would not be possible if you were having breakfast in the classroom. The lunch breaks usually take place outdoors in a protected area.

“Everything is a balance, right?” said Carvalho. “If we want more students to take advantage of breakfast, having breakfast in the classroom makes a lot of sense.”

Adequate safety would be ensured by following protocols, including social distancing “wherever possible” and personal hygiene.

“And really, the most important thing is — if there’s a child who has symptoms, the parents should keep them at home,” Carvalho said. “If we follow this guidance, we should be fine. But that also comes with a great deal of personal responsibility.”

At the beginning of the pandemic, LA Unified featured security measures that were among the most aggressive in the nation. These included universal weekly testing, the use of masks both outdoors and indoors, and vaccination requirements for students and staff.

The teachers’ union – which has consistently pushed for aggressive safety measures – has expressed concern about the district’s new direction under the recently appointed Carvalho.

“We believe the district should have maintained its testing program,” United Teachers Los Angeles said in a statement.

“No more masking and a normal school year is what I hope for and look forward to for my daughter,” said Erin Kyle, who just moved to the Westside from Studio City and has a daughter who is in eighth grade. “Yes we have been vaccinated and strengthened and it is time to get back to normal.”

“As a parent, I’m encouraged by the new superintendent,” said Hugo Schwyzer, a Mid-City resident with a daughter in eighth grade and a son in fifth grade. “Right now my two kids are mostly looking to see old friends and get new clothes. Fortunately, this ritual never changes.”

The IRS Is About to Go Beast Mode