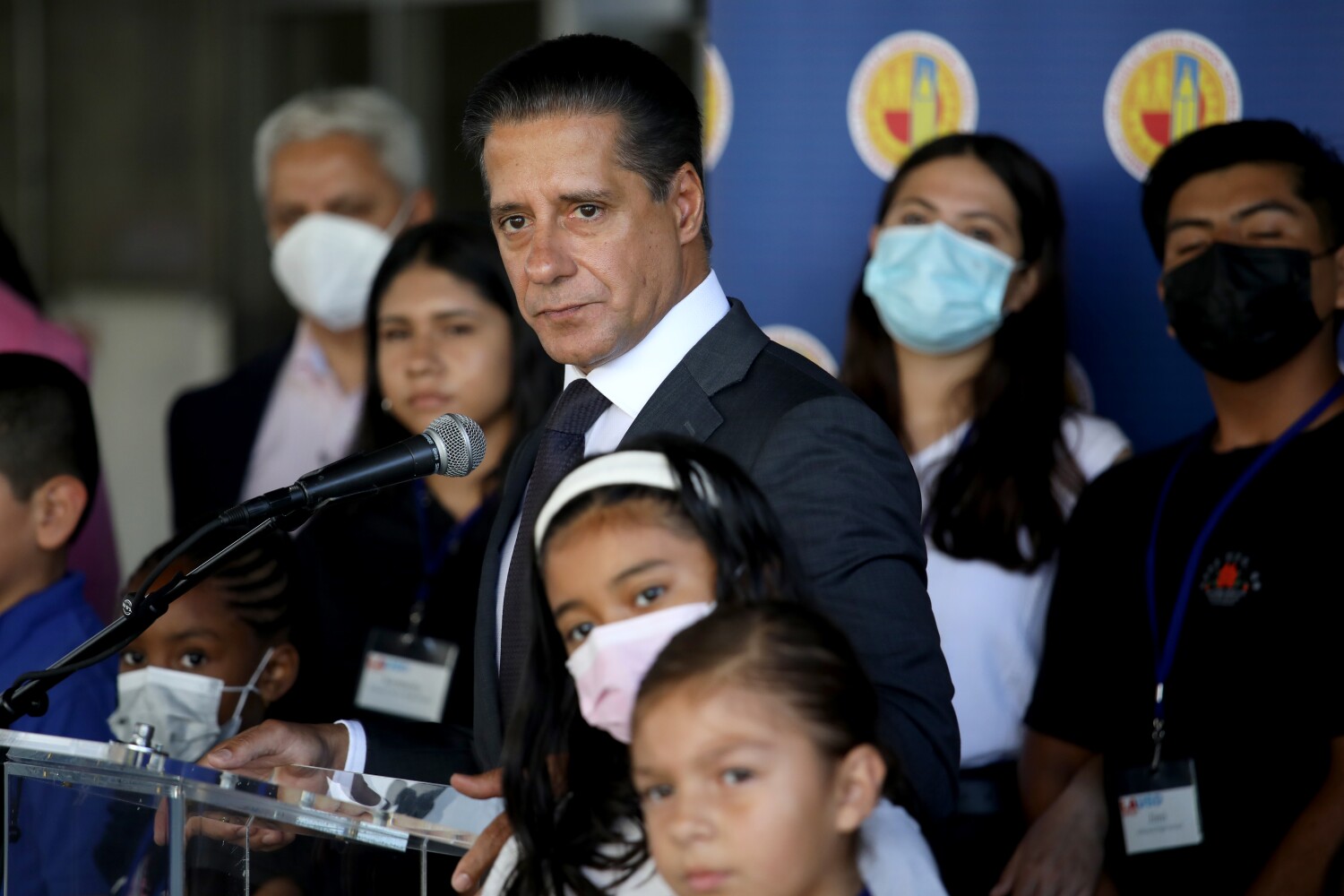 Two weeks before school starts, Los Angeles Unified Superintendent Alberto M. Carvalho estimates that between 10,000 and 20,000 students were not enrolled or dropped out in the past year, with the problem being most pronounced in the youngest grades.

While school officials work to identify and enroll the children, the district is also trying to fill about 900 classroom teaching positions and find more than 200 bus drivers. Carvalho said on Friday he was optimistic most vacancies will be filled by the time school starts on August 15.

The superintendent’s estimate of missing students is based on outreach efforts by district staff to families and assessments from outside groups.

Carvalho said he personally contacted or tried to reach about 50 chronically absent students and their families to better understand the issue and asked 25 members of his senior staff to do the same.

Based on the discussions, he said there may be as many as 20,000 missing students, but numbers are hard to pin down. Several students in his contact group told him about school-age siblings who were temporarily absent last year.

“Some older, some very young. Some said they take care of their younger siblings themselves and have a job or two themselves,” said Carvalho. “And they told me about a lot of other kids who are going through the same thing. That’s just not acceptable.”

Carvalho didn’t blame the students or their families and said the district needs to remove barriers keeping students from school, perhaps through more accessible transportation and better connection to counseling and other family services. Some families, he said, choose to keep children out of school or enroll them elsewhere. He said the district needs to show it offers quality programs, classrooms that are reasonably safe during the pandemic, and safe campuses.

The district also faces a worsening daily attendance problem. Data from March 2022 showed that nearly half of LAUSD students — more than 200,000 children — were chronically absent in their senior year.

Much of the absenteeism was related to COVID-19 quarantines and infections. In the coming year there will be no home quarantines for close contacts without symptoms, although students and staff must remain masked during the quarantine period. And officials are hoping the number of outbreaks will be small.

But even excluding those forced to stay at home due to pandemic restrictions, the chronic absentee rate was about 20 percent, Carvahlo said, calling the figure “extraordinarily high.”

The district’s K-12 enrollment, which was about 430,000 last year, has declined significantly and is expected to fall nearly 30% over the next decade.

A big change from last year will be a relaxation of COVID-related rules. The district will no longer require students and staff to be tested weekly for the coronavirus, and there will be no baseline pre-school testing.

In addition, the district’s daily health check, which parents or students had to show on their mobile phones or printouts when entering the campus, is no longer necessary. As part of this Daily Pass system, students had to be up to date on COVID-19 testing and confirm their good health.

Instead, parents and students only report positive test results or when children are sick. As much as he would like to improve attendance, Carvalho said no one should choose to stay at home when sick. He added that the district has as many rapid antigen tests as it needs.

As the district prepares for open classrooms, many of the difficult staffing issues of the 2021-22 school year remain, including hiring qualified teachers amid ongoing state and national shortages and the urgent need for intense academic recovery. Although the results of the standardized spring tests have not yet been released, a preliminary look at the data reveals major concerns, Carvalho said.

“Soon our academic data will be released and I know what it will show,” he said. “It’s going to show significant loss, significant regression. Now is the time to accelerate and we will be ready to teach from day one.”

Carvalho said the current tally of 900 vacancies for classroom teachers is not far from the historical average, and he will deploy qualified staff outside of the classroom on campus as needed.

“We continue to hire new employees every day,” added Carvalho. “If you have what it takes – if you’re a qualified person.”

In addition, the district lacks around 200 bus drivers for 1,000 employees. Numbers do not include 400 drivers a new private contractor wants to hire with a $5,000 hiring bonus. For its part, the district is gradually rolling out a plan to pay drivers for an eight-hour day instead of a six-hour day, a 33% increase.

Busing supervisors and trainers will step in as needed. In the worst case, the number of stops could be reduced or the routes could be combined, which would lead to longer bus journeys and waiting times for students.

The school district provides transportation to about 12% of its students—primarily students with disabilities, students from magnet schools, and students who need it for special events such as track and field trips. The official “walking distance” for an LA school is five miles — too far, says Carvalho. Among its goals was to offer more buses to allow access to more educational options.

A feature unveiled on Friday could make those long bus rides seem shorter. The district has equipped all its buses with WiFi with funding. It also has a new launch fleet of 11 electric buses.

Wilson High School 12th grader Brianna Castaneda was among those invited to see the new buses on Friday. To get to her Eastside magnet school, she must drive two miles to the pickup point at Locke High in Watts by 6:15 a.m. Sometimes it doesn’t drop back off at the Locke High stop until after 5:30pm

Brianna was grateful for the WiFi upgrade.

“It was a good idea because there’s a limit to what you can do with your phone,” she said. “Let’s say I have to make slides for school. Now I can use my laptop on the bus, I think that’s cool.”

Jennifer Garner Warns Fans Over 'Injecting Anything Into Your Face'