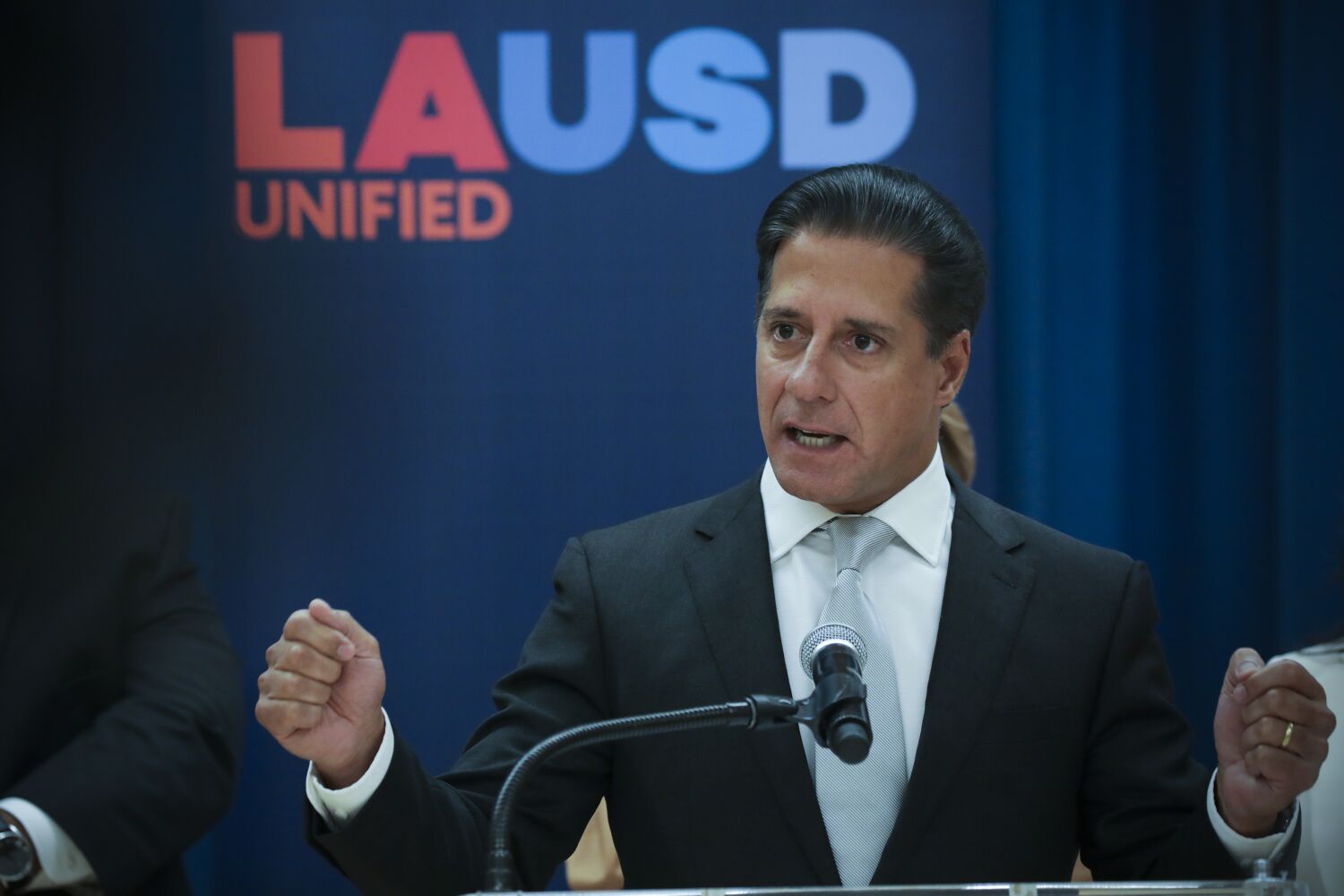 Los Angeles parents who want their children to get extra academic help can send them to school the first two weekdays of winter and spring break, a revised learning plan that won support from the teachers union but also prompted Supt. Alberto Carvalho and several school board members to criticize the workers’ group.

The Board of Education approved the plan Tuesday after Carvalho described it as a “next best” but still valuable option imposed on the district by United Teachers Los Angeles.

Participation in the “Accelerated” Learning Days is optional for students, teachers, administrative staff and other staff. On these days, the students are looked after individually and taught in small groups. Employees who participate are paid for their time.

The district originally announced that it would increase the school year by four days from 180 to 184, with the additional study days being woven into the calendar at strategic mid-semester points to give students with difficulties the opportunity to do better in class.

In response, the union filed a labor grievance alleging that the district had acted illegally by adding four extra days, as such calendar changes are the subject of negotiations. The union said funds would be better spent on strategies including “smaller class sizes, hiring more counsellors, psychiatric social workers and school psychologists, and investing in teacher training”.

The district has also invested in these strategies – even if union leaders find the commitment insufficient.

UTLA also urged its members to boycott the first day of acceleration on October 19.

Carvalho said the district negotiated the new plan with the union and shelved the original plan for practical reasons: With few teachers expected, he had concerns about safely supervising students and providing meaningful instruction.

“Honestly, it’s disheartening,” he continued. “And I want to say to the board that I sincerely apologize to you and the community for trying to do something that was in the best interests of the students.”

He also responded to union criticism that the original district plan was a waste of money and illegal.

“The principles of justice would dictate that we must give [students] more of what works, more of what we value,” said Carvalho. “And I could be wrong, but I appreciate teaching. I appreciate the teaching of teachers before students. So if it’s good for the first 180 days, it may not necessarily be bad, terrible, a stunt, or a waste of money by day 181.”

Without naming UTLA, he added, “If anyone wants to claim a win or celebrate the win because we couldn’t get kids into our schools these Wednesdays… count me out. count me out I’ll always show up for the kid because that was the right thing to do.”

Carvalho added the district could have communicated better, but the union was unwilling to negotiate the acceleration days if the decision had to be made in April near the end of the previous school year.

The teachers union did not immediately respond to Carvalho’s comments, but union leaders said they were willing to negotiate the extra days, but the district imposed them on the grounds that they were optional.

The district provided $122 million to pay for the four days plus three additional days of teacher training just before the start of the school year. About two-thirds of the district teachers attended, officials said.

The union and the district are currently negotiating the entire contract, a process that includes seeking positive public opinion.

Other workers’ unions had agreed to the original plan, and one of them, Local 99 of the Service Employees International Union — which represents teacher’s assistants, bus drivers, cafeteria workers and janitors, among others — urged the district on Tuesday to comply. But the leaders of this union did not threaten a boycott.

The school board’s unanimous vote in favor of the new plan was followed by a discussion that largely reflected the superintendent’s points.

“As is often the case, adult agendas got in the way of children,” said Board Member Nick Melvoin. And comparing the two unions, he added: “This is just year after year and incident after incident where bad behavior is rewarded and good behavior ignored.”

School board president Kelly Gonez, who along with other board members voted in favor of the district’s original plan in April, said the situation was “very frustrating” but “the urgency of our students’ needs requires that we make difficult decisions that may cause inconvenience to one.” to serve greater good.”

The teachers’ union supported Gonez’s bid for re-election in November. She is the only incumbent board member on the ballot.

In view of the expected boycott, the learning day on October 19 was “simply not feasible,” said Gonez. “Our children don’t deserve this”

From 'The Walking Dead' to 'Cobra Kai', 10 Terrifying Villains That You Love To Hate

Dangers of cell phone SIM swapping and how to protect yourself