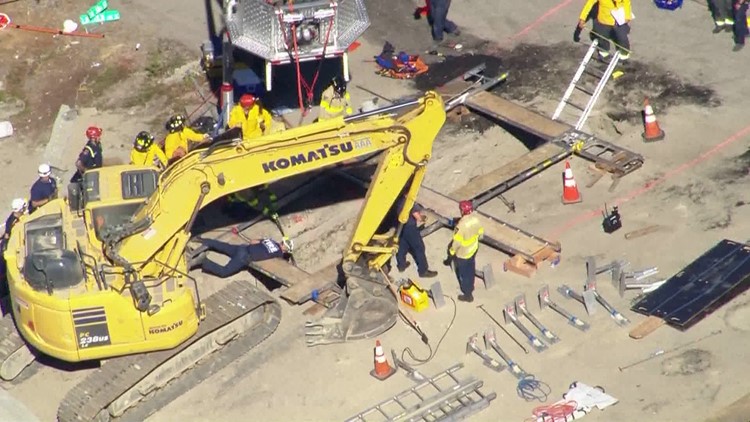 The Occupational Safety and Health Administration says 22 deaths related to digging and excavation work were reported in the first half of 2022, compared to 15 for all of 2021.

RENTON, Wash. – The Washington State Department of Labor & Industries (L&I) is investigating what led to a worker being killed when a ditch collapsed near 38th and Lincoln in Renton on Wednesday.

Firefighters said dry ground is more prone to slide and collapse. Although there was a trench box on site, not all areas were protected.

L&I said the investigation will take some time.

“We’re looking at a number of different things from the type of soil they’ve been working in, what safeguards they’ve put in place, if that meets the requirements that we have for trenching sites and all of that stuff. So, these can take some time to sort out, from a couple of months to six months,” said Matt Ross, public affairs manager. “Especially on an accident inspection involving the death of a worker, we really want to make sure we’re taking our time and getting everything right.”

It comes about two months after two workers were killed in a ditch collapse at a coastal house while they were repairing a broken sewer when a pile of dirt on top collapsed.

Both incidents were part of a nationwide trend. The Occupational Safety and Health Administration says 22 workers died while digging and excavating in the first six months of 2022 – compared to 15 for all of 2021. The agency said it will step up enforcement in response.

Earlier this year, the owner of a Washington construction company was sentenced to prison for the death of one of his workers in a 2016 ditch collapse at a West Seattle site, “sound safety rules.”

“We have oversight of sites where trenching is taking place,” Ross said. “We have a very specific set of rules covering what companies need to meet when doing any kind of trenching work.”

L&I conducts pop-up inspections on all types of construction sites nationwide, including those where trenching is taking place. It also responds to complaints from workers and witnesses.

“To keep Washington safe and operational. Our goal is for every worker to go home safely at the end of the day and not put your life on the line just to earn a paycheck,” Ross said. “It is horrific to see another tragedy like this so shortly after the last one a few months ago in which two workers died in Shoreline, following a national focus to limit those deaths in the trenches.”

Policies, training and resources are available on the L&I website.