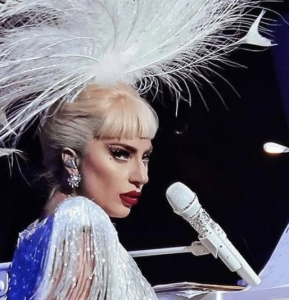 Lady Gaga had to end their concert prematurely due to a large tropical storm.

The musician was reportedly forced to cancel her Chromatica Ball concert in Miami, which was a disappointment to fans. But the chances of the show going on looked slim when it became apparent that the audience might have been in danger.

Lightning is said to have struck Hard Rock Stadium, which happens to be home to the Miami Dolphins. With that being said, Gaga became very emotional and disappointed for letting her fans down.

In which Video Here we can see Gaga in tears as she explains the exact nature of events. Supposedly she had said the following: “We just have to pause the show for a minute.

“We really tried to finish the show tonight in Miami but we couldn’t because even when the rain stopped the lightning struck the ground so close to us.”

This is totally understandable as Gaga was most likely left with no choice. The recent tragedy at Astroworld has highlighted the dangers that can arise when public safety is not put first.

During said concert Travis Scott came under heavy fire after allegations that safety protocols had not been properly implemented, resulting in the reported deaths of 10 people and many others injured. Naturally, that led to Travis facing lawsuits, which Gaga wanted to avoid.

Fans on social media understood the difficulties Gaga will have gone through. And in doing so, they commended her for having the guts to come out and tell her fans exactly what happened.

A person wrote: “It was surreal and really sad when she came out and told us to go home.” while another person specified: “You could tell how heartbroken she was.” So there you have it folks. What did you think?

Apple made the iPhone 14 easier to repair than you expect