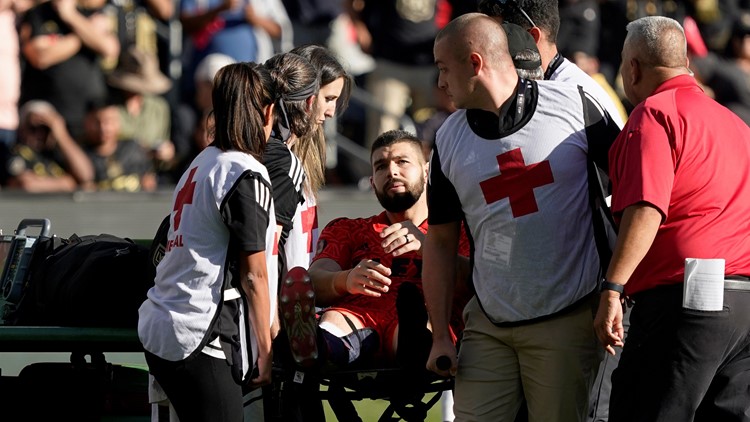 Crepeau underwent surgery at Kaiser Permanente’s Baldwin Park Medical Center. He is likely to miss the World Cup for Canada, although the team has not confirmed this.

Crépeau was injured charging out of his net and colliding with Philadelphia’s Cory Burke to prevent a clear goal path to a possible go-ahead in a 2-2 game. Crépeau was brought from the field on a cart.

Crepeau, 28, joined LAFC in January from the Vancouver Whitecaps. He also played for Montreal during his MLS career.

Man, his leg is done. Prayers for a healthy recovery Crepeau 🙏🏼 pic.twitter.com/ltm91sLBLw