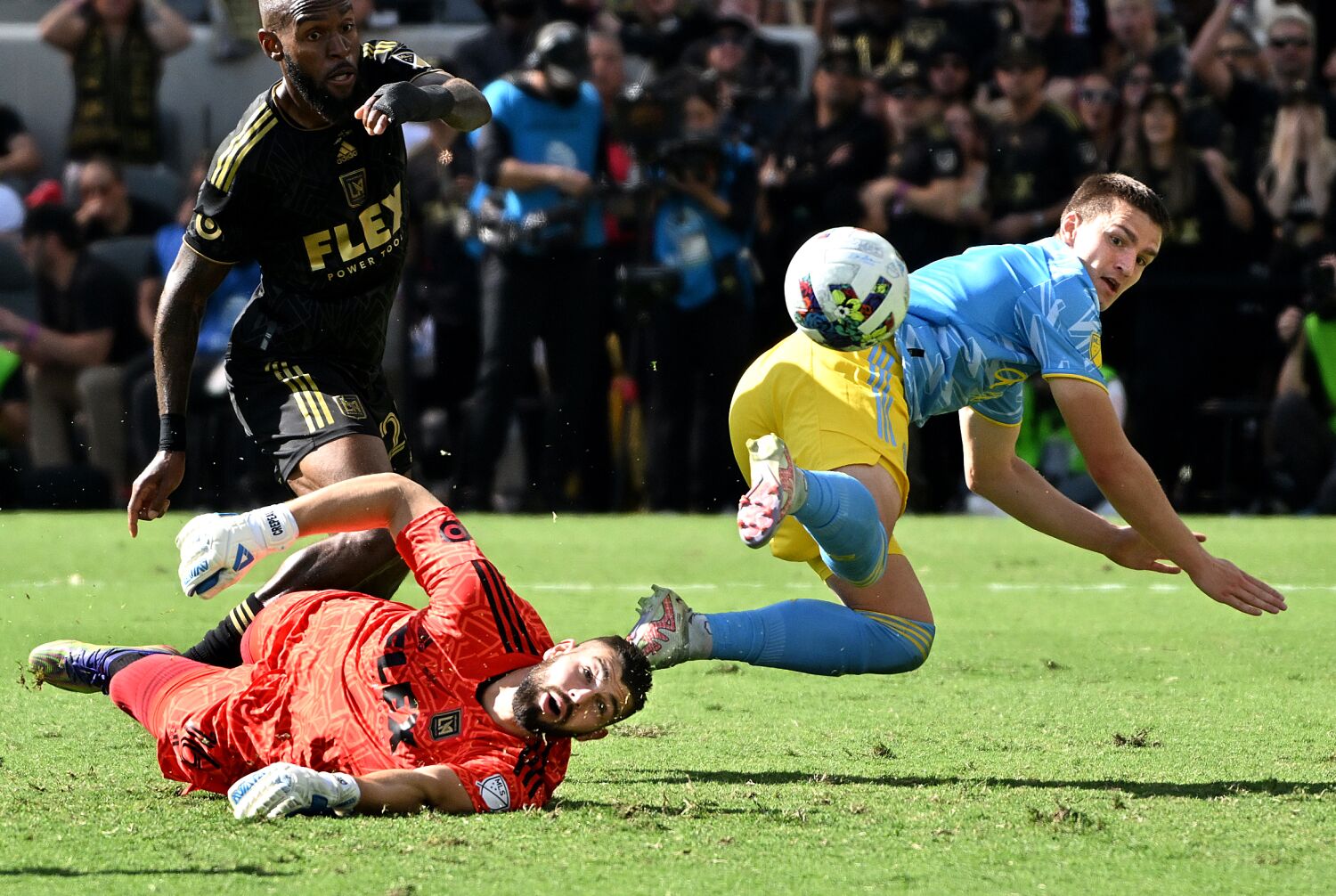 LAFC goaltender Maxime Crepeau suffered a broken leg in the collision that knocked him out of the club’s MLS Cup win over the Philadelphia Union, the team said on Sunday, announcing that he had undergone successful surgery to correct the injury to repair breakage.

Recovering from surgery will keep Crepeau out of the World Cup later this month in Qatar, where he was due to play for Canada, and sideline him for the start of the MLS regular season in February.

Crepeau was injured in Saturday’s second overtime at Banc of California Stadium when he came off his line to challenge Philadelphia’s Cory Burke, who had gotten free on a breakaway and had only to beat the goaltender. The pair tangled near the top of the box, with Crepeau drawing a red card before exiting the field with a cart. He would be replaced by backup keeper John McCarthy, a journeyman who only played one MLS game that season.

McCarthy didn’t allow a goal in the crucial penalty shoot-out and scooped the LAFC’s Most Valuable Player award with the win. He credited Crepeau’s instincts for the game in which he was injured for the win.

“This is the game of the game for me,” McCarthy said. “If he comes out and slips and misses it’s 3-2 and who knows how the game will end. But he made a big decision by coming out and making this game.

Crepeau, 28, joined LAFC in January from the Vancouver Whitecaps in exchange for $1 million in ration funds. He had career-highs in games and starts (33) and shutouts (10, including the playoffs) while giving up just 36 goals. He has 15 caps for Canada, who will be at only their second World Cup this fall.

The recovery time for injuries Crepeau sustained is around four to six months. The injury was so gruesome that Fox Sports, which broadcast the game, didn’t show replays.