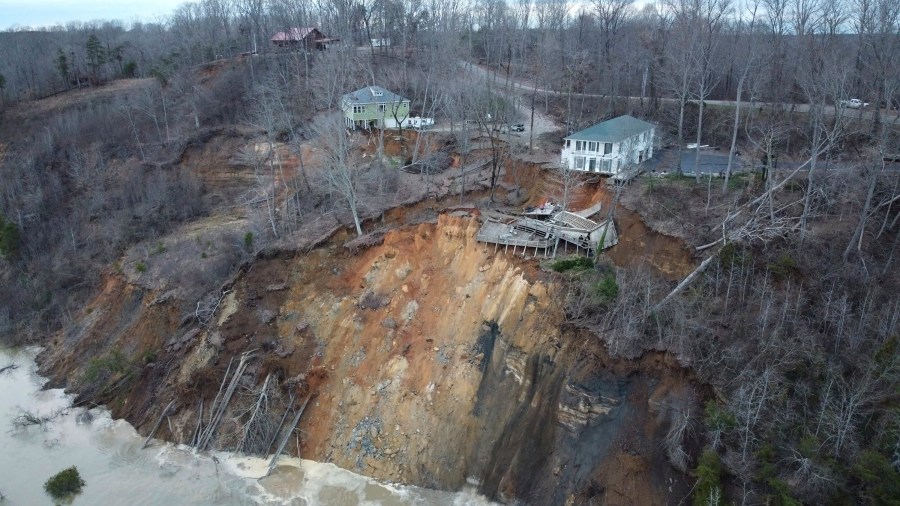 NASHVILLE, Tenn. (WKRN) — The Nashville subway is no stranger to natural disasters. One often thinks of historic floods in May 2010 and a devastating tornado in March 2020.


James LaRosa, a service hydrologist with the National Weather Service Office in Nashville, said the Middle Tennessee terrain accounts for much of the landslide risk.

“Here in the middle sections we get some decent terrain changes over a short distance. You really see that terrain and rolling hills there.”

Nashville has a history of landslides. Heavy rainfall and flooding in March 1975 and May 2010 led to large-scale landslides.

Landslides are most common during the winter months, but can also occur at other times of the year.

“It’s really kind of a winter threat, or when we’ve had a lot of rain, the soil gets really saturated, and that tends to kind of move the soils,” LaRosa said.

The same report also said steep slopes in South-Central Davidson and North-Central Williamson counties could be more prone to landslides.


“Sometimes when you remove the vegetation that holds things together, you can create a problem that wasn’t necessarily there to begin with.”

https://www.wkrn.com/weather-headlines/weather-stories/landslide-threat-may-be-growing-in-nashville/ Landslide threat may be growing in Nashville