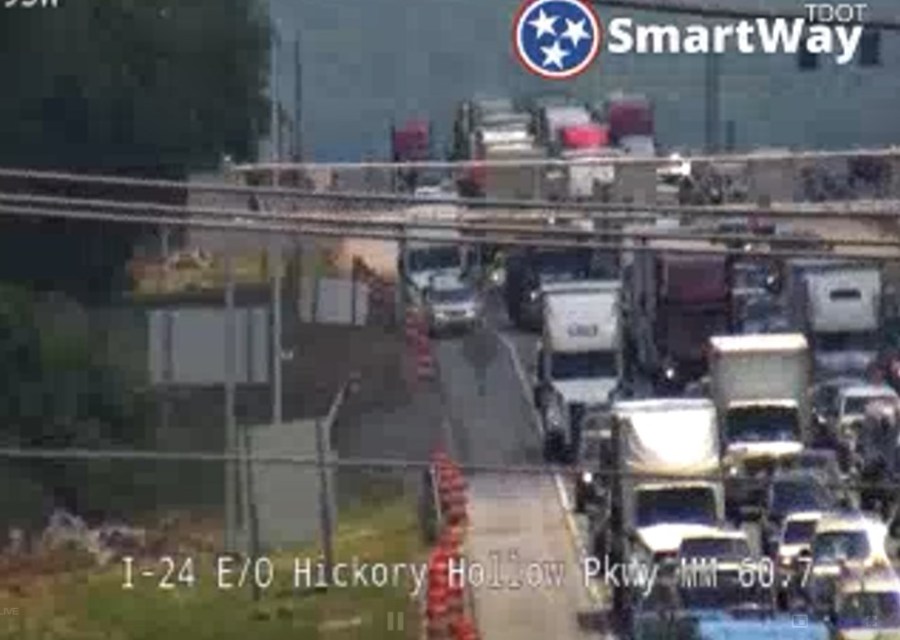 DAVIDSON COUNTY, Tenn. (WKRN) – TDOT is advising drivers that road construction and construction will result in more lanes being closed this weekend and next in Davidson County.

Drivers using Interstate 24 as a regular commuter route will expect more traffic than usual this weekend as lanes will be closed in both directions during TDOT. continue to repair.

Lanes are expected to close in Davidson County through May 18:

Two lanes will be closed from the mile marker 58 to 59 on Mill Creek. Closing begins at 8pm on Friday night and will last until 5am on Monday. TDOT says three lanes may be closed for a short period of time, but one lane will remain open at all times.

According to TDOT, the closure is to erect temporary barriers and begin repair and construction of the bridge.

There will be nightly closures to restore pavement markings both west and east on Interstate 40 from miles 191 to 196 and mile markers 207 and 213 in Davidson County.

The nightly closure of alternate lanes and ramps will also take place as TDOT teams work to re-pave the road from Old Hickory Avenue to Arlington Avenue from 8pm to 5am.

Crews with TDOT will close alternate lanes nightly from 8 p.m. to 5 a.m. on Murfreesboro Road from Fessler Lane to Foster Avenue to repair damaged concrete.

Lanes will be closed from 9 a.m. to 3 p.m. as crews operate and clear the way from Hamilton Cathedral Road to Mt. View.

Motorists should exercise caution and slow down in all work areas as TDOT resumes scheduled construction and maintenance work on the road.

https://www.wkrn.com/news/local-news/lane-closures-planned-as-tdot-repairs-roadways-in-davidson-county/ Lanes closures to expect in Davidson County until May 18

Can Russia Rebuild Its Tech Sector with China’s Help?