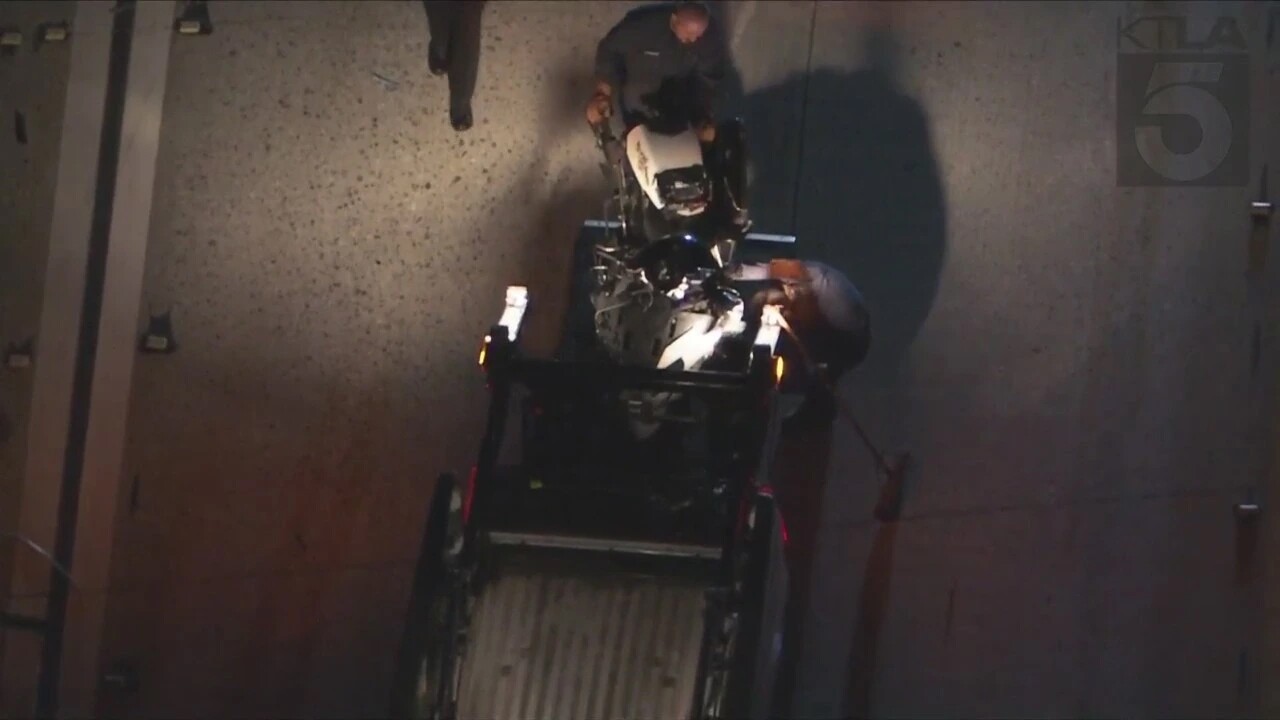 A Los Angeles Police Department motorcycle officer was hospitalized Thursday night after a hit-and-run accident on the 110 freeway.

The accident happened around 8:13 p.m. on the 110 southbound on the 105 Freeway, according to the California Highway Patrol.

One person was transported from the scene at 8:27 p.m., said Nicholas Prange, a spokesman for the Los Angeles Fire Department.

The fire department is not confirming the patients’ identities, but Officer Matthew Cruz, an LAPD spokesman, said the person was a motorcycle officer.

Cruz later said the officer was in stable condition and the crash was being investigated as a hit and run.

CHP dispatchers could not confirm the total number of vehicles involved in the accident.

Authorities are looking for a 2014 or 2015 white convertible sedan with a male driver and passenger believed to be involved in the accident, Cruz said.

Deputy Brenda Serna, a spokeswoman for the Los Angeles County Sheriff’s Department, confirmed the sedan was a BMW.

Further information about the crash and the investigation was not available Thursday evening.

Bregman homers, has 3 RBIs to lead Astros over Mariners 4-2