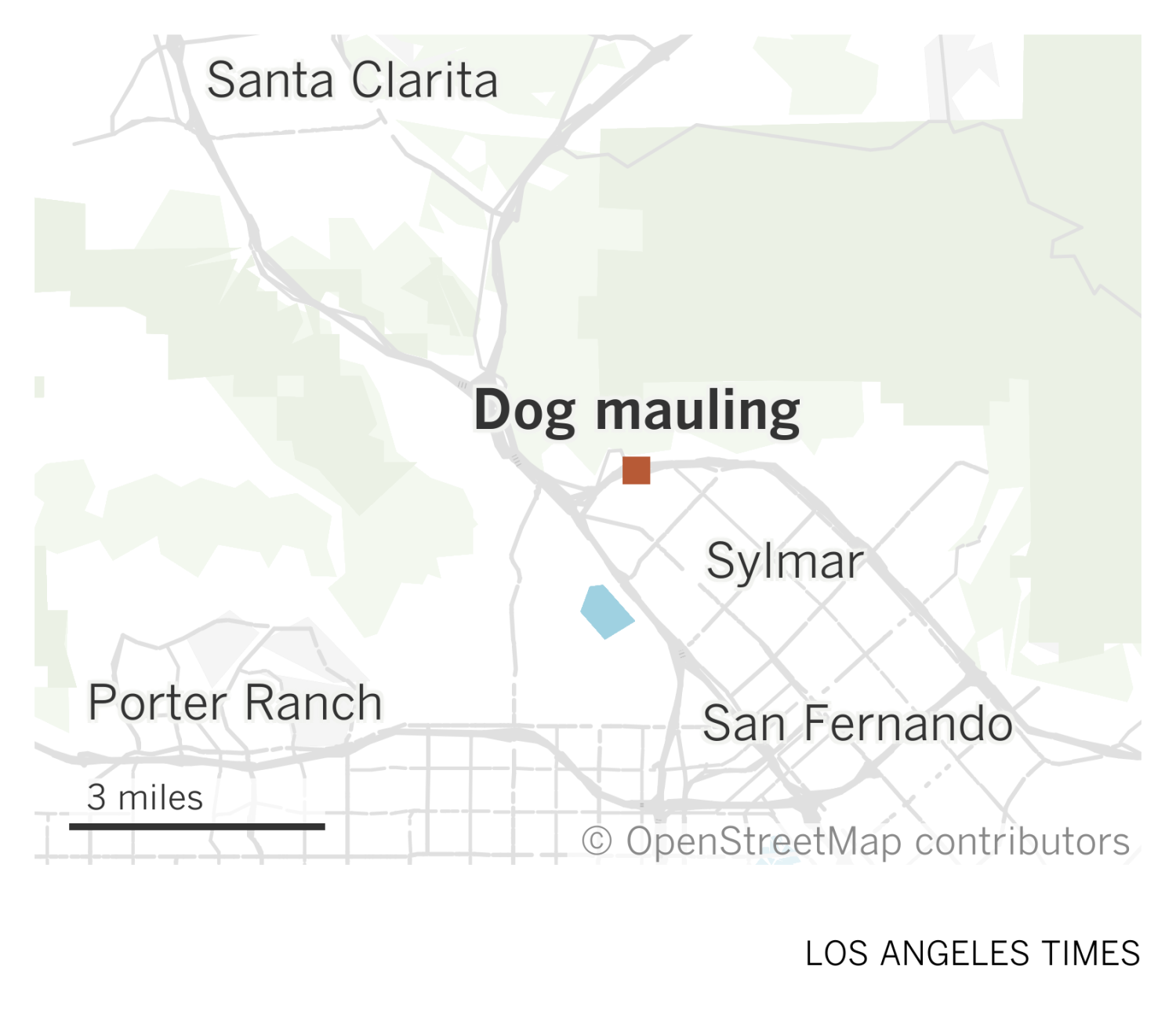 Around 1:30 p.m., police received reports of a pedestrian being attacked by two dogs near a house in the 15900 block of Joseph Court.

Two LAPD officers arrived and one officer fired two shots, hitting and killing one of the dogs and causing the other to run away.

The victim was taken to a hospital with stab wounds and lacerations. She underwent surgery and is expected to survive, police officials said.

The second Great Dane involved in the attack was removed from her home by the Los Angeles County Department of Animal Care and Control.

The shooting is being investigated by the Los Angeles Police Department.

A Permitting Lesson for Joe Manchin

Trump, at a weak point, pitches a comeback