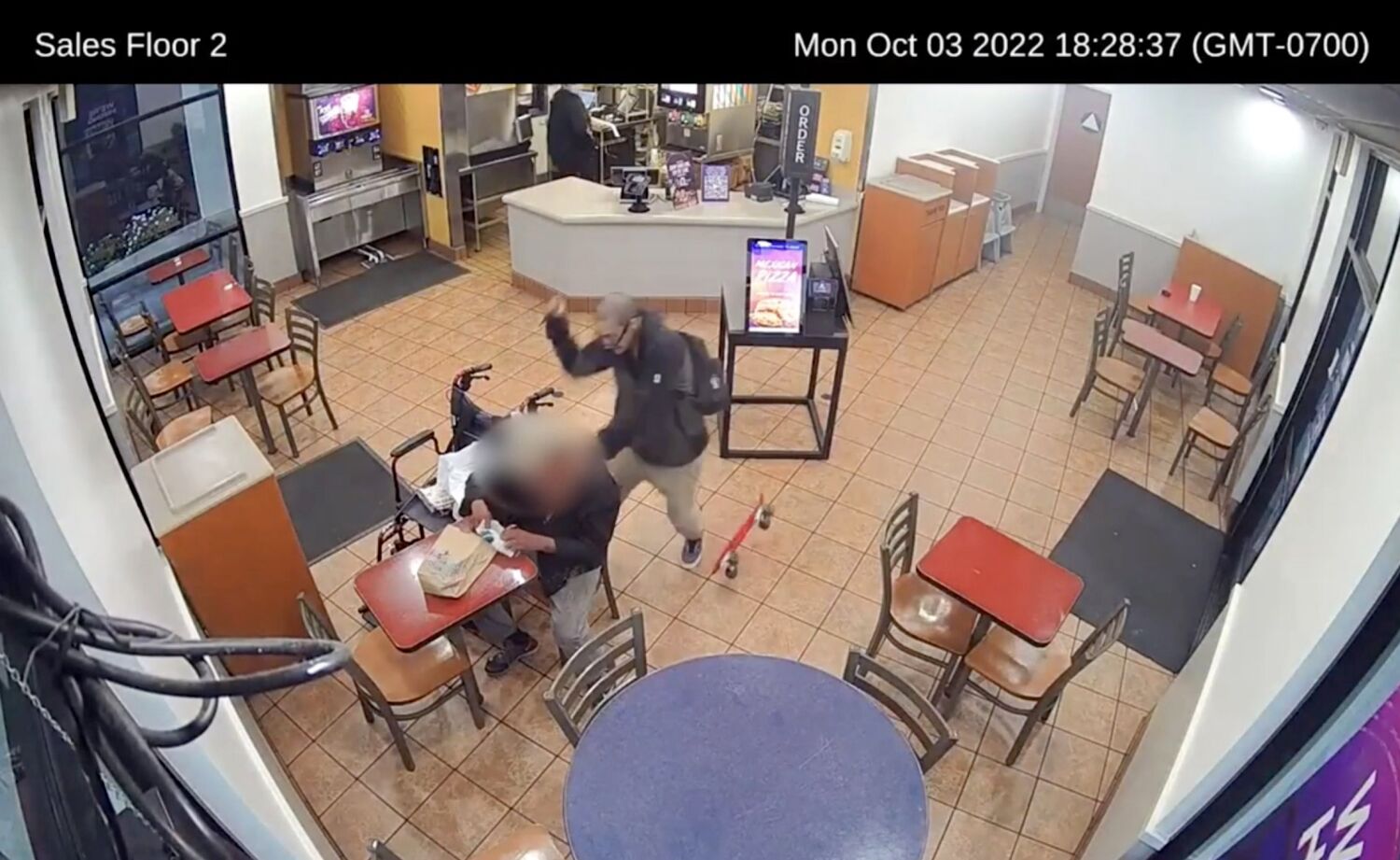 Los Angeles police are searching for a suspect who, without provocation, stabbed an 82-year-old man in a wheelchair while he was having dinner at a fast food restaurant in Mar Vista Thursday night.

The victim was assaulted around 6:55 p.m. at a Taco Bell on the 12000 block of Venice Boulevard, police said. The victim was stabbed in the neck and shoulders and taken to a local hospital, where his condition was stable.

Police released video footage showing the suspect – a man believed to be 25 to 30 years old – approaching the victim from behind and then stabbing him at least twice. The suspect dropped a skateboard he was carrying before fleeing the restaurant.

The suspect is described as male, between 5-foot-1 and 5-foot-6 and weighing about 130 pounds, according to authorities. He has a small tattoo next to his left eye and a large tattoo on the back of his head.

Claire Denis on how 'Stars at Noon' differs from the novel

Philadelphia hit-and-run: Bicyclist dies after being hit by pickup truck with 6 wheels in Parkside