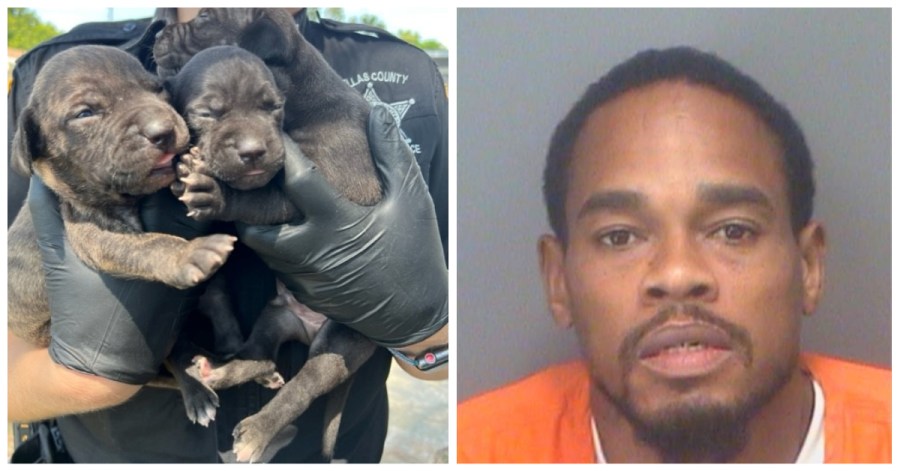 LARGO, Fla. (WFLA) – Pinellas County deputies arrested a man Saturday morning after they said they found 33 dogs and two children at his home who may have been abused and neglected.

Deputies said they received a complaint about multiple dogs barking at about 10:20 a.m. Saturday at a home on 119th Street North in an unincorporated part of Largo.

When they arrived, delegates heard dogs barking and met Terrell Coley, 38, in his backyard. There, they found “a large number of handcrafted wooden kennels,” containing 33 pit bulls of various ages, according to a statement.

The Pinellas County Sheriff’s Office said four of the dogs were injured when they were discovered. Delegates said the dogs could be used for a dogfight, based on the condition of the dogs and the dog fighting equipment found at the home.

Two children under the age of 14 were also found in the home. Delegates said the two children were supposed to be cared for by Coley, but they had no food or drink.

An affidavit says the children were also exposed to animal abuse, with their room “meters away from a pile of dog poop, two malnourished dogs and five puppies.

Delegates said that while searching for food, they also found cocaine, multiple guns and ammunition. They also said “a large amount of white powder” was found and tested.

Khloe Kardashian reveals she had a tumor removed from her face, posts photos with bandage