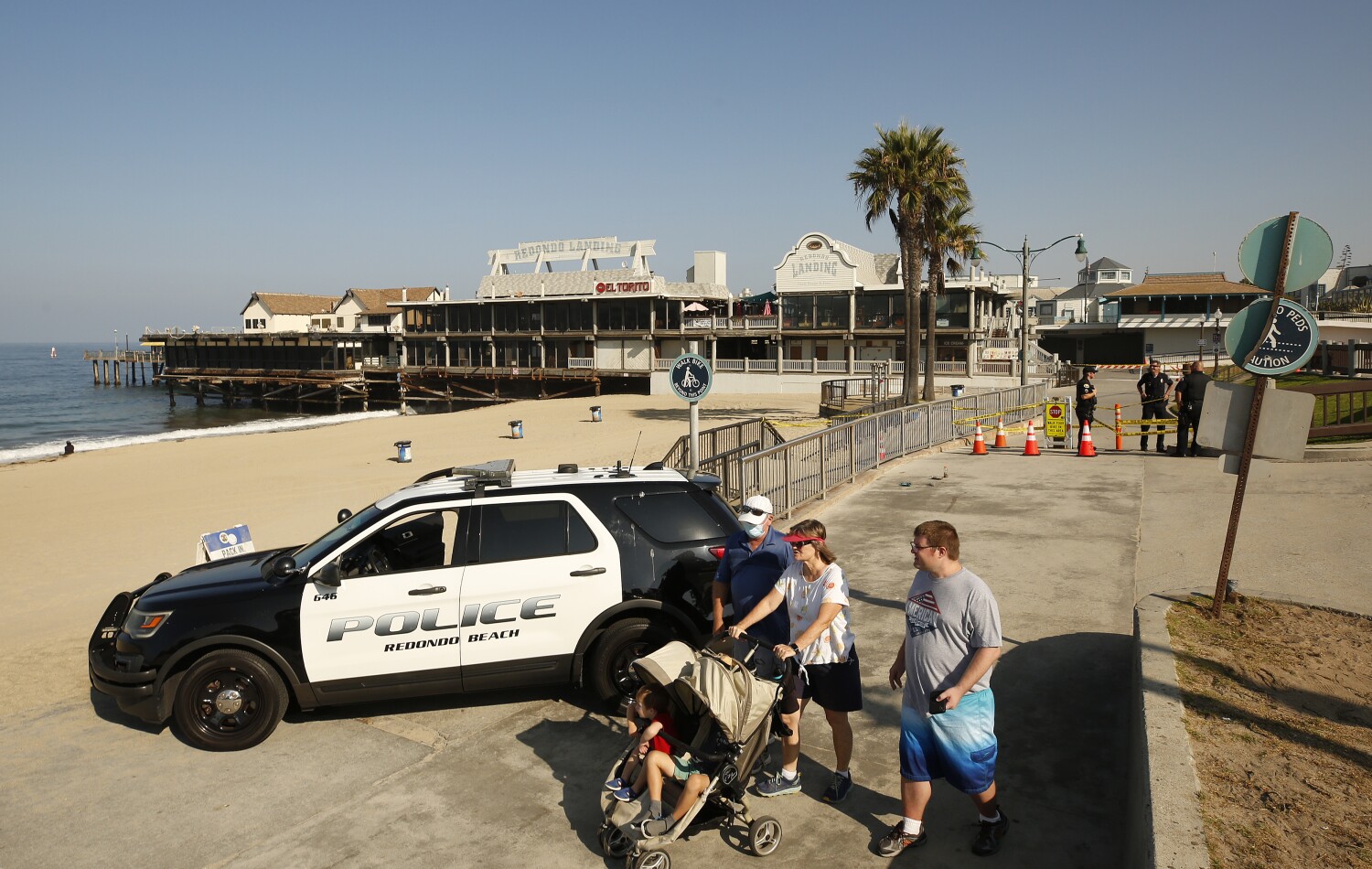 A Latina woman says she was racially profiled and violently arrested by Redondo Beach police for taking her service dog on the pier, despite leaving other people with animals alone.

Luz Maria Flores shared video of her encounter with police and said officers approached her and her sister during the meal. (Warning: The video contains profanity.)

In the video, officers tell Flores she is not allowed to have a dog on the pier. She tells officers her dog, Yare, is a service animal, but she doesn’t have the animal’s papers with her. Officers asked for her ID and then told her she would be arrested, Flores said in an Instagram post. She then begins to record the encounter on her cell phone.

The video, taken around 7:30 p.m. Friday, begins with Flores asking why she is being detained. An unidentified officer says, “For having a dog on the pier.” The city’s municipal ordinance does not allow dogs on the Redondo Beach pier.

Flores points out that there are other people with dogs at the pier and says the police questioned her because she’s Latino. Another leashed dog can be seen in the background as the police speak to Flores.

“I’ve seen f—white people walking up and down this pier with dogs and they just come and stop me,” Flores says in the video. She accuses the officials of racism.

“It has nothing to do with race, ma’am,” an officer tells her. “Sit here at the table. We don’t want to end up putting you in jail.”

During the three-minute video, Flores tells officers she is trying to leave, but they repeatedly inform her that she will be arrested. In the video, Flores can be seen holding the leash of Yare, a black Mexican hairless dog known as the Xoloitzcuintle.

“I’m trying to walk,” says Flores in the video.

“You are not allowed to go. You’re being held,” the officer said.

She accuses the two officers of profiling her and points out that other people walk around the pier with dogs.

“It has nothing to do with race. Unfortunately, you’re doing it because of race,” says one official.

“It’s about racing if you profile me sitting down to dinner with my sister,” Flores replies.

“You’re only 10 seconds away from being handcuffed and going to jail,” the officer says. “You fight back.”

The officer then tells her that she will be arrested and pulls her arms behind her back.

She can later be heard yelling in the video, “I just had my dog ​​with me on the pier.”

Redondo Beach Police confirmed Wednesday that Flores was arrested on suspicion of having a dog on the pier and obstructing an officer. Jail records show her bail was set at $10,000 and she was released from jail Saturday morning.

Flores, who graduated from UCLA and plans to attend law school, said her dog was released for her a few hours later, according to her social media Instagram account.

Two weeks ago, the Redondo Beach Police Department posted a photo on its Instagram account of an officer posing with “dog whisperer” César Millan and four leashed dogs at the pier. The department said Millan had been “warned” about having dogs on the pier. It was not immediately clear if the officer in the photo is the same man who arrested Flores.

Flores said she couldn’t watch the video she posted Tuesday because she was “not ready to relive the experience just yet.”

“But I’m fine,” she says online. “I was contemplating my law school journey as I sat in my prison cell. You won’t break my spirit. My journey is clearer to me now than ever. I look forward to being a civil rights attorney in a few years so I can file a class action lawsuit.

“I don’t forgive and I don’t forget,” she continued. “They just gave birth to a rival and they have to answer for their prejudice and injustice towards black people and brown people.”

Redondo Beach Police declined to comment on the incident.

If Sinema Votes to Raise Taxes…

Photo of Arnold Schwarzenegger in Crimea shirt is doctored