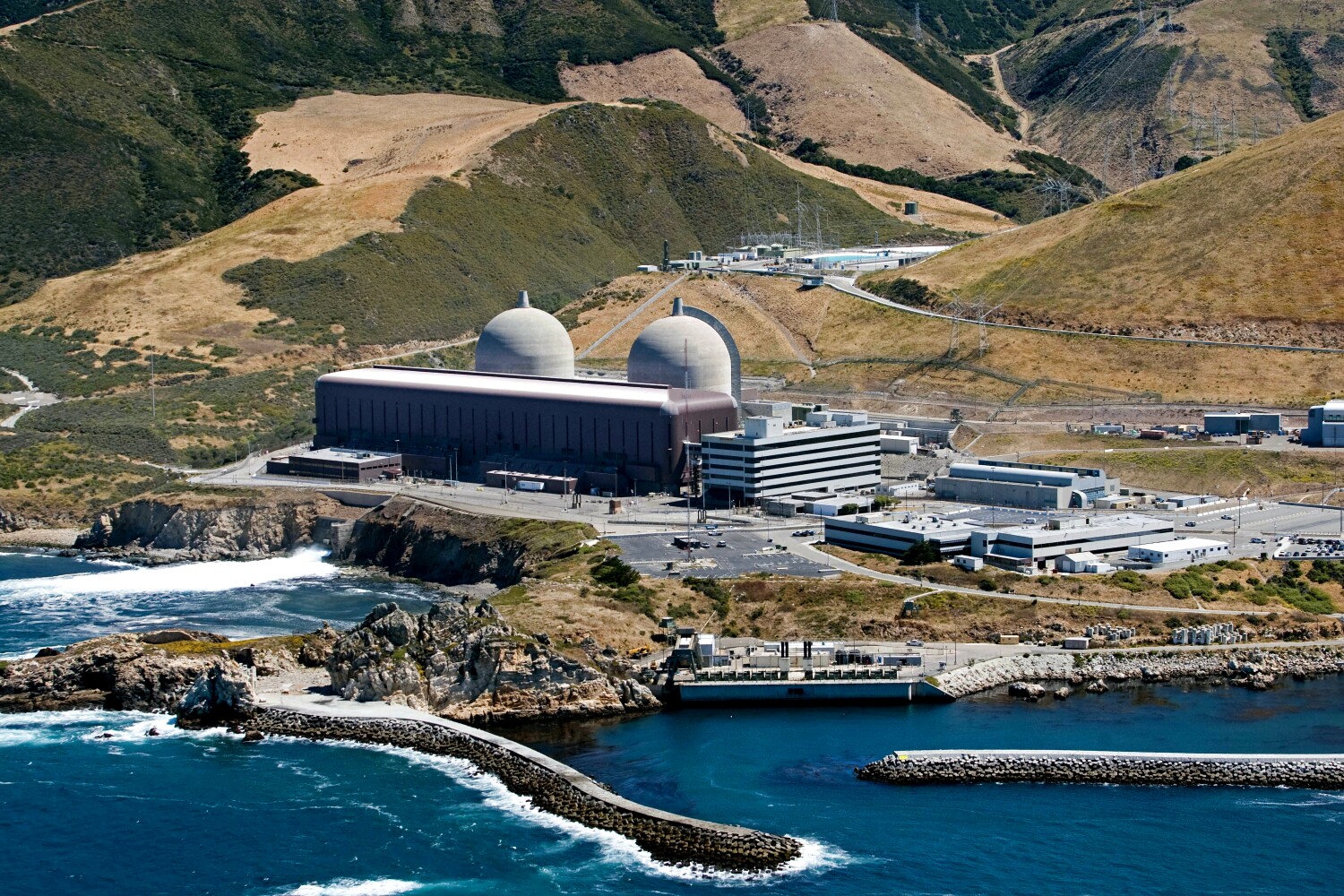 PG&E agreed six years ago to close the plant in 2025, in part because of safety concerns in the event of a major earthquake along fault lines near the San Luis Obispo County coastal site and because environmental groups pressured the state to do more to address it to cover its renewable energy goals.

“This legislation is necessary,” said Senator Bill Dodd (D-Napa), who implemented the legislation. “Power outages are a real threat and pose an economic, health and security risk, especially for the most vulnerable Californians.”

The governor’s office began lobbying the legislature in August to pass legislation to keep the facility open, arguing that closing the facility could lead to more power outages like those that threatened vulnerable residents two years ago and Newsom political headaches.

Democratic and Republican lawmakers voted to support the bill hours after Newsom and state officials warned of an impending Labor Day heatwave that threatens to once again threaten the reliability of the state’s power grid.

Environmental groups have said the plant’s continued operation runs counter to the state’s clean energy goals. After urging Californians to turn up their thermostats this week, Newsom defended his “risk mitigation strategy.” He said the plant produces no harmful emissions, follows a message the nuclear industry has used for years and provides a reliable source of energy.

“This is critical to ensuring we have energy reliability in the future,” Newsom said. “This energy produces no greenhouse gases. This energy offers base load, reliability and affordability that complement us and allow us to stack all the green energy we bring online at record prices.”

The governor increased pressure on lawmakers that would help California “de-risk and get the remaining components of our energy plan and our climate package across the finish line,” he predicted.

Newsom introduced a bill to continue Diablo operations two weeks ago, sparking heated debate among environmental groups and fueling frustration among lawmakers over the last-minute push for such a controversial proposal. Lawmakers made changes to Newsom’s original proposal, including shortening the extension of the plant’s operation from a decade to five years, and introduced SB 846 late Sunday night.

“There will be no obstacle to achieving our clean energy goals as great as an unreliable power grid,” said Assemblyman Chris Holden (D-Pasadena). “I’m not a proponent of the Diablo Canyon power plant, but I am a proponent of leaving the lights on.”

Some Republicans who supported the legislation said they had previously warned that California’s clean energy goals would affect grid reliability. Lawmakers from both parties reminded their peers that former Gov. Gray Davis was recalled in part because of an energy crisis that led to rolling blackouts two decades ago.

“You can’t have both,” said Congregation Member Jim Patterson (R-Fresno). “You can’t tell the people of California, while we’re not making these very affordable electrons available, we’re leaving your light on and we’re going to make it affordable.”

Friends of the Earth, who helped secure a deal to close Diablo Canyon six years ago, called the governor’s decision to try to extend his life “incredibly reckless.” The nonprofit environmental organization ran digital ads this week calling for Diablo to be shut down and warning that “an earthquake could expose millions to nuclear radiation.”

Erich Pica, President of Friends of the Earth, said his organization agreed to drop a lawsuit against PG&E over earthquake safety concerns as part of the negotiated agreement to close the site in 2016.

After nearly a year and a half of debate, the California Public Utilities Commission followed suit in 2018, formally approving a plan to close the first reactor unit in 2024 and the second the following year.

Pica has criticized the governor’s efforts to flout the “responsible timeline” agreed upon by the state, PG&E and environmental groups in 2016, without a single state agency study supporting Newsom’s fears that the state will not have enough power if Diablo closes.

“Except for the governor, no one has really pushed it until now,” Pica said. “Governors have been removed over energy in the past. I think from his point of view the only fear is that this could turn into a political crisis for him.”

Among the more controversial aspects of the governor’s legislation is a provision to offer PG&E a $1.4 billion forgivable loan “to facilitate extending the operational life of the Diablo Canyon power plant.” Pica and others have criticized the haste of the proposal and the lack of clarity about the financial implications for PG&E taxpayers or the state.

“It’s just a really ill-timed, ill-conceived proposal rushed to a conclusion with no understanding of what’s really happening in the state, aside from the governor’s own fear,” he said.

The governor balanced his call for Diablo to continue with a request for lawmakers to pass several climate bills. Legislation introduced in the last two weeks sets more aggressive targets for state laws that reduce greenhouse gases and increase renewable energy use.

Lawmakers on Wednesday approved SB 1137 to establish health and safety buffer zones around new oil and gas wells, a key piece of legislation in Newsom’s climate package. Similar restrictions had not been implemented in previous years, having succumbed to intense lobbying by the oil industry and unions.

After Target stabbing, 9-year-old boy will spend Thanksgiving in an L.A. hospital