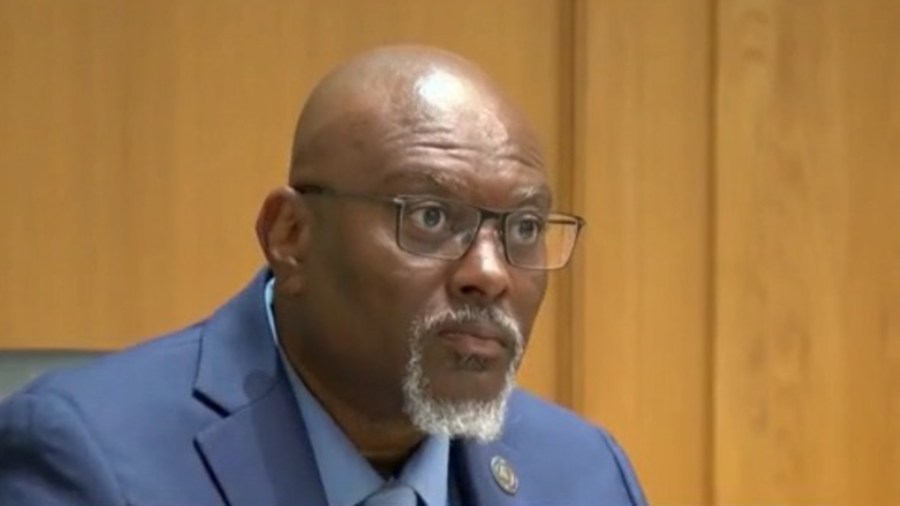 Tampa, Fla. (WFLA) – A lawsuit against Tampa City Councilmember Orlando Gudes on Monday alleges several instances of Gudes abuse against several people, including a former legislative aide and her daughter. and college-age interns.

The lawsuit, filed by Tampa attorney Ethan Loeb on behalf of the former employee and her daughter, details the sexual harassment allegations against Gudes last August.

The lawsuit claims Gudes harmed the plaintiffs in multiple ways and seeks $30,000 in damages.

The abuse covered in the lawsuit dates back to May 2019, when the plaintiff began working for Gudes. The documents say the incident began with Gudes telling the plaintiff “we work 24/7,” while failing to hold himself to that standard. The plaintiff also alleges that he left her with a “large portion of the work that Mr. Gudes was elected by the voters of District 5 to do”.

The documents say Gudes would sometimes try to get the former employee to do ethically and legally questionable things under the threat of punishment if she didn’t.

The lawsuit also alleges Gudes would make vulgar comments and refuse to meet with community leaders who were “not sexually supportive of him”. That language is also said to be open to Gudes’ colleagues and superiors, referring to other board members by vulgar names and frequently using anti-Semitic language, the documents state. .

Whenever the plaintiff points out inappropriate behavior, the lawsuit alleges Gudes told the former employee she was “too sensitive.”

The lawsuit claims the abuse eventually extended to the former employee, who alleges Gudes would refer to her as “b****” and “Celie,” a character from the book “The Color Purple.” , who was described as “an illiterate black woman living in Georgia who “was subjected to mental and sexual abuse” at the hands of men with position and authority over her. “

The lawsuit states, “Mr. Gudes was a misogynist who committed sexually suggestive acts toward and about women, and even minors.”

The attorneys claimed in the lawsuit that the plaintiff would put her teenage daughter to work so as not to leave her alone while she worked.

The lawsuit details an incident that happened in June 2019 when the former employee and her daughter attended a community event with Gudes. According to the lawsuit, Gudes made comments about his daughter’s breasts. At that time, the daughter was only 13 years old. The lawsuit alleges those comments made the teens “deeply upset and left a mental scar.”

The lawsuit also describes allegations of harassment against a 19-year-old intern hired in the summer of 2019. The lawsuit claims Gudes made sexually explicit comments to the girl. According to the documents, the intern’s parents said that their daughter “must not be left alone with Mr. Gudes, and that the intern’s father was prepared to go to City Hall and confront Mr. Gudes for his behavior.” his abomination.”

According to the attorneys, the former employee first reported the incident with Gudes to the legislative assistant to another councilor in June 2020. The lawsuit says the encounter allegedly occurred when Gudes drove to the employee’s home to collect work-related papers. According to the suit, Gudes leaned out of the car window, sniffed at the woman’s private parts and made inappropriate comments.

The lawsuit claims Gudes later dismissed the case because the plaintiff was too sensitive.

According to documents released Monday, another congressman presented the “sniffing” case. The plaintiff eventually dropped her formal complaint but asked to be transferred to a new job afterwards, according to the documents. That request was denied by Gudes, the lawsuit added.

The lawsuit claims Gudes’ alleged abuse then got worse. The documents detail comments allegedly made by the councilor telling the plaintiff she needed liposuction and was dressed too professionally. At this point, the plaintiff claims she sought treatment from licensed mental health professionals and then contacted City Council attorney Marty Shelby for help. The lawsuit claims Shelby “turned a blind eye” and replied, “I don’t want to be involved in that.”

After several other incidents of alleged abuse, the plaintiff renewed her complaint and was moved to a new department in August 2021. The transfer resulted in a $28,000 pay cut, according to the report. documents.

When an investigation was started, the lawsuit claimed Gudes first failed to cooperate and then began lying about various incidents. According to the lawsuit, Gudes eventually took to media to explain the story, claiming that the plaintiff “made a false claim and was an inadequate assistant.”

Gudes stepped down as City Council chairman in March after an investigator found claims against him to be “credible and corroborated.”

“Everybody has a day of vindication,” Gudes said at the March 31 meeting. “I am waiting for that day, that day will happen.”

Kerbal Space Program 2 sees yet another delay, will come out early 2023