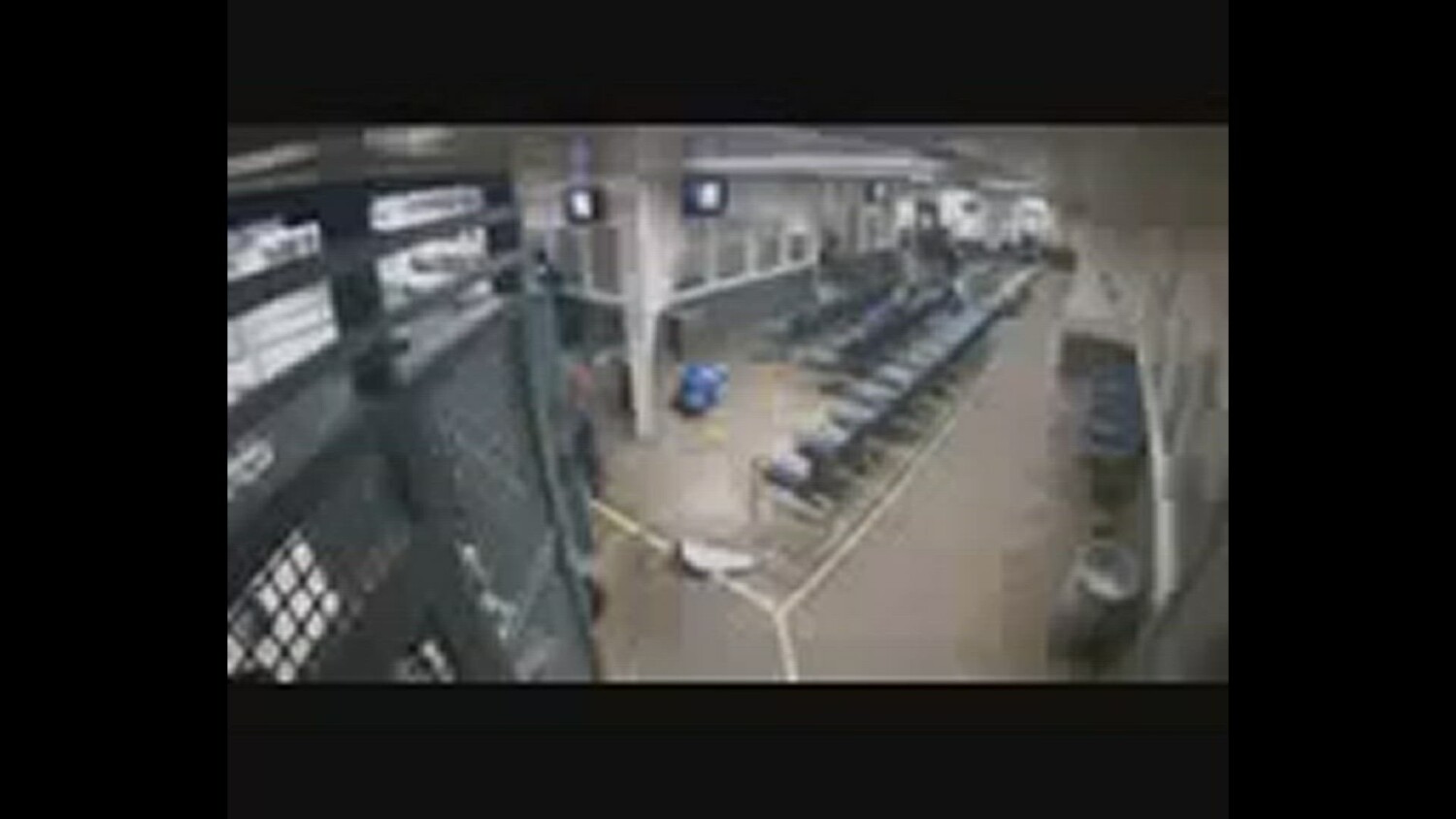 The incident happened around 11:50 p.m. on July 3 at the inmate reception center in downtown Los Angeles, the department said in a statement on social media.

Video viewed by The Times shows 32-year-old Jesus Soto Jara being handcuffed by an MP. Video shows a second deputy approaching the inmate and a scuffle ensues. Soto Jara is then seen being thrown against a metal door while MPs throw punches at him. At that point, Soto Jara’s lawyer, Jose Romero, claims that at least six police officers beat him to the ground out of sight of the surveillance cameras. The video cuts off after the other four deputies approach the inmate.

This is the latest allegation of assault and use of excessive force for the embattled sheriff’s department. In April, The Times reported that Sheriff Alex Villanueva and his department are under investigation for trying to cover up a March 2021 incident in which a deputy knelt for three minutes on the head of a handcuffed inmate.

“He was beaten up on Monday and appeared in court on Thursday in kind of a pretty bad state,” Romero said. “When I saw him on Friday, he was in pretty bad shape. His left eye was red, his back hurt, his head hurt.”

The Sheriff’s Department alleges that Soto Jara was seen by medical professionals after the altercation with deputies “as is usual in all incidents of violence.”

Authorities said Soto Jara was arrested on July 3 for drug and firearm possession. He accepted a two-year plea deal in court Thursday in Pomona. Romero said leaked surveillance video of the incident was obtained from “anonymous sources” but gave no further details.

In a statement released Monday night, the department alleges Soto Jara was involved in an argument and attempted to fight another inmate, a claim Romero denied during a news conference.

“The attorney representing the inmate involved presented many allegations as facts which he alluded to and which have been ‘corroborated’ by a source within LASD, but which are categorically false and misleading,” the statement said.

Romero said Soto Jara’s family has hired a civil attorney and plans to file a viable motion to have his recent conviction overturned.

In a statement to The Times, Inspector General Max Huntsman said that while the case was before his office, the department “refused to cooperate with the investigative process.”

“‘Presented’ to the OIG means we were told it happened and allowed some of my line staff to view the video,” Huntsman said. “LASD continues to refuse to cooperate with our request to obtain copies of all videos and to oversee the ongoing investigation.”

US not yet in recession, 4 other takeaways from the Federal Reserve Chairman Jerome Powell

Ukraine Scrambles to Shift Its Grain Before Storage Runs Out