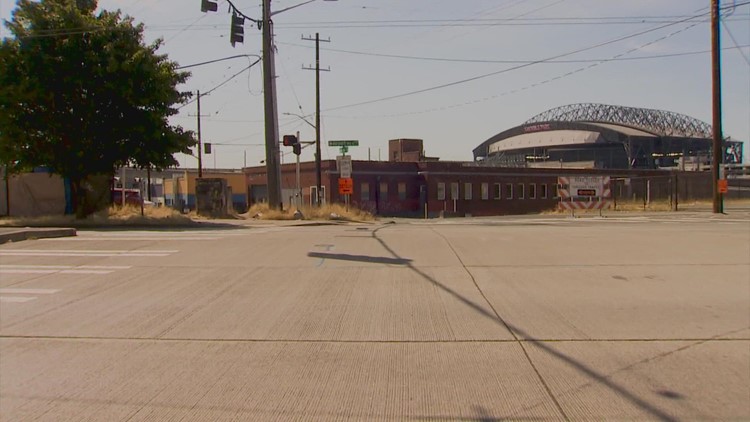 Community members in the Chinatown International District today are challenging what they call a lack of transparency in King County.

SEATTLE — Community members in Seattle’s Chinatown-International District are protesting what they call a “lack of transparency” in King County.

Some say they have been left out of talks about a homeless shelter expansion in SODO, the International District and Pioneer Square.

“We’re left completely in the dark,” said business owner Tanya Woo. For those in the Chinese International District, history repeats itself.

“It feels like King County and the City of Seattle are caught up in this pattern of institutional racism that they may not be aware they are getting into and they need to know it has to stop,” he said woo

She is a business owner and part of Chinatown International District Community Watch.

She has witnessed the struggle of the past three years.

“Anti-Asian hate,” she said. “A lot of pandemic racism, crime, our businesses have had serious problems.”

Add Sound Transit’s recent remodeling plans, which would displace five to nineteen companies and take eleven years to build. Woo said, “Our culture is very polite; We don’t like making waves and we take advantage of that.”

Woo and other community members learned last month of a major expansion at a homeless shelter near SODO, the Chinatown International District and Pioneer Square. The project had already gone through King County Council in May.

The shelter will house nearly 500 people and will have space for RVs and a sobering center. The improved housing project will cost approximately $22 million to operate through a variety of funding sources.

“We have about five shelters in this county and we’re already feeling overwhelmed,” Woo said. She said it’s not the homeless but those who prey on them, citing drug dealers and sex workers.

Woo described the lack of input into that decision.

“We had a meeting, it was the Public Safety Council meeting, and they claim that’s their public relations.”

The plan envisages bringing together shelter, supportive services and behavioral health services to enable people to “come in from outdoor life, stabilize and progress towards permanent housing,” the statement said.

The project in SODO will expand onto land adjacent to an existing animal shelter where a camp is currently located.

“Creating an additional shelter for this project will provide a solution for the camp,” Flor said.

Without the project, the current shelter would have been forced to close, leaving 270 people without space. Instead, the shelter will be expanded by another 150 places.

Flor said the county connected with more than a dozen community groups before the lease for the premises was sent to the county council, a meeting hosted by the SODO BIA and another by the CID Public Safety Council. Flor said the King County Regional Homeless Authority plans to hire a dedicated liaison to work directly with the community in China’s International District as part of the project.

Woo said she would have liked a seat at the table when the decision was made.

“They cannot make decisions for our community without our input,” she said.

The Chinatown International District is hosting its own expansion information meeting. It will take place on September 8th from 17:00 to 18:30 at Hing Hay Park.