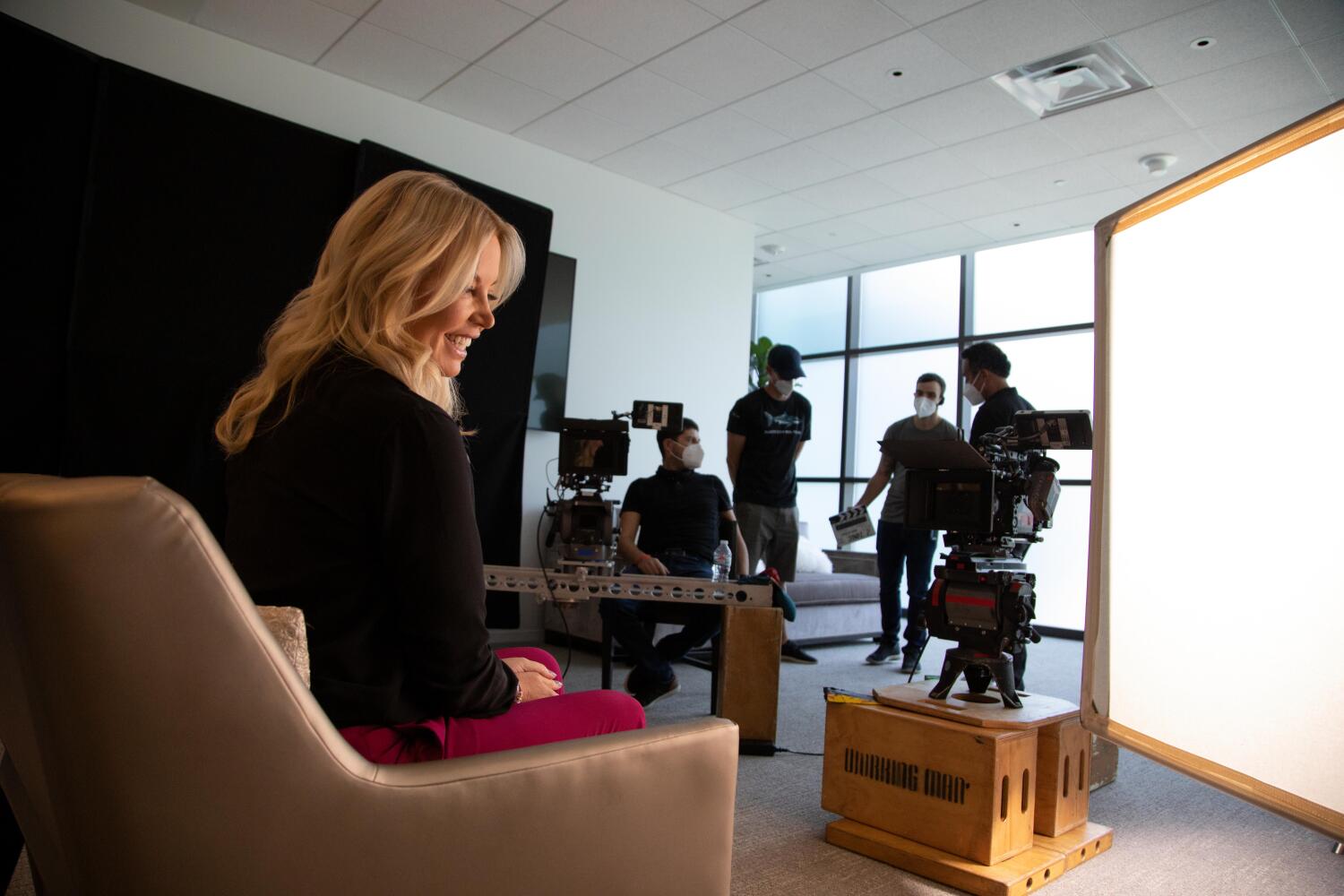 How good does the story have to be to be told over and over again?

That’s sort of the central question, though not intended, of Legacy: The True Story of the LA Lakers.

For the third time since March, a television series explores Jerry Buss’ purchase of the Lakers, the introduction of celebrity culture to the sport and the Lakers’ return to the top of the NBA.

“I want the truth to come out,” said Lakers owner Jeanie Buss.

She’s an executive producer on the project, which gains instant credibility in its first episode when it’s revealed that her entire family, including her brother, former basketball president Jim Buss, took part in the series, which aired Monday on Hulu premiered.

On this ground, “Legacy” tries to stand out.

“I want everyone to have the opportunity to share their experiences. Because from my point of view I know what I saw and experienced,” said Jeanie Buss. “But I really enjoyed hearing what it was like for former players to be on this team. I actually learned a lot through this process. And I want Laker fans to know the wins and losses, I want them to see the other side, the toll of losing, the toll of winning. … It’s not just about championships and highlight films. It’s about the people who lived the story and its truth.”

While those involved swear the docuseries isn’t a reaction to “Winning Time” — a dramatized pseudo-history of the Showtime Lakers — this HBO show is now an inescapable reference point for any retelling of early 1980s Lakers history, because it was that first on the market. (Shortly thereafter, Apple TV+ released “They Call Me Magic,” which focuses on the early days of Magic Johnson’s career with the Lakers, coinciding with Jerry Buss’ purchase of the team.)

“You have to remember [there’s] also a lot of misinformation, there are TV shows and other things out there that aren’t accurate,” said Legacy director Antoine Fuqua. “So hearing from the people who actually lived it, the people who guided and guided the organization, the players who went through it, their stories. You know, people forget, all these people are people, with families and a lot of emotion, a lot of pressure. … A lot happens behind the scenes.”

And to compete with an existing docuseries and lively scripted drama (the latter of which has been met with much derision from the Lakers, particularly franchise legend Jerry West), Legacy has to bring something new to the table if it’s going to break through. In his case, these advantages are the participation of the main actors in the saga and a broader narrative scope.

“These are all people that were there,” said former Laker Norm Nixon.

In late July, more than a dozen of the film’s participants turned up at the Lakers’ practice facility in El Segundo to promote the series. Among them? Kareem Abdul-Jabbar, the NBA’s all-time leading scorer, and Hall of Famers James Worthy, Vlade Divac and Jamaal Wilkes gave their blessings to the series.

It was the kind of flex no other project without the Lakers stamp of approval could dream of. (The team’s logo even appears in the credits.)

“If we ended our careers, and speaking for myself if I wasn’t part of the Lakers, there would be a big hole missing in my career,” Divac said.

While Winning Time used Jeff Pearlman’s book Showtime: Magic, Kareem, Riley, and the Los Angeles Lakers Dynasty of the 1980s as its main text, Legacy is the official story. And that’s a strength and a weakness, depending on your perspective.

Finally, celebrating the past can be a distraction from present suffering. But that doesn’t mean the series papers chronicle challenging moments in the franchise’s history.

For Jeanie Buss, “legacy” meant reliving not only the highs of her family’s more than four decades of ownership, but also some painful lows, including the deaths of Kobe Bryant and Jerry Buss, the shock of Magic Johnson’s HIV diagnosis, and the messy Disentanglement of family interests that ended with Jeanie Buss ousting her brother Jim from a role in the organization’s front office.

And while it’s unclear how the series will deal with sexual assault allegations against Bryant, those involved in the project maintain that truth is the guideline.

“People came into it with a very open heart,” Fuqua said. “Everyone was talking about the difficult conversations, the difficult things, the difficult moments, the loss of incredible people. So I was surprised by that. … Nobody said no. Over 75 interviews and everyone came and spoke their mind.”

“We’re not holding back,” said Jeanie Buss. “This is our story.”

https://www.latimes.com/entertainment-arts/tv/story/2022-08-15/los-angeles-lakers-legacy-hulu-jeanie-buss-antoine-fuqua ‘Legacy’ Hulu is LA Lakers’ official story. Is it the truth?

Drake Buys Sprawling MEGA Mansion In The Hamptons … On the Beach In Montauk . . . PICS!!

Review: ‘Prom’ season is over the top at the Ahmanson Theatre