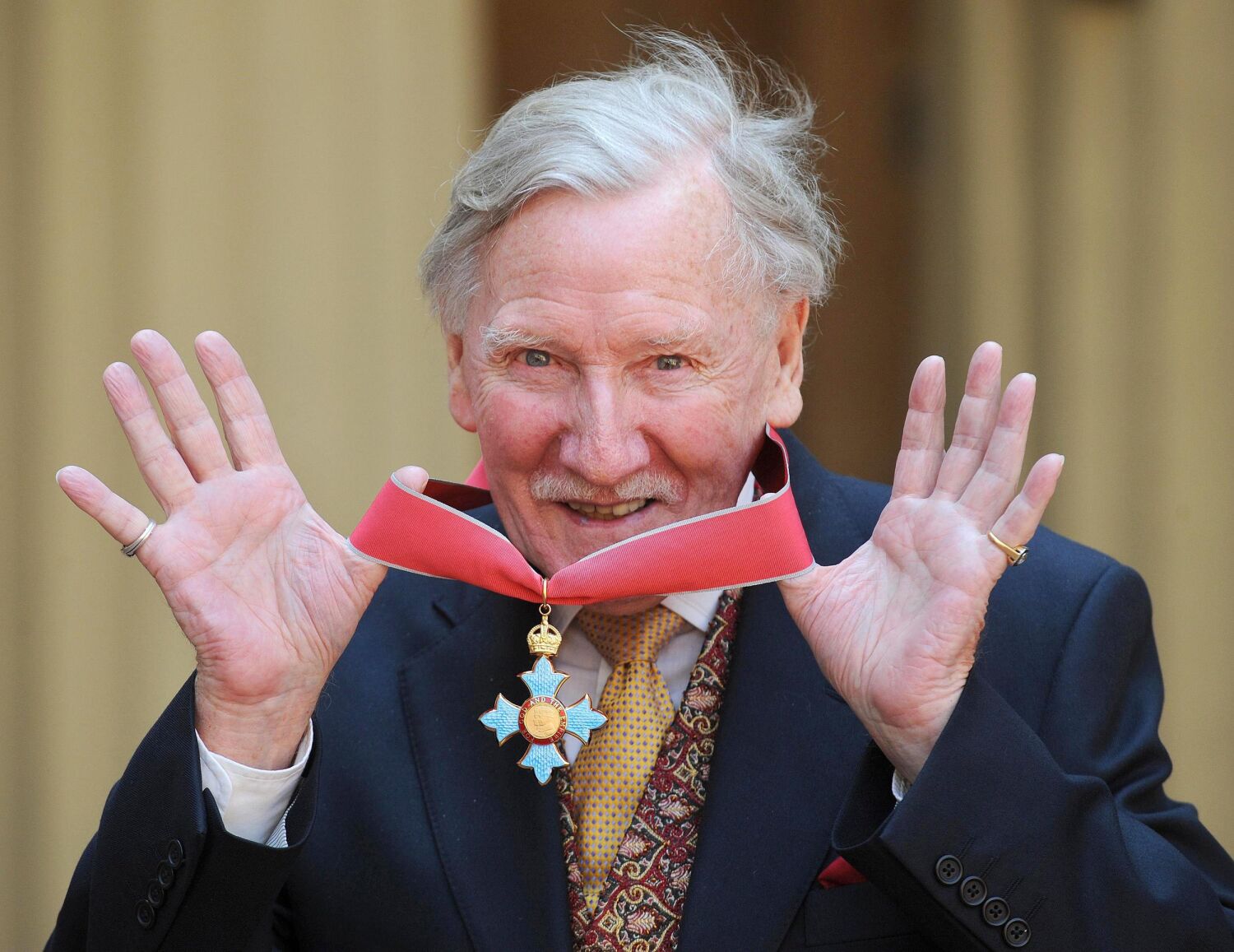 Leslie Phillips, the prolific British actor who voiced the Sorting Hat in the Harry Potter films, died on Monday. He was 98.

The actor’s agent, Jonathan Lloyd, confirmed to the Associated Press that he died “peacefully at home.”

Phillips had a relatively small but pivotal role in the blockbuster Harry Potter series as the Sorting Hat, a magical wizard’s hat that takes first years at Hogwarts School of Witchcraft and Wizardry to their respective houses – Gryffindor, Hufflepuff, Ravenclaw and Slytherin. In the first film, Harry Potter and the Philosopher’s Stone, Phillip’s majestic voice booms through the great hall of Hogwarts as the titular wizard boy (played by a young Daniel Radcliffe) pleads not to be sorted into Slytherin.

“Not Slytherin, is it?” Phillips’ Sorting Hat sneers. “Better… Gryffindor!”

Phillips was also revered for his comedic work in the Carry On films, in which he gave over-the-top performances satirizing the rich people of England. His “Carry On” characters were known for spitting out suggestive catchphrases like “Ding dong,” “Well, hello,” and “I say!”

Phillips has appeared in more than 150 film and television projects throughout his career. In 2007, he received a BAFTA nomination for his supporting role in Venus, starring Peter O’Toole. He is most recently credited with creating the 2012 mystery After Death and reprising his role as the Sorting Hat in the final Harry Potter film.

Phillips also had an illustrious stage career and was a member of London’s Royal Shakespeare Company. In 2008 Phillips was appointed Commander of the Order of the British Empire.

“I’ve always been happy. I’ve always enjoyed my job,” Phillips said on an episode of British talk show Anderson on the Box.

“I hate studying [lines]of course… There’s a kind of fear that’s growing [in your stomach], and it becomes… more like a journalist, I imagine, having a deadline to meet. You know that if you don’t know your lines, you’re going to walk around in front of the audience and make a total fool of yourself. So you really get ahead with this. That’s how you learn.”

Todd and Julie Chrisley, who were denied bail, are going to jail next week