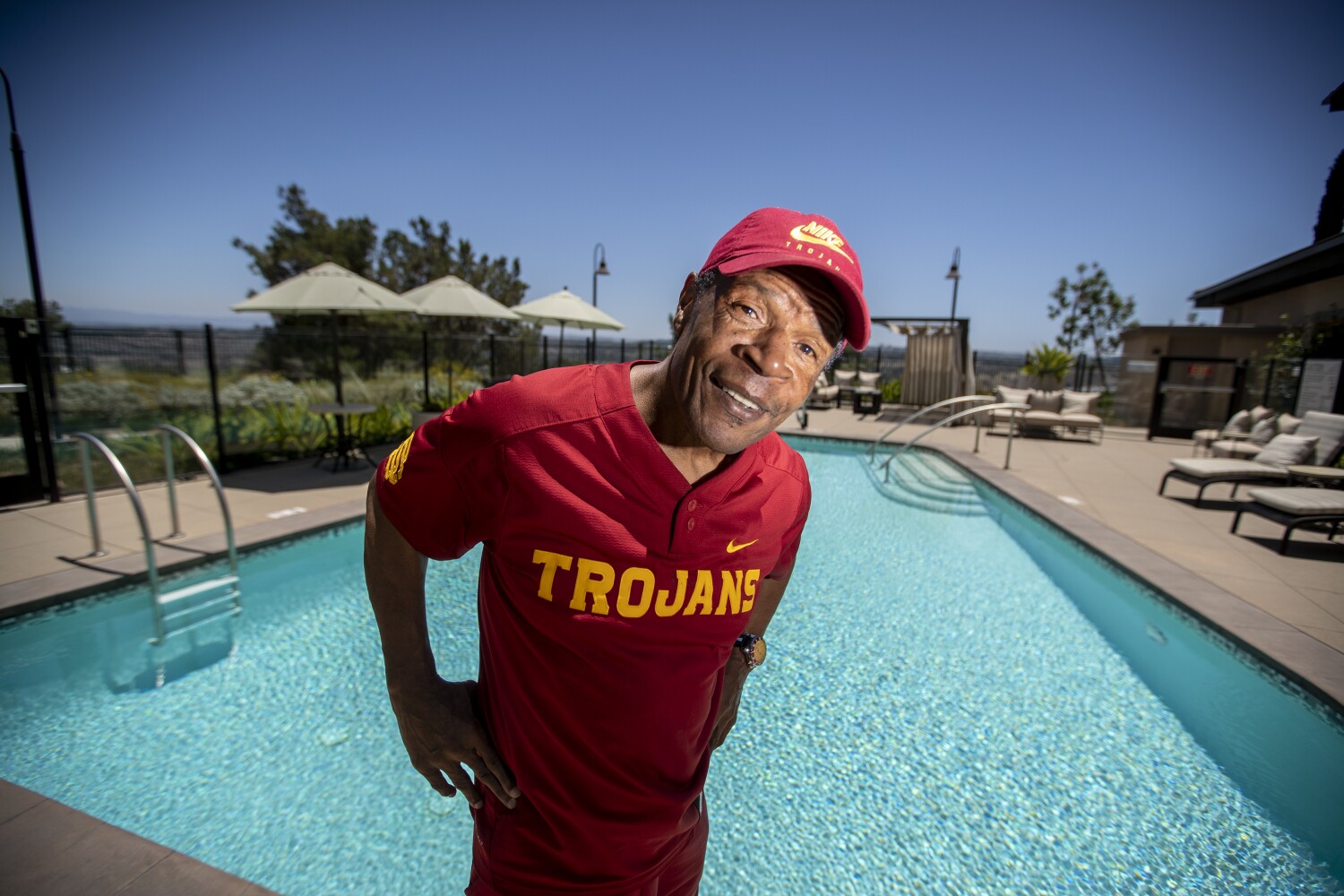 Last Sunday’s athletic section editorial looks at former USC soccer star Charles White and his battle with mental illness. The same issue reveals that two current members of the UCLA football team have left the team citing issues with mental illness. Football is America’s most popular sport, but it is the only one of the top five – baseball, basketball, tennis and swimming being the other four – that injures so many of its participants, both physically and mentally. Why doesn’t anyone give a damn about this travesty?

Wonderful article about Charles White. A while ago I replied to a USC email that the school formed a mixed group of 15 to discuss USC athletics. Among other questions, who was my favorite Trojan football player? I said Charles White. Enough said.

Lincoln Riley has done everything to show he is committed to getting USC back on winning ways, including embracing former players who created this legacy he inherited. Charles White is statistically the biggest backlog in Trojan history, and he sits comfortably at the head of the conference’s perennial leaders with career records that may never be broken. It stands to reason that by the time this letter goes to press, he will again be warmly welcomed.

It has been said that the road to success is paved with mistakes that are well managed. Keep fighting, Charlie.

Thanks to The Times and Bill Plaschke for the article on the great USC Charles White.

I don’t know about the current USC administration, but among longtime fans and alumni, Charles White is far from forgotten.

As a USC student in the late 1970s, I had a front row seat (well, fourth row actually) to enjoy No. 12’s on-field exploits. This culminated in the 1980 Rose Bowl, where White put a talented but struggling team on his shoulders and led a last-minute 83-yard drive, all on the floor. His somersault into the end zone for the game-winning TD remains an iconic moment.

My thoughts go out to him and his family as he battles the heartbreaking condition brought on by playing the game he loved.

When I was looking at the athletic section last Sunday, I saw a red USC jersey and I thought, “Oh no. Another Trojan story in the Times.” Looking closer – with my glasses on – I recognized an old football nemesis in San Fernando High’s Charles White. In 1975, against my team, Van Nuys High, Charles rushed for 213 yards and three touchdowns in just five carries.

In the spring I watched from the track as he won the 330 low hurdles for the Mid-Valley League title, only to be visibly angry because a Birmingham hurdler dared to challenge him and finished second, but for Charles ‘ Taste too scarce .

Great article. I hope SC is doing the right thing.

problems in the stadium

We stopped going to Dodger Stadium years ago. It’s a nice place to watch baseball, but everything else sucks. The problems described by Drew Pomerance can all be fixed, but Dodger ownership doesn’t care how long it takes you to get to the stadium, how dirty the restrooms are, or if the concession areas lack spice. All they care about is filling the 56,000 seats at every game with fans willing to pay outrageous prices for their seats, parking and food. It’s all very sad. We miss owning O’Malley so much and when they took care of the average guy who could take his family to a baseball game at Dodger Stadium.

I’ve been a Dodgers fan since I was very young. My love for the Dodgers has continued, but my love of getting to Dodger Stadium and navigating parking lots etc. (as Drew Pomerance implied in the article) has gone. Five years ago we went to a Saturday game and left two hours early at 4pm. After exiting the freeway, we waited an hour to get into the parking lot. We still go to the Dodger games every year but have found Petco Park to be more accessible. It takes just over an hour to get there, we walk from our hotel to the stadium and enjoy better, cheaper seats and wonderful food.

Mookie Betts’ request that more black people attend Major League Baseball games is a timely and noble request. However, with the current rate of black players in MLB standing at just 7.4%, it seems more needs to be done.

To honor this request, perhaps MLB, the players’ union, and their current black players should take this as a challenge and support Betts’ request.

More black players on the field would certainly help bring more black fans into the stands.

Instead of complaining about UCLA leaving the Pac-12 conference and asking for explanations, Gov. Gavin Newsom should thank UCLA for all the decades it’s spent in the conference, bringing in millions in revenue, year after year programs to support the lousy California Bears for years.

UCLA and USC subsidized the other members of the Pac-12 by accepting an equal share of media payouts, although they earned proportionally more of that income than their conference brethren. As the two schools drop out to join the Big Ten, it’s suggested that UCLA owes its sister school, UC Berkeley, a Pac-12 “exit fee” to replace the subsidy that UCLA has voluntarily provided for years. UCLA Decides To Stop The Gravy Train And It Should Be Penalized? I think no good deed goes unpunished.

How nice it wasn’t

So you have a 75 inch front page story on how to promote athletics ahead of the Los Angeles 2028 Olympics? Phew, I don’t know. Perhaps you could give more than one line in Newswire (sorry, the Day in Sports) to the US 100-meter sweep at the World Athletics Championships up the coast in Eugene?

https://www.latimes.com/sports/story/2022-07-22/la-times-sports-letters-charles-white-usc-reunion Letters: A Charles White and USC reunion? Many hope so

What dog owners can do about separation anxiety