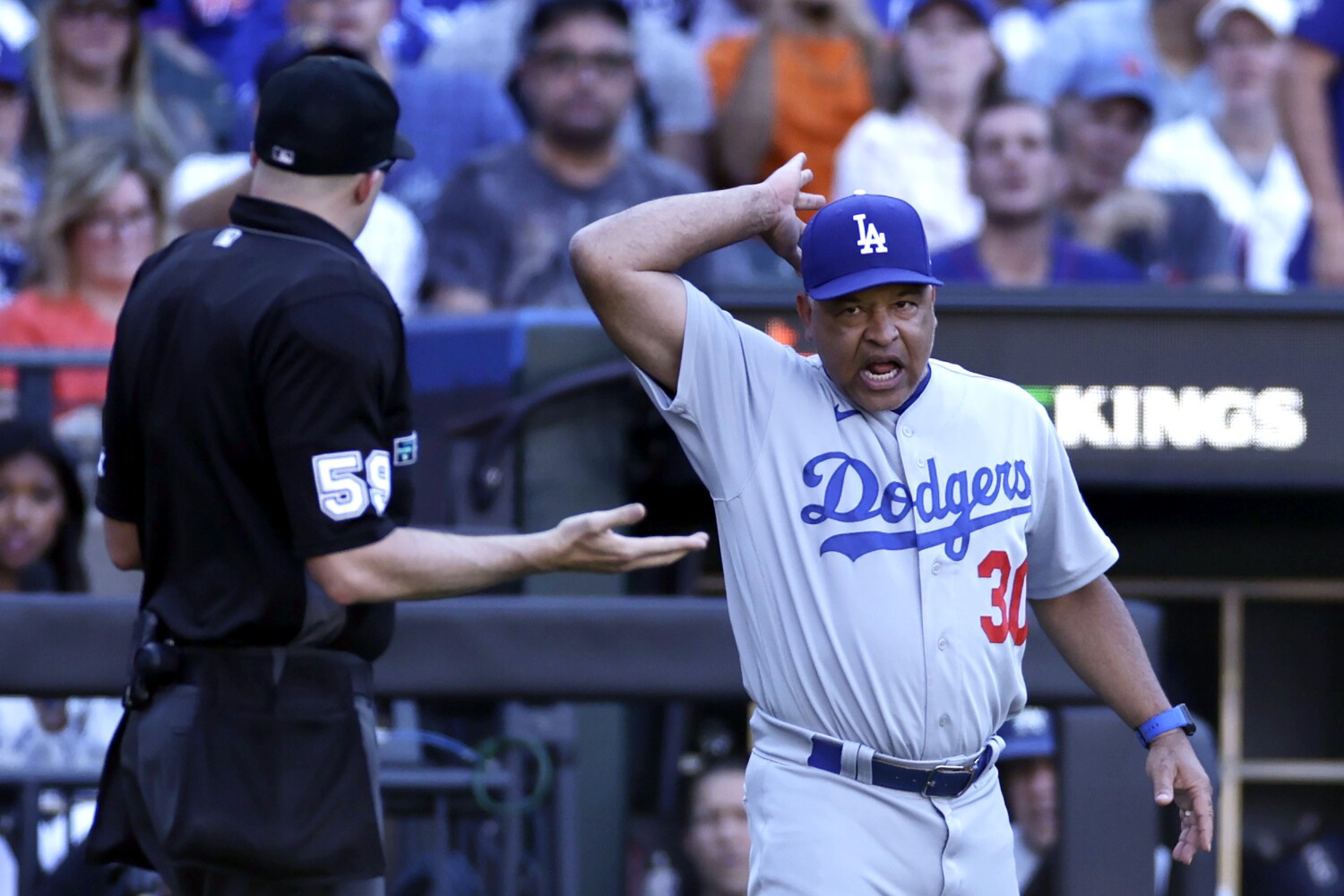 As a longtime Dodger fan who has suffered through the years when Dodger TV shows weren’t available, the camel’s last Sunday came to an end. I pay my provider good money to have access to SportsNet LA so I can watch every regular season game. (I know there will be some games airing on ESPN, Fox, and YouTube during the season that I can access). Today I woke up and turned on the TV expecting to watch the Dodger-Marlins game only to find that it was only available on Peacock. Who came up with the brilliant idea of ​​pulling a few extra bucks out of the pockets of loyal Dodger fans who don’t have, don’t want, and need Peacock? Suffice to say I am upset and feel taken advantage of. I will not subscribe to any other service that I don’t need to get a Dodger game a year. I think the Dodgers and SNLA should take better care of loyal fans.

SportsNet should have an asterisk when they say “we always bet on our boys in blue” and claim they broadcast all Dodger games. The asterisk should say “unless they’re blacked out and only shown on Peacock or Amazon Prime or Fox or ESPN”.

As soon as a short pop fly comes off a Dodger opponent’s bat, no matter where he’s positioned, Gavin rushes Lux into the outfield in search of a catch. No matter the forward running outfielders have better vision and angles of where the ball is going. He constantly risks injury from a collision and often peels off late, causing the outfielders to come up short and the ball in. He likely got the Dodgers into the recent Met series by scaring Mookie Betts. That’s what I call a low baseball IQ.

The Pac-12 has scheduled UCLA’s opening game against the mighty team of Bowling Green for 11:30 a.m. Temperatures are over 90 degrees. We do have season tickets on the “shadow side” of the stadium, but with this early start, the shadow wouldn’t come in for two hours or more. So I had to pass the game on. How can games get into the heat of the day in September? Hardly a marquee game, starting at 7 p.m. would attract more fans. Shame on the Pac-12 and UCLA.

With all the new football players joining the Trojans roster this season, USC should resume printing a game program for purchase at the Coliseum.

I laughed a lot while reading Times sportswriter J. Brady McCollough’s summary of how USC quarterback Caleb Williams is preparing for a Heisman run. Forgot an important factor. Williams has kudos to the scheduler who, in his infinite wisdom, “forgot” to put Oregon or Washington on the Trojans schedule for the second straight year, but somehow found a spot for soccer powerhouses Rice, Fresno State and has oregon state. The past many years must have erased USC’s football memory. They should have learned a long time ago that if you want to compete at national level, you have to play against the big boys.

As we all celebrate or bid a sad goodbye to the amazing Serena Williams, I can’t help but wish her to be great in many aspects of life. Her status as one of, if not the greatest, gamers of all time is well deserved. As she approaches her final US Open competition, I can’t help but wish she had never experienced that horrific meltdown of being defeated by Naomi Osaka for the US Open title. One can’t help but wonder if the reaction helped hurt young Osaka and contributed to her emotional difficulties with the game. This incident shocked me so much at the time. …I guess it’s still holding up.

Here’s hoping the future just gets brighter for both Naomi and the amazing legend, Serena Williams.

Stop blaming Russell Westbrook for the failure of the Laker team last year. The problem was that Anthony Davis wasn’t there and LeBron James was injured for most of the year. The supporting cast were also mostly cast by older, slower veterans. Westbrook started more games than anyone on the team last season and started 78 games while no one else reached 60 games on the starting lineup. He also played 539 minutes, more than any other player on the team, and he tried to adapt his style of play to the team and the coaching. Since he was the only one who was there throughout, he was accused of the lack of success.

The Lakers will have to play with the current “stars” in their current contracts for the next few years and work to rebuild now. Stop giving away first-round draft picks. We have no first round picks until 2027 and 2029 and there is talk of giving those away. Of course other teams want our future draft picks, they will be very high due to the consistently bad teams we will have through 2030. The Dodgers success is due to the combination of key stars and a great farming system. The Angels’ failure over the past decade has come as a result of older stars getting injured and the lack of a farm system. What is the current situation of the Lakers?

I think enough time has passed. I guess there were very important social/political/civic issues that warranted news coverage, but it’s time to bring the “sports section” back to the Los Angeles Times. Don’t we true sports fans deserve a section of our own to pull out and read when we first pick up our newspaper? The entertainment fanatics have their calendar section. We demand equal access.

I saw your column “Lakers at 75” on Sunday and immediately thought it was about the average age of the current players.

NASA aims for the moon, again, with Saturday launch