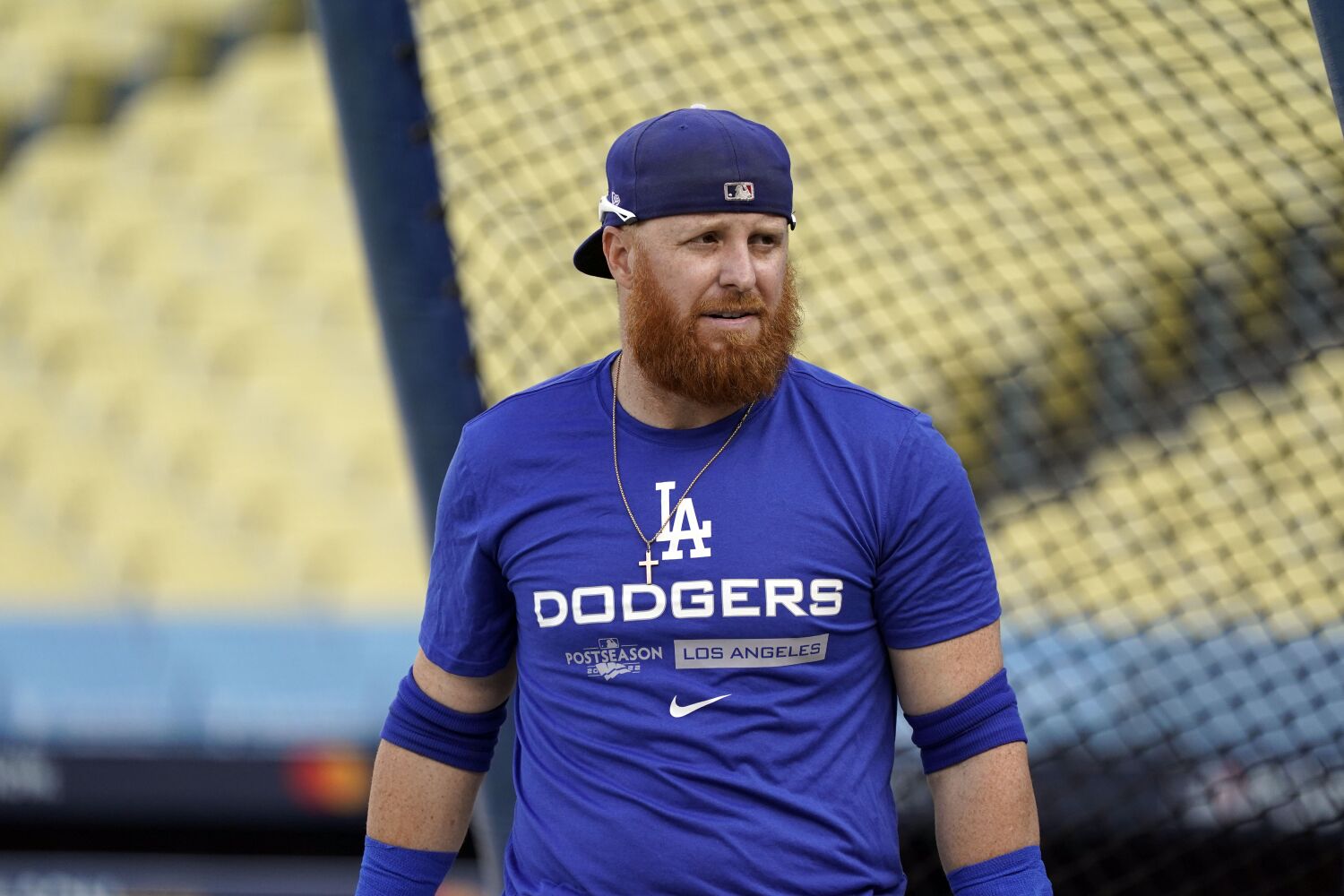 Last night I had a terrible nightmare. I dreamed of Justin Turner, my favorite baseball player, leaving the Dodgers for the Boston Red Sox. My Justin, who will always be the face of the Dodgers, was a human being, a real human being, who along with his wife, Kourtney, provided wonderful caring service to the entire Los Angeles community. Of course, my dream can’t come true, so I’ll sit down with my morning cup of coffee and the LA Times, knowing that Justin will be a Dodger for the rest of his career. Do not wake me up.

I was sad to read that Justin Turner became a Red Sox player. In addition to the loss of his bat and glove, we will miss his contributions to the community, particularly his association with Children’s Hospital Los Angeles. He and his wife, Kourtney, were great supporters of the CHLA’s staff and patients.

As a 30 year old platelet donor and volunteer at CHLA, I had the opportunity to meet Justin at the hospital a few years ago. He was so nice to me and my daughter.

Although he’s a Red Sox player now, he will always, always be a Dodger and welcome to CHLA.

Two years ago I was able to get a new rescue dog that had a reddish coat. I immediately called him Turner. Just like JT, the dog has remained obedient and loyal. I just want to say goodbye to Justin Turner and thank him for the many great memories. Hopefully one day he will return as a coach for the Dodgers.

I know that many Dodger fans are probably upset that other free agents and the notable Dodgers who left as free agents were not signed. Think back to the early 1970’s when the Dodgers took advantage of their fabulous farm system (as they have it now) and produced Ron Cey, Steve Garvey, Davey Lopes and Bill Russell. They had a great run through 1981. Give the young talent a chance.

First Kiké & Joc and now JT. When you lose your heart and soul, you die. I wonder if Kershaw’s decision to stay would have been different had he known certain teammates were leaving.

The corporate world no longer keeps loyal employees long enough to earn a gold watch. The Dodgers no longer retain players long enough to honor a number on stadium bars. Our last hope is Clayton Kershaw’s No. 22, who hangs with nostalgia for tradition.

So long to Cody Bellinger after his declining years, and now to JT and his enthusiasm, which brought recognition for his compassionate foundation as much as his skill. There could be no further evidence that the concept of ‘home team’ is a figment of the imagination of loyal fans.

The whole spirit of MLB is corporate business. Too many of the televised games are not accessible to build a new base of excitement for the American game. It’s a nice day for a ball game, but something has been lost in the climate.

With Dodger fans everywhere waiting for Santa to open his bag and give them a shiny, expensive Superstar gift, I hope they haven’t rented the movie Moneyball for their holiday sports show. It’s more than a little ironic that the Dodgers would muster up heat to employ techniques made admirable and legendary by Billy Beane and the Oakland Athletics.

Spending tons of money doesn’t guarantee success. Being innovative is much sportier.

The moment I read that the MLB umpire had ruled that Trevor Bauer should be reinstated, I braced myself for Bill Plaschke’s thunderous indictment of that defection. After years of suffering from his instant and spontaneous puffs on every aspect of sport in LA, it’s time to ask: Who the hell made you this town’s conscience? Sport is a business, with people who can be all kinds of idiots. If the public doesn’t like someone, don’t watch, don’t buy a ticket, don’t rummage around, don’t bother—that’s the marketplace. Not you. So stay between the lines, Bill, and stop trying to moralize.

The Dodgers will now show what they stand for. All teams around them improve and they lose key players. Your pitching staff is exhausted. We will now see what they are made of. I guess we’ll see Bauer on the mound on day 2 of the season and the seats will still be taken

From what I’ve read, if the Dodgers release Trevor Bauer, they’ll be on the hook for $22.5 million of his salary minus the amount another team signs him for, meaning he’s with another team for sign the major league minimum and that could get residual pay from the Dodgers. Hey, the Mets signed Correa without fear of fan consequences; They will probably contract pawns for the minimum amount.

Other side of Caleb

Instead of pointing out Heisman Trophy winner Caleb Williams and his fingernails, everyone needs to know how caring and considerate he really is. As he was driving a car to a women’s basketball game at the Galen Center Thursday, he saw a disabled senior, his wife and a friend walking very slowly to the game. Williams had the cart driver stop to pick up the three and transport them straight to the entrance. How do I know this charity event took place? The disabled is my close friend.

Letters have been published over the past two Sundays criticizing Caleb Williams for what he puts on his fingernails. Those who say they’re offended and say it’s poor sportsmanship should never go to a college football game and sit near the field. If they did, they would probably hear players talking garbage and saying a lot of vulgar words that would offend them. Body contact sports are not for the faint of heart.

Breaking news: Lakers forward Anthony Davis is injured again. He is the most injury-prone player in recent memory. Never a question about his talent. If he’s healthy, whenever that may be, he’s one of the best players in the NBA. But he’s injured so often that his absence only brings the Lakers down to the level of one of the worst teams in the NBA. Trade Davis now and start a much needed rebuilding process.

Well, Anthony Davis is injured once again. It has been closed more than stores during the pandemic. I think AD should stand for Always Dinged.

It’s disgusting that Fox rushed to the NFL just moments after the thrilling World Championship game ended. That’s not the way to endear football to an American sports fan. It is malpractice for FIFA to have their US broadcast partner cut off so quickly.

I don’t understand how the Los Angeles Times, with its billion dollar owner, can afford to send prep reporters to Texas to cover a football game and Ohio to cover a basketball game but not afford it Can Hire a Local NHL Beat Reporter? If the Associated Press ever went out of business, how would we read about the Kings and Ducks games?

It seems like every week we get a letter tearing up The Times for not giving enough coverage of some unremarkable sport, sporting event, or event in the area that the author thinks gets that much coverage earns like the Lakers, Dodgers, Rams, USC Football, etc. I realize it could be a “Catch-22” because if this thing gets more coverage, it could generate more traffic. But the reality is: insignificant events get the same coverage. Especially since newspaper space is shrinking rapidly. I am passionate about the Cal State Fullerton Club hockey team and attend many games. But I know it’s ridiculous to expect the Times to cover it like the Kings did.

P-22 may not be with us anymore, but he lives in spirit. His light burns brightly in our hearts.

Asylum seekers on the U.S.-Mexico border wait for the end of Title 42