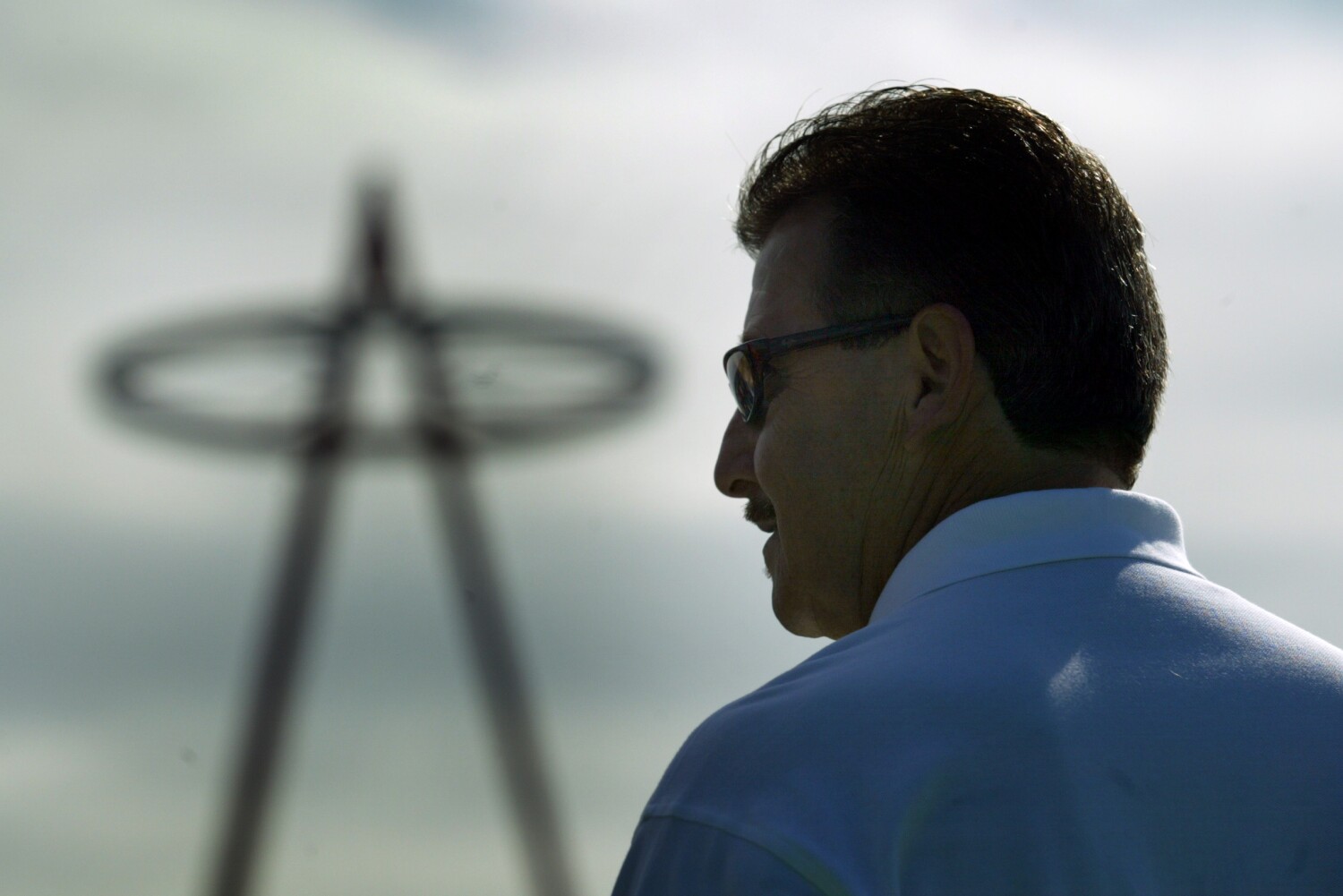 If you want to know why the angels stink, Mike DiGiovanna’s comprehensive analysis of organizational failure explains it all. The short answer is, “It’s Arte Moreno, idiot,” and word of the sale of the team hopefully promises better days. I’m sure the $2 billion profit he will make will soothe Arte’s broken ego.

I hope the new Angels owner doesn’t change the TV crew; Otherwise, we could miss the information provided by Patrick O’Neal Tuesday night. The Angels lost 3-1 and managed to hit with an out when O’Neal said, “If the Angels can put a man on base and then Trout hits a home run, the result is a tie.” Thanks for the insight into Major League Baseball.

Arte Moreno goes to Shark Tank to bring Mark Cuban and Alex Rodriguez together to buy the team:

“Hello, sharks. I’m Arte Moreno seeking $2.3 billion for a 100% interest in my underperforming big market baseball team. Well, sharks, everyone loves baseball. Wouldn’t you love to own a team with Mike Trout, Shohei Ohtani, and most importantly, a fan base that tolerates mistakes as long as you can take the kids to your team store and buy them a stuffed monkey?

Shohei Ohtani left the hill feeling sick last Sunday. Do not worry about it. Shohei will feel a lot better signing with the Dodgers at the end of the 2023 season.

The Angels for sale need only be the first shoe that turns a hapless team into a team worth watching. As much as Arte Moreno is the perfect scapegoat, he’s far from the only culprit.

Designing and cultivating one’s talent was non-existent. The number of educated players able to contribute to the current group is approaching zero. If Ohtani and Trout know what’s good for them, they’ll leave this team quicker than the basepaths since the path to meaningful wins won’t come during their active lifetimes.

Thanks to Helene Elliott for her story on the characteristics of the next Angels owner. Your last point in the story struck a chord with me as a longtime Angels fan. While no one can accuse me of being bright or being a big advocate for diversity and inclusion initiatives, as a minority I feel that Arte has failed in this regard. There are no major initiatives or programs to recognize the diverse communities that make up the Angels fandom.

The lack of anything like a Mexican heritage night or a Korean cultural night like recently at Dodger Stadium leads me to believe this is intentional. It almost feels like the Angels don’t want to drive out or shut down the mainstream (white) fanbase.

While Orange County is diverse, most in my community raise their kids as Dodgers fans for this reason. My fellow Little League coaches are planning to take their fallball teams to Mexican Heritage Night at Dodger Stadium on September 7th. Recently my Korean friends took their families to Korean Heritage Night to buy the amazing custom Dodgers caps. I don’t like the Dodgers, but I was jealous. I want an Angels cap with the Korean flag on the bottom of the peak. The same is true for the thousands of Korean Americans who live in Fullerton or Irvine.

Just what American sport needs: doubling weekly purses at PGA events, making wealthy golfers even richer. Reminds me of the competition between the NFL and AFL before the leagues merged in the late ’60s. Tour players should celebrate Greg Norman’s efforts on behalf of the LIV Tour, rather than disparaging him.

I want to complain about the minimal coverage the Los Angeles Times has given of the WNBA Playoffs. It’s pathetic compared to the coverage of the NBA playoffs. Also, the few articles you publish are all AP written.

In contrast, the Sunday paper featured an in-depth article written by a LAT staffer on high school football fan nutrition!

Also, there are many men with daughters who play basketball. Had Kobe Bryant been alive, he would undoubtedly have been an avid supporter of the sport, as his daughter Gianna was an active basketball player.

Once again, The Times barely recognizes boxing. Fighting for the greatest prize in sport, the world heavyweight championship, used to be as good as it gets. Now it only gets a blurb at the back of the sports section. The Joshua/Usyk fight on August 20th was an exciting event. Not only because of the sport and the great skills of the fighters, but even more because of the dramatic backstory.

Is the Times making a political statement, or are you just unaware of the really good things that are happening out there?

I thought I had died and gone to heaven on Monday morning when The Times had track and beach volleyball on the front page! Despite the incredible athletes, their amazing performances and interesting backstories, these sports rarely see the light of day outside of niche coverage. They really do it for the love of their sport.

Kudos to Andrew Greif for absolutely nailing it before, during and after the IAAF World Championships a month ago. And, perhaps most importantly, many thanks and appreciation to the decision makers in the sports department for not only approving these stories, but placing them in such prominent areas of the newspaper. Hats off to you all!

https://www.latimes.com/sports/story/2022-08-26/la-times-sports-letters-angels-sale-owner-arte-moreno Letters: Good riddance to Arte Moreno (and some stars?)

A year after the U.S. pullout from Afghanistan, refugees are still struggling to resettle

The best Chromebooks you can buy