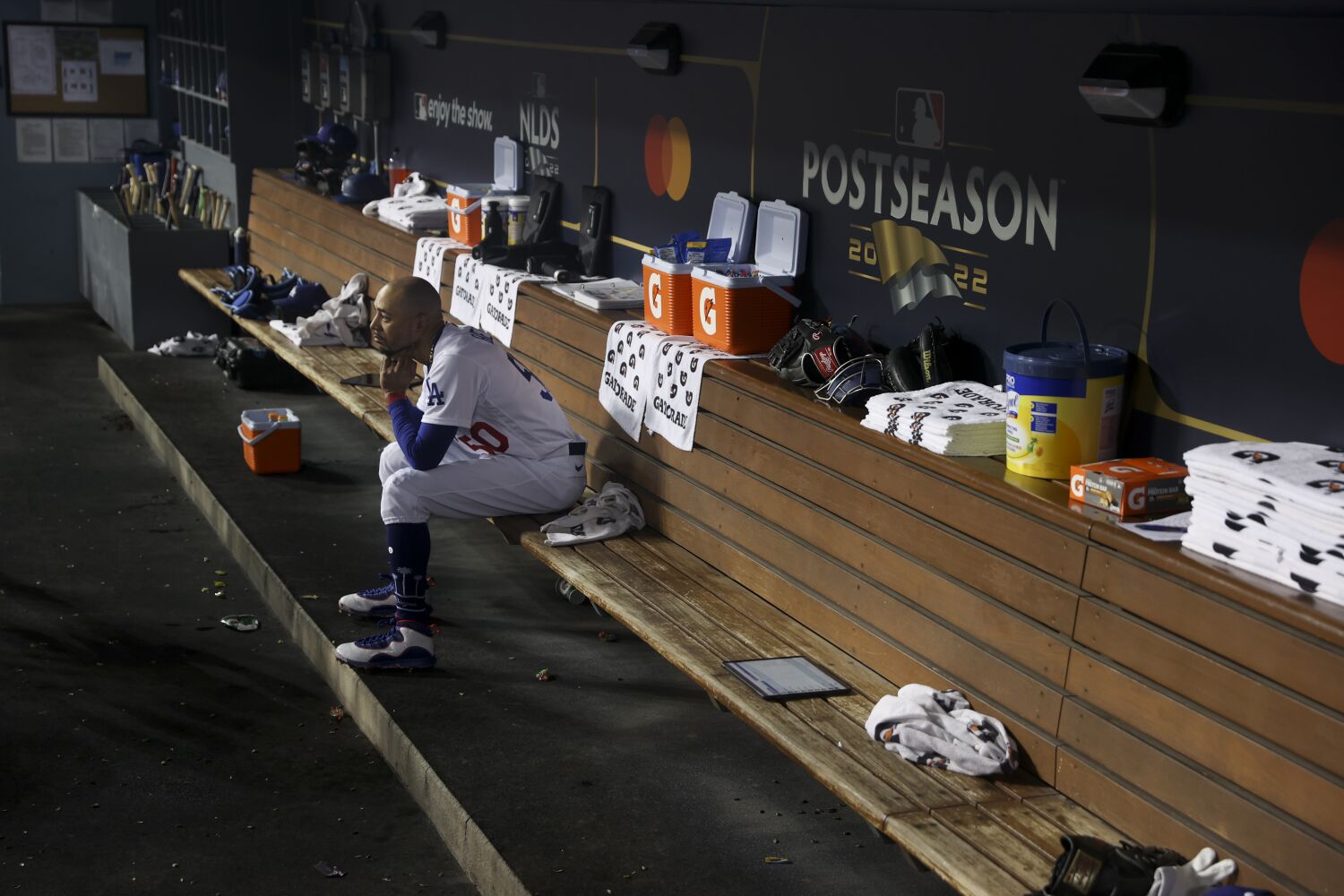 I really hope Bill Plaschke’s disparaging column about the Padres comes back to bite his butt.

It seems a certain sportswriter took it upon himself to knock on the Padres’ door. Interesting. As for Fernando Tatis Jr., wasn’t there a Manny Ramirez who played for the Dodgers? I thought maybe there was a problem or two with him during his tenure in Southern California.

Now everything is just noise. The winner of this Donnybrook must play either Philadelphia or Atlanta. The latter is likely to bring back bad memories for Dodger fans. Wasn’t there a guy called Jansen who used to promote you? I wonder where he went.

Well, Los Angeles, it came down to this. As much as I respect you, I have a feeling this could get ugly.

I understand that he wants to generate interest in his livelihood, but Bill Plaschke’s language of condoning hate is irresponsible at best and unacceptable at worst. As a writer, he knows that language has meaning. Inciting hatred promotes superiority, which is the only criterion required for group-based violence. Perhaps he needs a reminder that the rivalry between the Dodgers and the Giants has already resulted in one death and one near death.

Nice play, sharp contrast between Manny Machado – who can’t be bothered to do a play – and Darvish, who responded with dignity to Astro’s racist taunts.

It’s embarrassing for SportsNet LA and Fox Sports 1 to show endless replays of Dodger home runs etc. when the same thugs are either hitting with runners in scoring position or hitting on double plays.

It’s action, not memories, that we want.

Dodgers organist Dieter Ruehle is brilliant. Someone should collect a list of all the best times to send a message to the players. Padres third baseman Manny Machado might not have noticed, but after slamming the NLDS in the fourth inning of Game 1, Dieter mockingly played a few bars of “The Hustle.” I only wish I could have recognized more tunes to interpret his clever and timely comments.

While so much news is bad by definition, thank you for the delightful article on the mariachis at Dodger Stadium. A well deserved Page 1 ranking for you and the readers of The Times.

America at its best.

By the time this letter goes to press we will know if two mediocre teams, both of whom have not even won 90 games and finished double digits behind the leaders, are playing for the NL pennant. This scenario illustrates the absurdity of baseball’s playoff format. Why play the regular season at all when a lousy team can get hot in October, win three meager games and progress? At least these teams shouldn’t have gotten home games like in the wildcard series.

After some ridiculous shouts roughing up passers-by, the NFL doubled down and announced there is “no backing down” when it comes to player safety. Hypocrite! If that were true, we would rip the artificial turf out of every stadium in the country.

While I wholeheartedly agree with Bill Plaschke’s accolades for Bruins quarterback Dorian Thompson-Robinson, it was no small thing that running back Zach Charbonnet’s 198-yard rushing performance was instrumental in setting up many of the Bruins’ touchdowns. Spread the credit and the Heisman talk.

You can get a serious case of whiplash watching Bill Plaschke jumping up and down based on the results of a game. Less than a month ago, after beating Stanford, Plaschke wrote that it was a “fact” that USC quarterback Caleb Williams was “possibly the best player in the country.” Now, after being wowed by UCLA’s Dorian Thompson-Robinson effort against Utah, Plaschke doesn’t even rate Williams as the best quarterback in town.

Hey Bill, don’t you think these statements are best made at the end of the season when all the facts and data and eye tests are in?

Nobody should go to Las Vegas with Coach Staley. He’s a bad player with a problem. He didn’t learn his lesson when his poor decisions on fourth downs cost the Chargers a playoff berth last season.

He relinquished the game to the Browns. His defense didn’t stop her. He was just lucky that the kicker missed the field goal. Everyone in the world but him was sure they would sting. Worst call I’ve ever seen.

There’s a new over-under bet in the NFL. Sportsbook now offers a bet based on the total number of boners attributed to Chargers coach Brandon Staley each week. Last week it was set at two, but he shocked smart money by only committing one. (Some said it was so stupid it should have counted as three.)

https://www.latimes.com/sports/story/2022-10-14/la-times-sports-letters-dodgers-bill-plasche-trouble Letters to Sports: Dodgers, and Bill Plaschke, in some trouble

Devils take on the Kraken after shootout victory