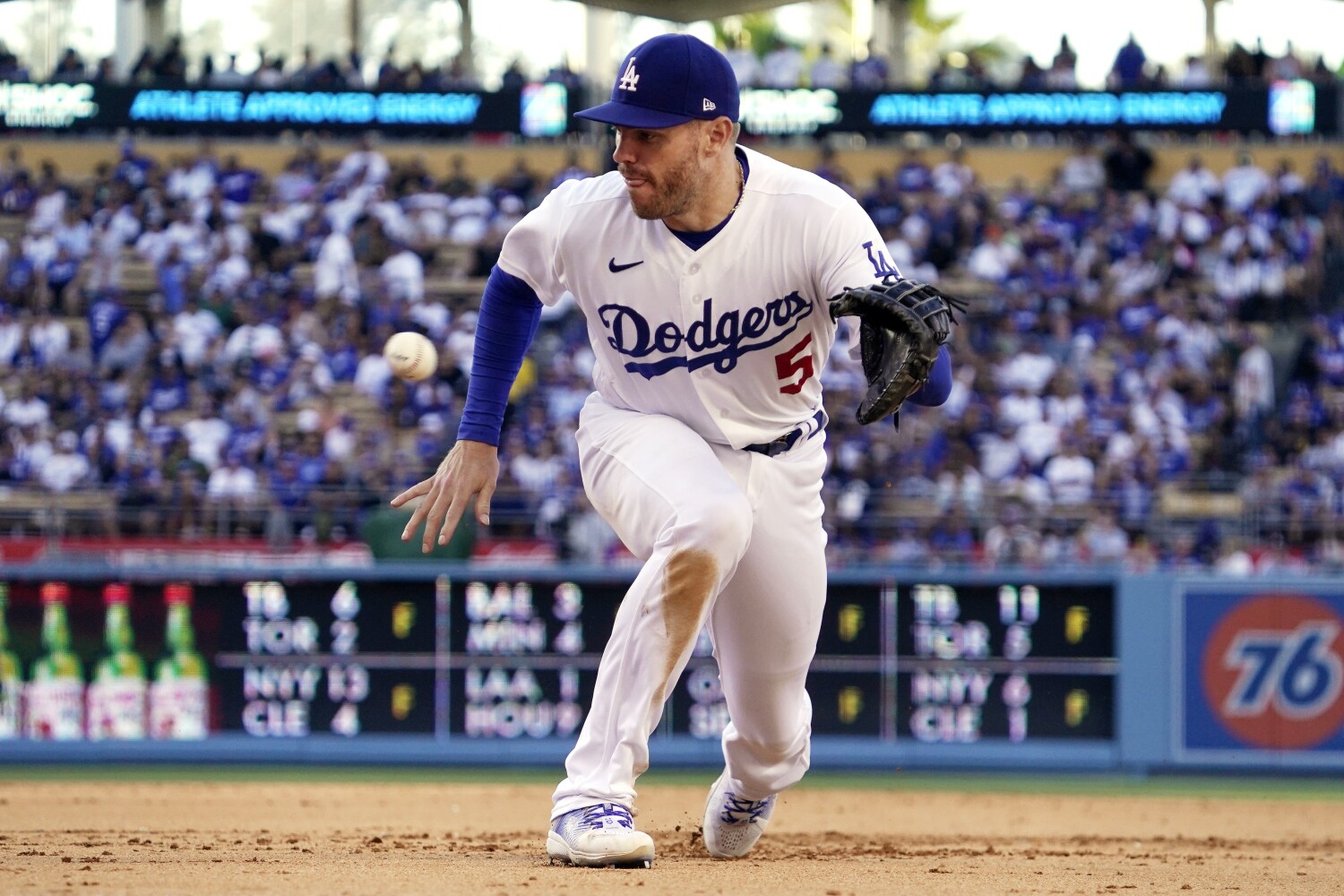 Dylan Hernandez’s demonization of Freddie Freeman struck me as wrong. Put yourself in his shoes. He came up in the Braves organization and has many fond memories. These are not deleted immediately.

Freddie is an emotional guy. He asked for this chapter to be closed, but no, the sensational press won’t allow it. There is too much media demonization in the political world. To escape this, I turn to sports. Let Freddie prove himself on the field and earn his reward.

Dylan Hernandez’s column (headline?) about Freddie Freeman triggered my gag reflex. Hernandez refers to Freeman as the “archetype of the eligible athlete”. The Dodgers’ roster is full of eligible athletes who paid tens of millions of dollars a year. Hello Mookie, Cody, Trea, Justin, Clayton and others.

Hernandez accuses Freeman of running a three-month advertising campaign to boost his image with Atlanta fans. So, if reporters bombard Freddie with questions in the weeks leading up to the show in Atlanta, and if Freddie answers those questions and presents his side of the story, does that constitute a publicity campaign? And if he now says, “The chapter is closed,” is his reputation as one of the good guys in the game in question?

It seems Hernandez wants both. Either Freddie continues to address the issue (i.e. advertising campaign) or his “image is far from the truth”.

Freeman is a Gold Glove first baseman who hits .300 and drives in first place runs for the Dodgers. That’s all he owes the team, his fans, and Dylan Hernandez.

Have a good trip, Hernández!

They took a talented new hero that Dodger fans fell in love with and beat him up for looking for a better contract. Why the hatchet job on this ex-Brave? Was it really necessary? We have so few heroes these days. Do you have to overthrow them?

They took Santa and made him Trevor Bauer. What upcoming columns do you have for us? Did Sandy Koufax ever make trash? Was Jackie Robinson ever caught jaywalking down Ventura Boulevard?

The Dodgers’ decision to ban longtime Dodger peanut salesman Roger Owens from flippantly throwing bags of peanuts at fans (of his and the Dodgers) is nothing short of ridiculous.

Owens has been throwing sacks of peanuts behind his back, under his legs, hook shots and long bombs for as long as the LA Dodgers have been, well, the LA Dodgers. He’s iconic. You were happy when you were in your department and disappointed when you weren’t.

The decision was made by the geniuses at Levy Restaurants, the company that now operates the Dodger Stadium concessions. They claim it’s for “fan safety”. Next up is the 7th inning stretch because it puts the fans sitting next to or behind/in front of you at risk as you could accidentally bump into them.

I mean, what are these guys, crazy people?

Given the current climate of decaying civilization and how badly people misbehave and commit untold crimes against humanity, I hardly believe that a long-standing fun tradition and rituals fans love, like tossing a bag of peanuts at Dodger Stadium into the Crowd, one reason for that is a ban!” In the scheme of life and a list of what’s dangerous and risky, that sure gets to the bottom of it all. It’s one of the few happy things left to enjoy, so loosen up, hit and play ball. Keep the peanuts flying and say it ain’t so!

When will the Dodgers wake up and acknowledge that Craig Kimbrel couldn’t be closer to them? Kimbrel clearly doesn’t have what it takes. And wouldn’t it be nice to have AJ Pollock now? If the Dodgers are serious about competing for the World Series, they should find a replacement for Kimbrel soon.

It was becoming increasingly clear that the only reason Kimbrel was pitching in the ninth inning was that his contract must state that he must pitch a certain number of innings per week/month etc.

It must be getting harder and harder for Roberts to face the members of the Dodger team when he keeps making bad decisions.

They can blame the Angels’ problems on bad deals and injured players. You can fire the manager or hire a new GM. Or maybe it’s just bad luck.

Whatever it is, the angels stink from the head, and that’s owner Arte Moreno. You tried dude but for the sake of the fans take your profits and sell this team to management who know how to win because you don’t.

I have no doubt that Brittney Griner is a prominent political prisoner. But how immature could she be? Who packs hash oil in their suitcase to take to a country where the drug is illegal? Don’t American athletes already have the idea that whether you steal a pair of sunglasses in China or smoke marijuana before an Olympic drug test, you’re in trouble if you break another country’s rules?

In addition to breaking the law, Griner lost a lucrative contract to play basketball in Russia. If I were the Russian, I would send Griner home as yet another example of a spoiled and spoiled American athlete.

Can’t live with that

Why are you giving the LIV blood money tour top billing? Why are you even showing the results? All of these players are greedy, selfish traitors to the tours that got them a good life.

Larry Scott’s hangover continues with the Pac-12 as USC and UCLA look for more money to enter the Big Ten Conference. Kudos to the Trojans and Bruins. NBA players sign contracts worth around a quarter billion dollars. insane numbers. But when a PGA player moves to the LIV Tour to make more money, that’s frowned upon. Our sports world is a bit crazy.

So UCLA and USC fans won’t be attending street games anymore, but with more people watching on TV, they’ll get more money to bolster the bottom half of the Big Ten league table. I have it!

The former Fox Sports president estimates that USC and UCLA are worth a combined $200 million annually in the next media rights deal. The rest of the Pac-12 is valued at about $30 million per team.

So when a Cal football fan writes to call USC — and their $70 million-a-year subsidy for the remainder of the conference — “greedy,” they absolutely and succinctly embody why USC had no choice but to to switch Big Ten.

The really funny thing is that both UCLA and USC have advanced graduate programs in geography.

If things don’t work out with the Big Ten, they should go for win-win and apply to the Ivy League. Easy wins and Ivy League school status could boost both schools’ academic reputations.

I assume the Big Ten will pay USC in bitcoin.

For D'Lo, to be a comedian is to be a "practitioner of joy"